The aircraft carrying the vice president, codenamed Air Force Two, suffered a bird strike after taking off from… 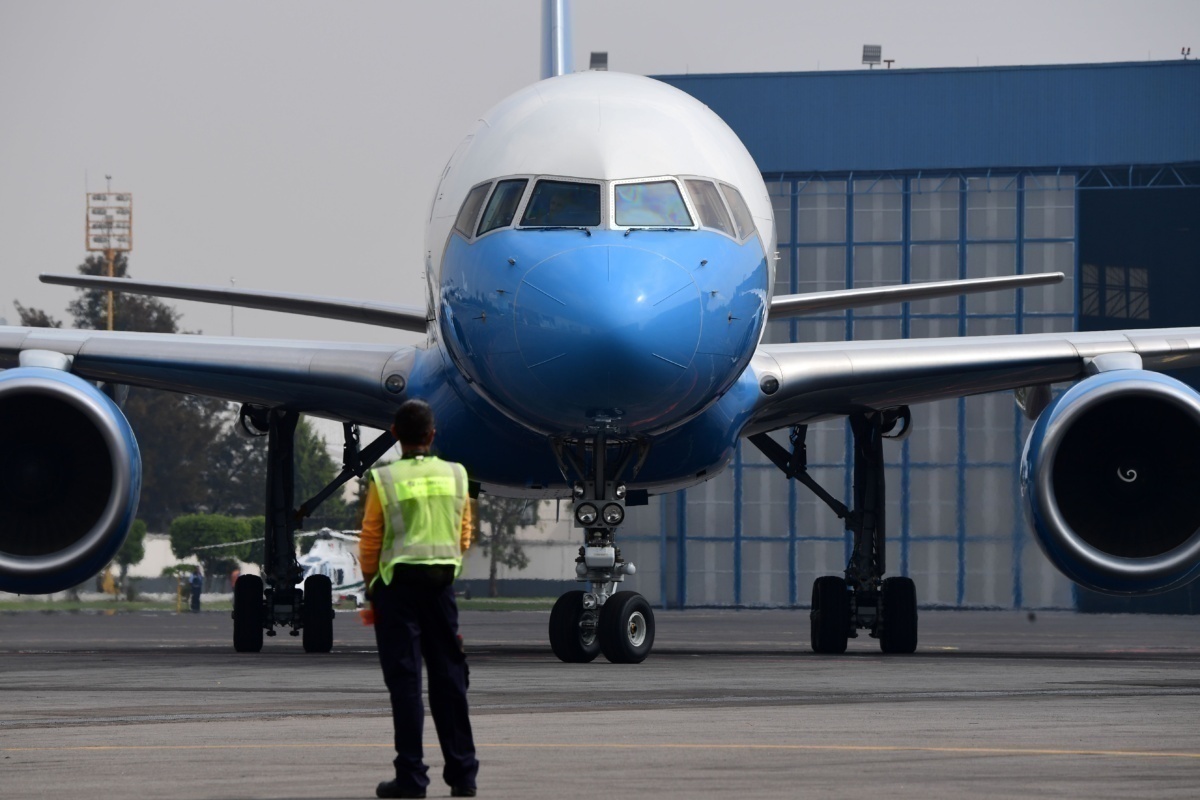 The aircraft carrying the vice president, codenamed Air Force Two, suffered a bird strike after taking off from a New Hampshire airport yesterday. The Boeing 757 ingested a bird while climbing out of Manchester-Boston regional airport, forcing Mike Pence and his staff to abandon the flight. The vice president later flew to Washington DC on a military cargo plane.

Air Force Two gets the bird

Vice president Mike Pence had just wrapped up a campaign event at an airport hangar in Gilford, New Hampshire, and was preparing to return to Washington DC when the incident occurred. Air Force Two, a modified Boeing 757, took off from Manchester-Boston regional airport just as the sun was setting.

Just seconds into the climb, the aircraft appears to hit an object, suspected to be a bird.

Local spotter MHT Aviation was on the scene and shared a video of the moment the strike happened. The bird ingestion can be seen at around 1:16, accompanied by sparks from the engine.

The trajectory and flight path of the 757 seems undisturbed, and no smoke is emitted by the engine. This suggests that any damage was superficial and that Air Force Two could have continued on its journey. However, given the importance of the passengers onboard and out of an abundance of caution, the pilots brought the plane back to the airport, landing safely around 15 minutes later.

Emergency services met the aircraft, but nobody was hurt. Photos shared on social media show Mike Pence inspecting the engine of Air Force Two himself after the plane touched down.

After a short delay, Pence and his entourage were accommodated on a different flight back to Washington. Unfortunately for the vice president, this one didn’t quite have the same level of comfort to which he is accustomed.

Air Force 2 has a little different look tonight. Now in a C17 and happy for it! Thanks to the pilots and crew for getting us safely back on the ground. pic.twitter.com/N81N9MK8Ra

It’s not the first time Pence has had some trouble with his campaign plane. Back in 2016, when he was campaigning as vice presidential nominee, his Boeing 737-700 skidded off a rainy runway at LaGuardia in New York.

The plane reportedly had a rough landing, which followed with the pilot ‘slamming on the brakes’ causing it to skid out of control. It overshot the runway by some measure, coming to rest on a crushable concrete barrier, which saved it from ending up on a nearby highway.

Post-accident investigation revealed that the plane landed much too late, more than halfway down the 7,000-foot landing strip. However, it could have been saved even then if not for pilot errors that exacerbated what was already a difficult landing.

The plane, a 737 chartered from Eastern Air Lines, had malfunctioning spoilers, also known as speed brakes. These usually deploy automatically as soon as the wheels hit the ground, but in this case, the device was not working, so pilots needed to deploy them manually. A several second delay in activating the speed brakes caused the runway excursion. The NTSB found that, had they been deployed in good time, only the front wheels would have left then runway.

Thankfully, Pence and the other 38 people on board deplaned safely.

Have you ever been on a plane during a bird strike, or perhaps a runway excursion? Tell us about your experience in the comments.

How A COVID-19 Vaccine Will Change The Aviation Industry

Ethiopian Airlines May Rescue And Create New Airlines All...