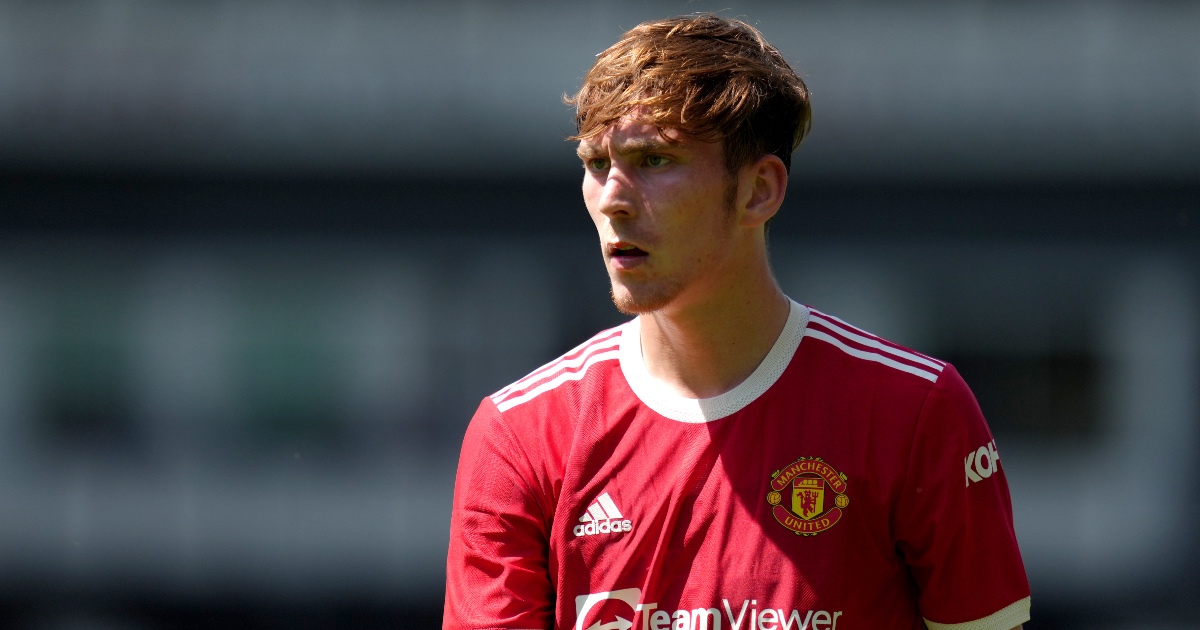 Championship side Sheffield United have placed James Garner of Manchester United on their wish list, according to reports.

Garner is a 20-year-old defensive midfielder who has come through the Red Devils’ famed academy.

He made 40 Championship appearances last season across two loan spells, at Watford and Nottingham Forest respectively.

Garner is currently training as part of Ole Gunnar Solskjaer’s pre-season camp, but he could soon be on the move.

states that Sheff Utd are hoping to sign him on loan ahead of the upcoming campaign.

The Blades are ‘very keen’ on the young talent and believe he could help them in their bid for an immediate return to the Premier League.

Signing the England U20 international would also give Slavisa Jokanovic a failsafe in case Sander Berge leaves Bramall Lane.

The Norway star, 23, has received attention from and Aston Villa in recent months.

He was signed by Sheff Utd for £22million and will therefore command a fee of at least £30m.

Sheff Utd are aiming to use their good relationship with Man Utd to get a deal for Garner over the line.

Dean Henderson spent two seasons in south Yorkshire between 2018 and 2020 and improved massively in that time.

He had a fantastic campaign in 2019/20 as the Blades picked up a top ten finish.

Club chiefs will use that example as a major reason for Garner joining on loan.

Jokanovic is yet to make any summer signings, although his squad is already strong.

The Serbian can rely on John Fleck, Ollie Norwood and Ben Osborn in central midfield, in addition to Berge.

Academy graduate Regan Slater is also available after returning from a temporary spell with Hull City.

Bringing Garner to the club would provide the manager with even more cover in case of injuries.

The report also provides an update on the future of Man Utd centre-back Axel Tuanzebe.

The 23-year-old is almost certain to leave Old Trafford this summer due to the impending arrival of Raphael Varane.

It’s claimed that Man Utd want £5m for him to go on loan this season, .

Such a fee would cover his wages and a loan sum, with the 13-time Premier League champions refusing to negotiate downwards.

Spurs defender in talks with Sevilla amid Kounde-Chelsea saga

Spurs defender in talks with Sevilla amid Kounde-Chelsea saga

The agent of Davinson Sanchez has … The post Spurs defender in talks with Sevilla amid Kounde-Chelsea saga appeared first on Football365. 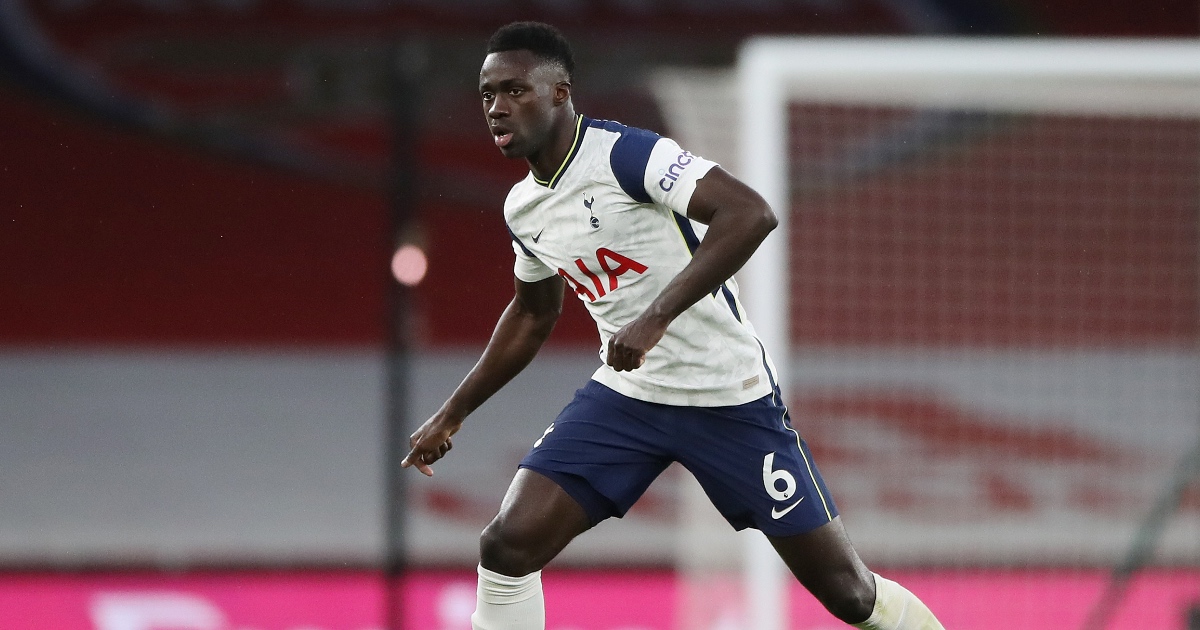 Spurs centre-back Davinson Sanchez could be signed by Sevilla as a replacement for Chelsea-bound Jules Kounde.

Sanchez, 25, has struggled in the Premier League since his £42million move from Ajax in August 2017.

He played alongside Eric Dier during Jose Mourinho’s tenure but received criticism from fans and pundits alike.

The Colombian international could be pushed further down the pecking order at Spurs if .

Sanchez’s agent, Nestor Fernando, has now revealed that initial discussions have taken place with Sevilla over a summer move.

Speaking to Colombian outlet Caracol Radio (), Fernando said: “They are just rumours, yes I have spoken with the people of Seville, but at the moment they have the complete squad.

“If there is a transfer on their part, those rumours could be true, but there is nothing specifically, only conversations.”

Fernando’s hint at a ‘complete squad’ could be linked to the future of starlet Kounde.

The 22-year-old is a top target for Chelsea and .

Fabrizio Romano claimed on Wednesday that the Blues had submitted a bid worth €30-35m, plus Kurt Zouma.

The two sides are locked in transfer talks as Sevilla are holding out for an increased fee.

Sanchez’s future in England will therefore depend on Chelsea’s pursuit of Kounde.

Should the Champions League holders get their man, then Sevilla might re-open negotiations with Sanchez’s agent.

The centre-half made 18 Premier League appearances last term as Spurs finished seventh, handing them a place in the Europa Conference League.

He picked up criticism from former Premier League striker Noel Whelan in April.

“Sanchez hasn’t looked great for a while now,” .

“We’re talking about fine margins and you look back on goals they concede when he’s in the side and it’s always little mistakes that cost them.

“The next goal at 2-1 up against Newcastle would have killed them off but these little mistakes just kept giving them hope.

“ will have been very disappointed to have kept giving Newcastle that hope. That’s not what you need when you’re meant to be going for Europe, is it?

“He’ll be tearing his hair out when he watches the goals they conceded. Schoolboy mistakes, especially from Sanchez. Shocking stuff.”

and has since taken charge of Roma.

The post Spurs defender in talks with Sevilla amid Kounde-Chelsea saga appeared first on Football365. 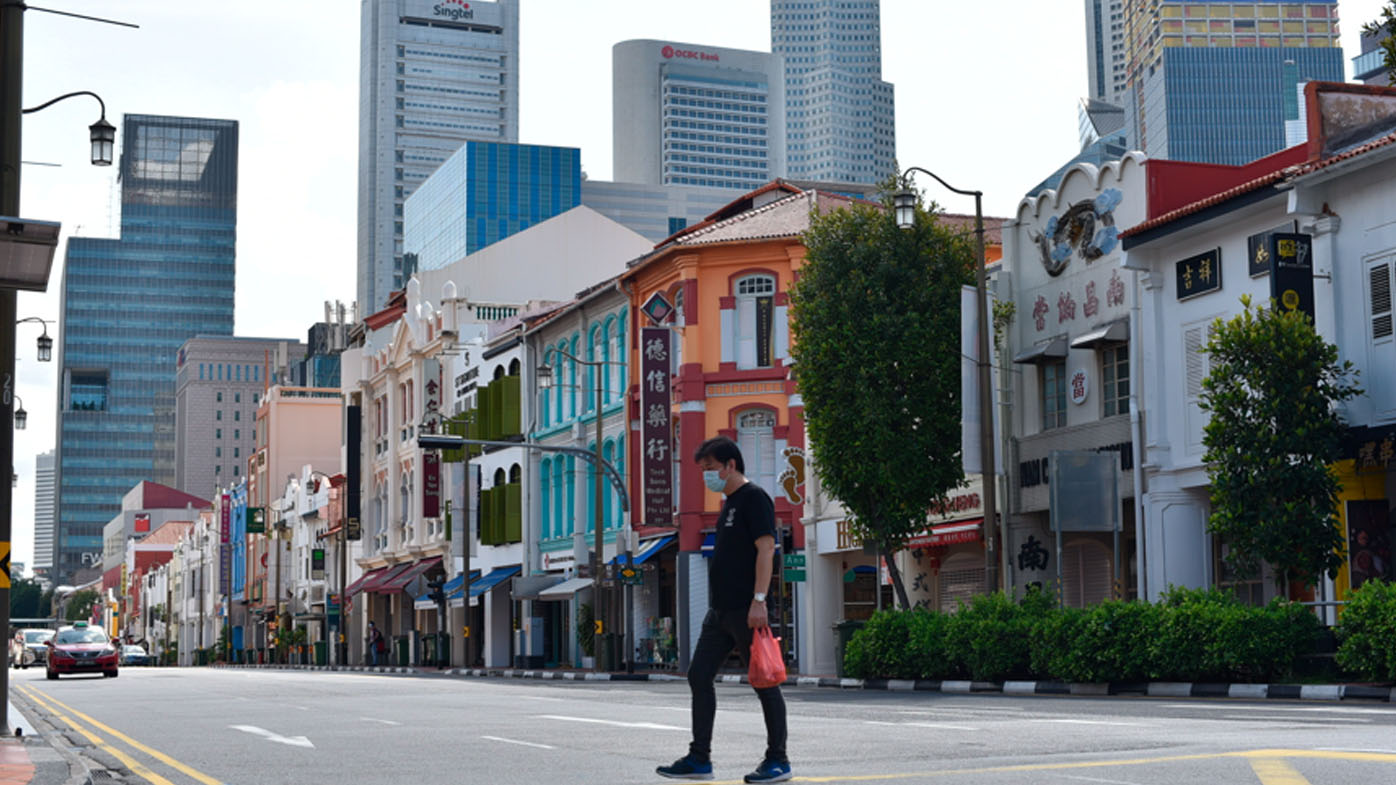 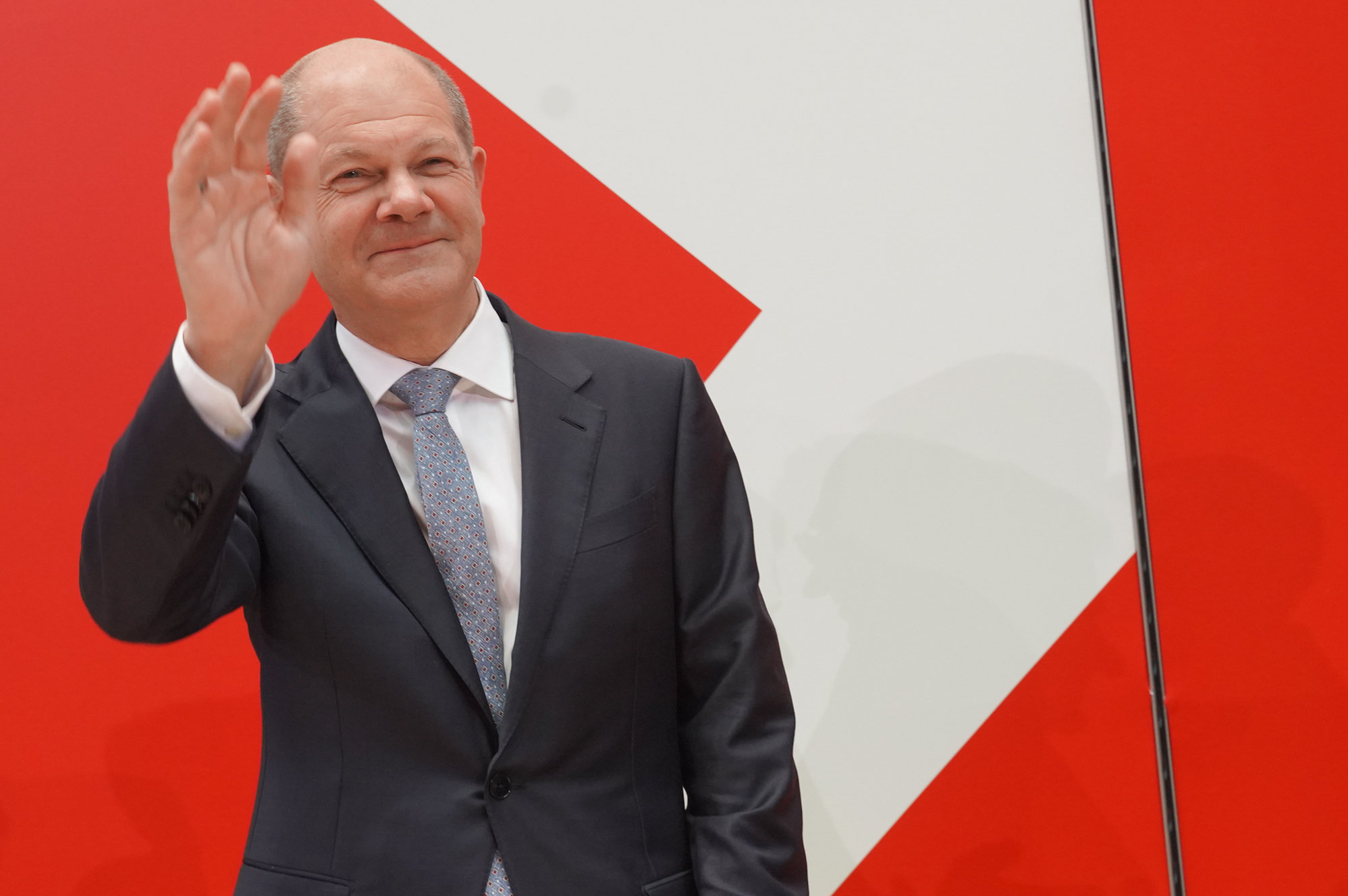 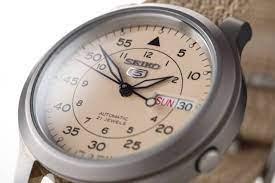 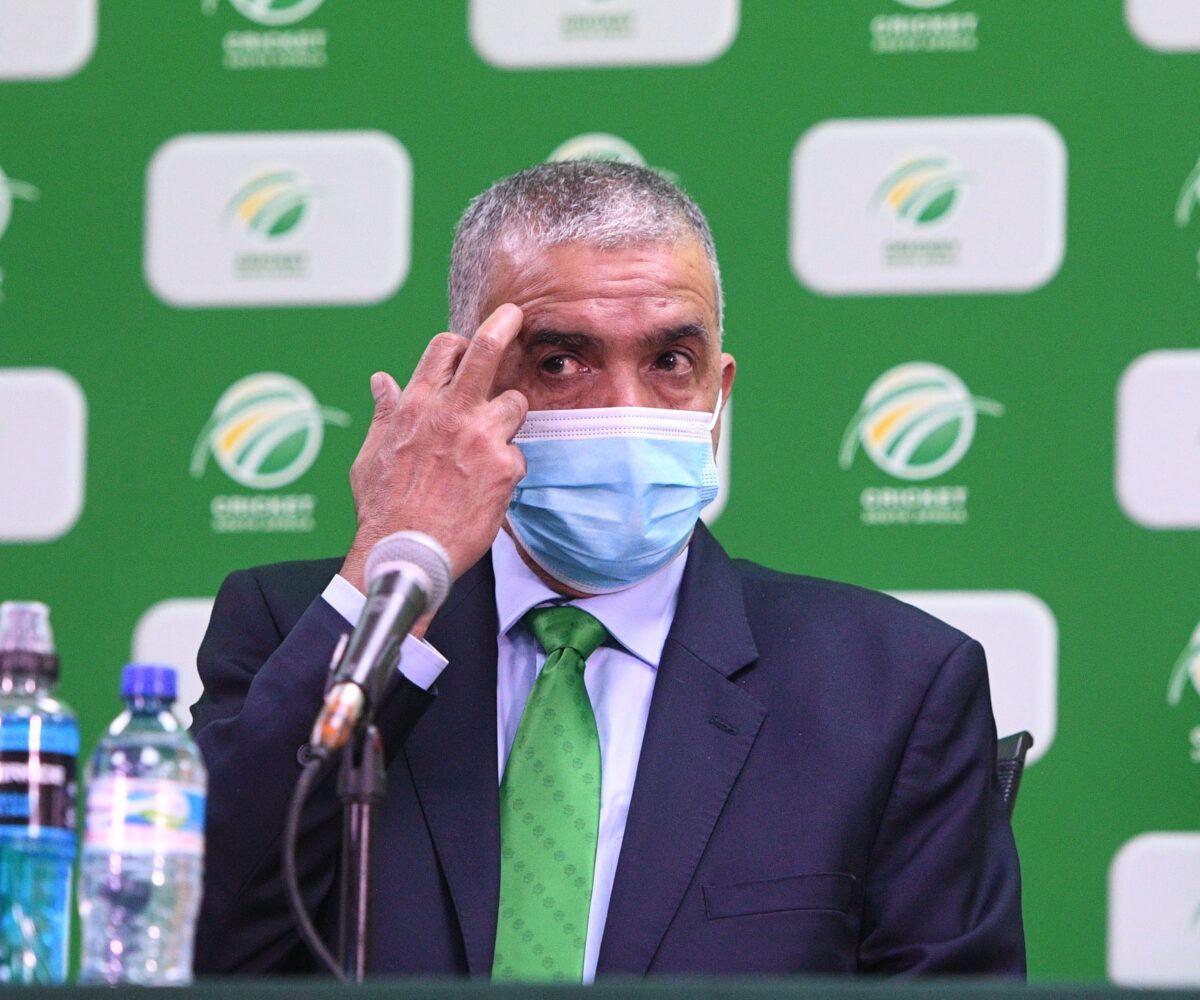