Ever since they finally got married, there's been non-stop talk about what's next for Blake Shelton and Gwen Stefani.

Since Gwen Stefani and Blake Shelton officially tied the knot in early July, there’s been non-stop headlines about possible pregnancy rumors. With the number of varying stories, it’s tough to separate fact from fiction. Gossip Cop has investigated a lot of pregnancy rumors for Stefani and Shelton, so let’s take a look at the latest.

According to HollywoodLife, Gwen Stefani and Blake Shelton were “talking about having a baby” in July. The outlet noted that starting a family was a natural next step for the newlyweds. After having three sons with her ex Gavin Rossdale, Stefani thought “it would be incredible to have a little girl,” one source leaked.

“It’s no secret that Gwen wants a daughter; she’s spoken very publicly about it,” another insider remarked. Even though Shelton “considers himself a father” to Stefani’s three sons, the singer “would really love a biological child of his own,” the source snitched. “Gwen knows her age is a factor,” the tattler said, but apparently, “that’s not stopping her.”

We covered every detail of this story, and you can read the complete breakdown here.

HollywoodLife was rather vague about Stefani and Shelton’s method for welcoming a baby girl to their lives, but the National Enquirer alleged the couple was turning to friends Nicole Kidman and Keith Urban for surrogacy advice. “Gwen has talked at length with Nicole, who has been through the process,” a friend revealed.

Although Stefani figured having her youngest son, Apollo, at age 44 “was the end of her baby-making years,” she wanted to have another kid with Shelton. The tabloid alleged the couple had already met with several doctors to discuss their options. But one thing was for sure, both Stefani and Shelton were eager for a newborn. “Blake’s already bonded with her boys and is praying they will end up with a girl!” the source claimed.

Want to know more? Check out the full report from Gossip Cop.

A few days ago, Us Weekly revealed Stefani and Shelton were still eager to expand their family. “There’s a sudden sense of longing to have a family of his own,” an insider stated, describing Shelton’s excitement about becoming a dad. The same source admitted that the couple’s “plan has hit a few snags, as it’s been tough finding a surrogate during COVID-19.”

Adding to their delays, the magazine leaked, was that Stefani refused to settle for a less-than-perfect surrogate despite her age and Shelton’s dream of having a biological child. The outlet concluded its story by assuring reader that “if everything goes according to plan, they will have a baby in their arms by the end of 2022.”

If you’re looking for all the details about this story, we investigated the claims in an article of our own here.

Carly Fiorina sparked debate amongst The View fans after she made some controversial comments about Donald Trump and the Republican party. 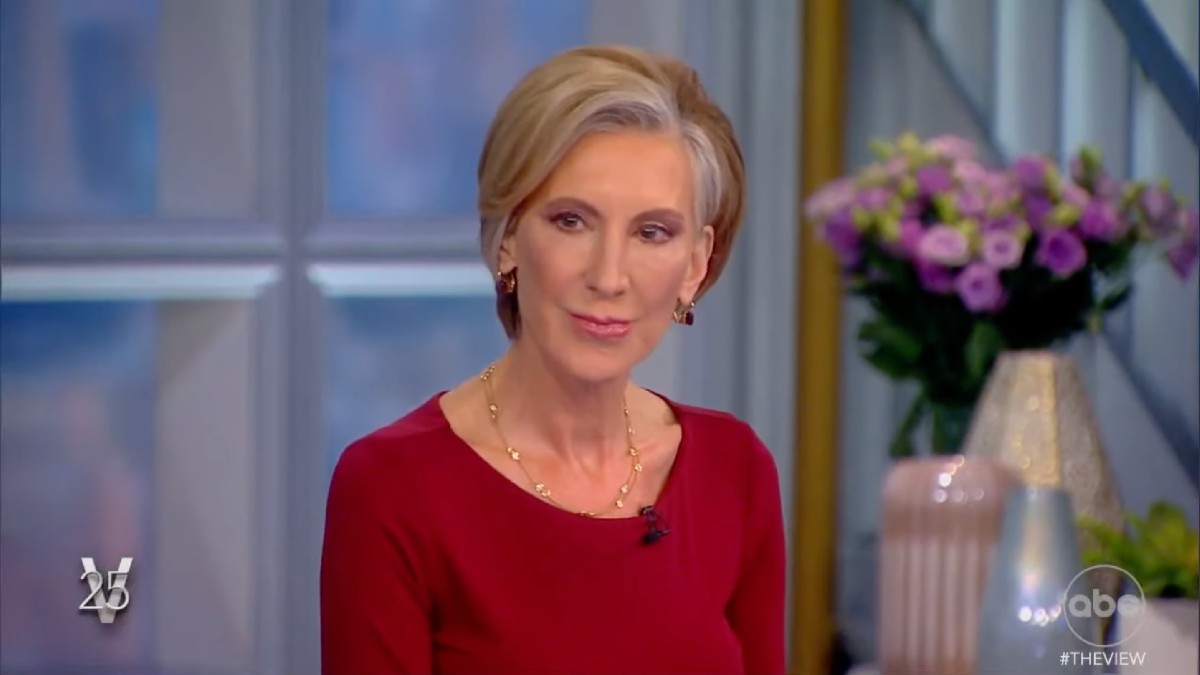 In the weeks since Meghan McCain exited the popular daytime talk show, The View has been inviting a rotating roster of conservative guest hosts to fill her spot. The idea behind this revolving door of guest hosts is to find the perfect woman to fill McCain’s absence on the panel and provide a different perspective from the other, more liberal co-hosts like Whoopi Goldberg and Joy Behar. Former Republican presidential candidate Carly Fiorina recently appeared on the show and the audience seemed torn on her joining permanently, despite her strong showing.

Carly Fiorina Makes A Big Splash On ‘The View’

As The View continues to try out new conservative voices on its panel, the audience has reacted to the various performances in real-time through Twitter. The show recently welcomed former HP CEO and Republican presidential candidate Carly Fiorina and she soon caused a divide among fans.

The range of topics that day ran the gamut from the Gabby Petito tragedy, to telecommuting, to the fate of the Republican party under the leadership of former president Donald J. Trump. It was the latter topic that brought Fiorina’s biggest reaction online.

After Whoopi Goldberg asked if she recognized the Republican party after running for president in 2016, Fiorina answered, “It’s very sad, honestly.” She continued, “Way back in 2015, I was saying that Trump lacked both character and competence. Sadly I was right. But I think what we didn’t understand then was how dangerous this combination would become. The party has changed so much.”

Of the current state of the Republican party, particularly the January 6 riots earlier this year, she said, “I personally am horrified by what the term ‘conservative’ has come to mean.” Fiorina added, “I think people need to speak up. But I agree: right now, it’s not looking too good.”

The Reactions Are In

Some of the former president’s biggest supporters took some umbrage with that statement. Others soon chimed in with their own negative reactions.

Not everyone agreed, however. Some thought Fiorina’s conservative, steady voice was exactly what the show needed after Meghan McCain’s fiery presence.

With her experience both in business and in politics, Fiorina would certainly make an interesting addition to the panel. The search for The View’s next permanent host is far from over, however. There are still plenty of candidates itching to take their turn at the table. Producers for the show have said they’ll pick whoever has the best chemistry with the rest of the co-hosts, which bodes well for Fiorina, who fit in like she’d always been there.

Everything You Need To Know About Steve Harvey's Marriages...

Deepika Padukone wants her fans to watch this Hollywood...

Truth About Meghan Markle and Prince Harry’s Life In America

Arbaaz Khan breaks his silence on the allegations by Abhinav...