One by one, die-hard supporters of former President Donald Trump are now blaming him for their actions that day, after being charged by federal prosecutors and facing possible jail time.

The "Trump defence" is taking shape among some alleged US Capitol rioters.

One by one, die-hard supporters of former President Donald Trump are now blaming him for their actions that day, after being charged by federal prosecutors and facing possible jail time.

A lawyer for one rioter who allegedly attacked police officers with a baseball bat said he was "inspired" by Trump's incendiary speech at a rally beforehand. The so-called QAnon shaman, whose horned bearskin headdress made him go viral, now claims he was "duped" by Trump, his lawyer said.

At this point, the statements may be more of a public relations strategy than an articulated legal defence. But they dovetail with Democrats' case in favour of impeaching and convicting Trump; they agree that the former president incited the deadly insurrection that overwhelmed the Capitol on January 6.

More than 150 people have been charged in connection with the attack, according to CNN's latest tally.

"You become very self-interested very quickly when you've been charged by the Department of Justice," said Elie Honig, a CNN legal analyst and former federal prosecutor.

"Whatever political mission these people thought they were on while invading the Capitol, now that they might get locked up, they'll point the finger wherever they need to. Political goals now go out the window."

'Inspired' and 'roused' by Trump

Democrats cited some of initial arrests in their hurried House Judiciary Committee report released before the impeachment vote. The 76-page document claimed the charges proved that Trump's rhetoric during the transition had motivated his staunchest supporters to attack the Capitol.

Meanwhile, defence attorneys for some alleged rioters are tacitly making the Democrats' case.

At a recent hearing, a lawyer for Emanuel Jackson blamed Trump while arguing that he should be released before trial. Jackson, 20, of Maryland, was charged with five crimes, including assaulting law enforcement, after he was seen on bodycam footage hitting officers with a baseball bat.

"The nature and circumstances of this offence must be viewed through the lens of an event inspired by the President of the United States," defence attorney Brandi Harden wrote in court filings, adding that Jackson attended the rally beforehand where "Trump roused the crowd" by telling supporters to "fight like hell" against lawmakers who refused to overturn the results.

At the hearing, Harden said Jackson had been unduly influenced by "some kind of propaganda," and referred to several right-wing theories that Jackson embraced after Trump promoted them.

The judge sided with the Justice Department and ordered Jackson to stay in jail before his trial.

Lawyers for another defendant, Edward Lang of New York, put out a news release last week citing comments from Senate Minority Leader Mitch McConnell that Trump had "provoked" the violence. Lang was charged after posting incriminating photos on social media from the riot.

There is plenty of new fodder for Democrats in the latest batch of unsealed criminal charges.

In charging papers unsealed Tuesday, prosecutors cited messages sent by another alleged rioter, Kenneth Grayson of Pennsylvania, 51, where he said he was following Trump's orders.

"I'm there for the greatest celebration of all time after Pence leads the Senate flip!! OR IM THERE IF TRUMP TELLS US TO STORM THE F------ CAPITAL IMA DO THAT THEN!" Grayson told a friend on Facebook, referring to Trump's effort to pressure then-Vice President Mike Pence to overturn his loss by nullifying dozens of electoral votes for President Joe Biden.

Separately, an alleged rioter from Texas implicated Trump this week after he was charged with five federal crimes, including death threats against Democratic Rep. Alexandria Ocasio-Cortez of New York.

"I was in Washington, D.C. on January 6, 2021, because I believed I was following the instructions of former President Trump and he was my president and the commander-in-chief. His statements also had me believing the election was stolen from him," Garret Miller, 34, said in a statement released by his attorney, where he also apologised directly to Ocasio-Cortez. 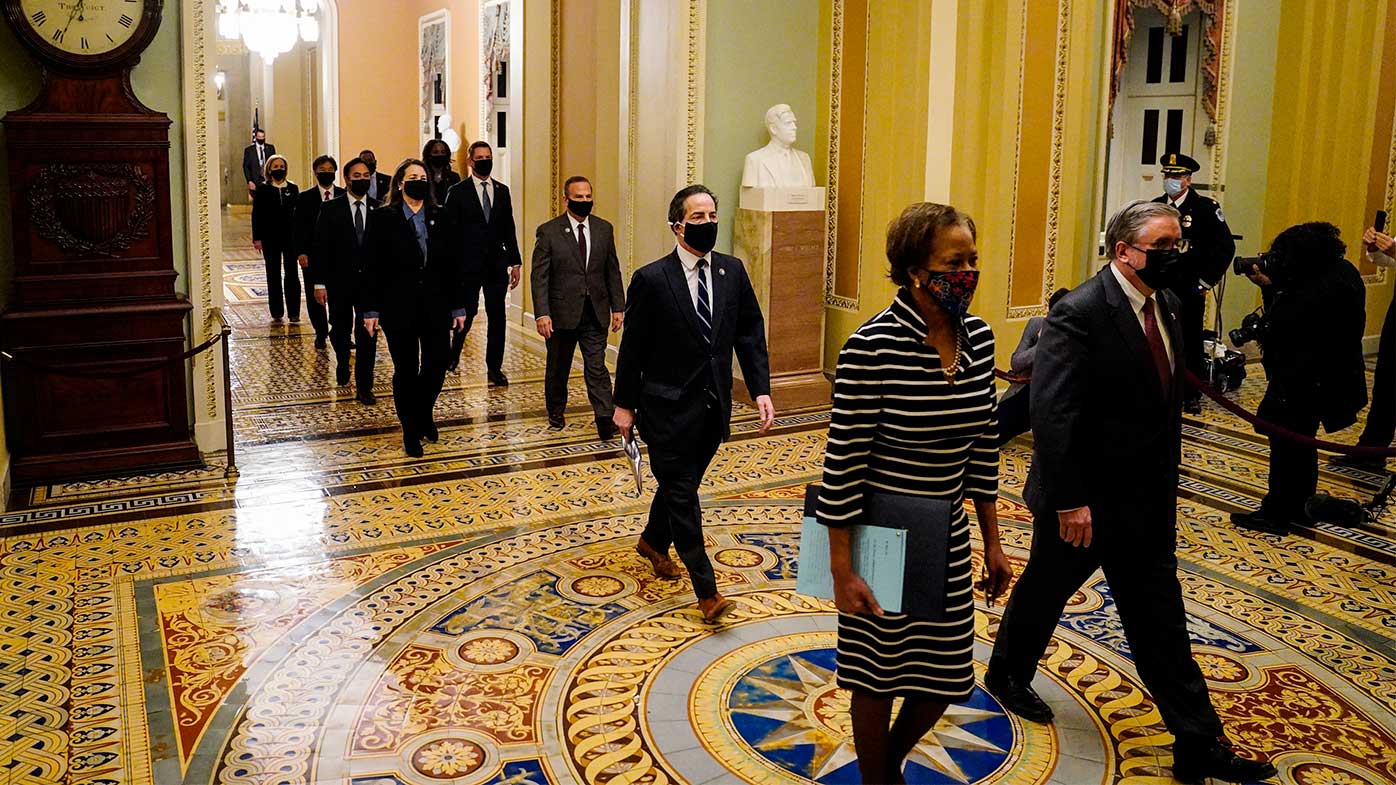 Miller said he was willing to testify at "any trial or Congressional proceeding." His attorney Clinton Broden told CNN on Tuesday that this includes Trump's impeachment trial in the Senate.

A judge ordered Miller to remain in jail before trial, according to the Justice Department.

At this early stage in the proceedings, political comments like these are more about posturing and messaging in the court of public opinion than about securing favourable outcomes in court.

It has yet to be seen how many defendants will proceed to trial and then, at that point, would mount a "Trump defence."

"The best-case scenario for a defence like that is that you catch the ear of a sympathetic juror and get a hung jury," Honig said. "But as a legal matter, it won't carry the defence strategy."

Anthony Albanese dismisses speculation his leadership is under threat

Five-year-old driving to buy sports car pulled over by...

A world away from humans