Bledisloe 4: The team that wanted to win went right on the night

In the reign of every All Blacks coach, there comes a time when arrogance sets in, resulting in the thinking that “any of our 15 can beat the other 15”. That happened early in the career of Ian Foster, making so many changes to a well-oiled operation in his fourth Test in charge that his […] 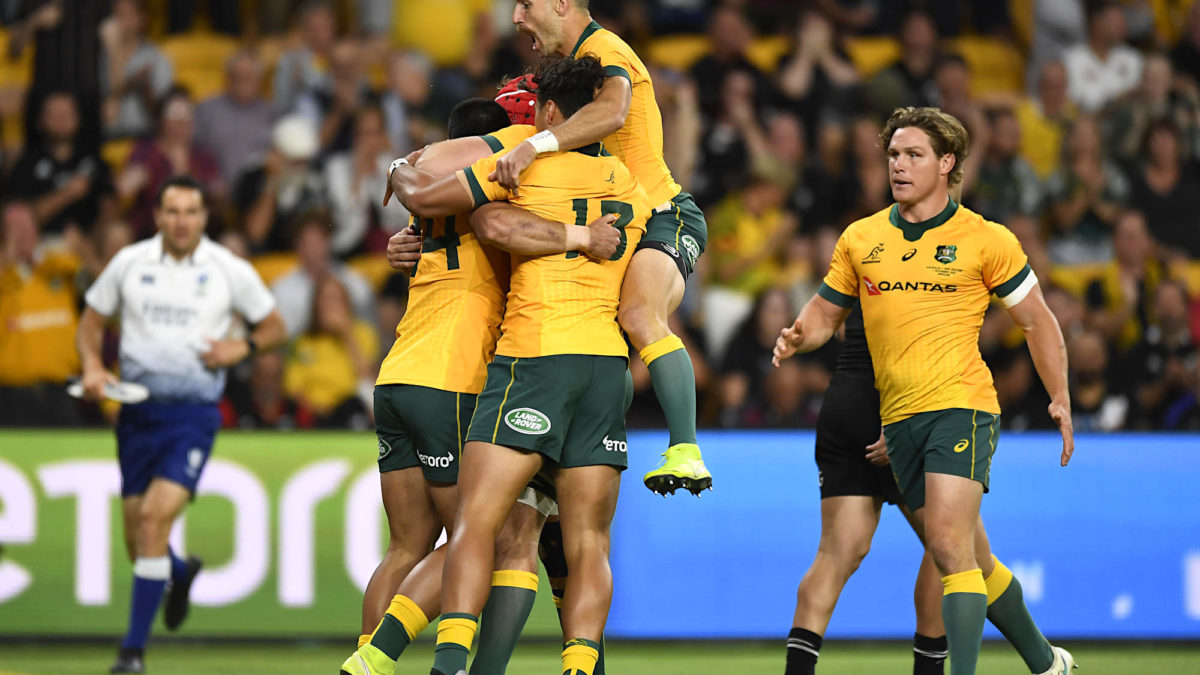 In the reign of every All Blacks coach, there comes a time when arrogance sets in, resulting in the thinking that “any of our 15 can beat the other 15”.

That happened early in the career of Ian Foster, making so many changes to a well-oiled operation in his fourth Test in charge that his team lost to the Wallabies.

I have seen it happen with John Mitchell, Graham Henry and Steve Hansen too.

Credit must go to Australia for realising that New Zealand were not firing on all cylinders and harassing the life out of their opponents. This was all the more praiseworthy given the erratic refereeing and the fact that the Aussies were hit with two cards, one red and one yellow (even if their opponents got the same number).

First, to the victors. Reece Hodge is not a great playmaker, so his first move – to lob the ball over the All Blacks’ defensive line and give Tom Banks the opportunity to flick the ball to Tom Wright – represented quick thinking, something the Wallabies have sorely lacked in all three previous Test this year.

The rest of the time, Hodge did the basics and that was all that he needed to do to give his team the advantage.

For the first time, the Australian scrum was fired up and got the better of their opponents on more than one occasion; the absence of Joe Moody was really felt by the tourists.

The New Zealand lineout malfunctioned at crucial times, with one instance just before the halftime whistle depriving them of a good chance to go in leading, rather than level at 8-all.

And then there was Marika Koroibete, who was easily the best Australian player on the field. Had he not pulled off that tackle on Damian McKenzie at the end of the game, the wily winger would have taken off and probably created some panic in opposition ranks.

Koroibete not only took care of McKenzie, he also latched onto Jordie Barrett, who received the ball from McKenzie, and basically killed any chance of a move by the All Blacks.

Basically, the Australians were hungry for a win and they thoroughly deserved their victory.

As for the All Blacks, their centre combination of Anton Lienert-Brown and Jack Goodhue has been working very well; bringing in Ngani Laumape after such a long time meant the coordination needed in that space was lacking.

On the wings, Sevu Reece was terrible, conceding penalty after penalty, while Rieko Ioane showed why he was shunted out of the team by the previous coach, Hansen. He is a shadow of the player he was when he made his debut against the British and Irish Lions in 2017.

Surprisingly, Beauden Barrett was poor at flyhalf, a position which is considered to be a better fit for him than fullback. All his attempts to embark on those turning and twisting runs of his came to naught. More than once, he was the recipient of thunderous tackles.

And finally, despite the good weather, New Zealand were poor under the high ball. Was there too much humidity on the night? One wonders, as this game was played in Brisbane.

Pandemic or not, four games between the two trans-Tasman rivals is a trifle too much, especially one after the other. Three would be about right, with two counting towards the Bledisloe Cup and one towards the Rugby Championship or Tri Nations.

How the bench warmed Australian hearts in Brisbane

Winning in rugby is all about the top four inches

Wallabies aiming to finish year on a high