Melbourne have failed to stop the New Zealand rout of Australian sides, crashing to the Blues in their opening round Super Rugby Trans-Tasman clash. Despite a new coach at the helm, with assistant Kevin Foote stepping up after Dave Wessels’ departure, it was more of the same from the Rebels, who missed the Super Rugby […] 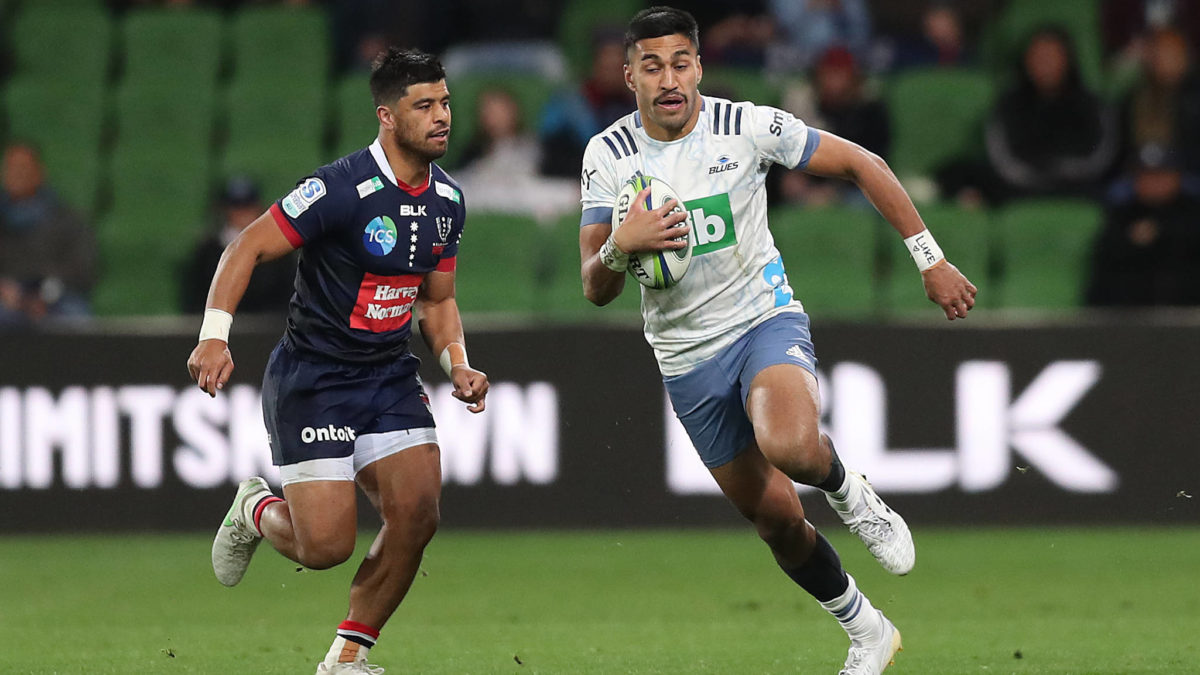 Melbourne have failed to stop the New Zealand rout of Australian sides, crashing to the Blues in their opening round Super Rugby Trans-Tasman clash.

Despite a new coach at the helm, with assistant Kevin Foote stepping up after Dave Wessels’ departure, it was more of the same from the Rebels, who missed the Super Rugby AU playoffs after finishing fourth.

Wallabies winger Marika Koroibete’s try-scoring drought continued with Melbourne failing to get across the line at AAMI Park as the Blues posted a thumping 50-3 victory.

Blues No.8 Hoskins Sotutu scored two early second-half tries to effectively put the game out of the Rebels’ reach by the 56th minute.

The match then opened up, with the Blues running rampant to finish with six tries, with replacement back Akira Ioane also finishing with a double

Dominating possession and territory, the visitors also forced errors in the Melbourne attack through their lightning line-speed.

Each side were unlucky not to score through the first half with an early effort by Bryce Heem called back for a Rieko Ioane knock-on.

Melbourne then missed a deserved penalty try when hooker Jordan Uelese’s would-be score was illegally thwarted by Adrian Choat, who was yellow-carded.

The Blues took their chances and skipper Tom Robinson was ready and waiting for a long floating pass from five-eighth Otere Black to score right on halftime for a 17-3 lead.

Any hopes of a home side fightback was snuffed out by Sototu’s early second-half efforts as the Blues iced an impressive display across the park.

The Blues have flattened the Melbourne Rebels 50-3 at AAMI Park, to complete a miserable week one of Super Rugby Trans-Tasman for Australian rugby sides. After a tight start, the visitors blitzed the Rebels in the second half, scoring six tries to turn a fierce contest into an utter rout. MORE TO COME

The Blues have flattened the Melbourne Rebels 50-3 at AAMI Park, to complete a miserable week one of Super Rugby Trans-Tasman for Australian rugby sides.

After a tight start, the visitors blitzed the Rebels in the second half, scoring six tries to turn a fierce contest into an utter rout.

Wallabies lose control of their own fate