Friday's pace-setter Valtteri Bottas gave the thumbs up to Portimão's track, but singled out the circuit's slippery tarmac... The post Bottas and Hamilton praise 'great but tricky' Portimão track appeared first on F1i.com. 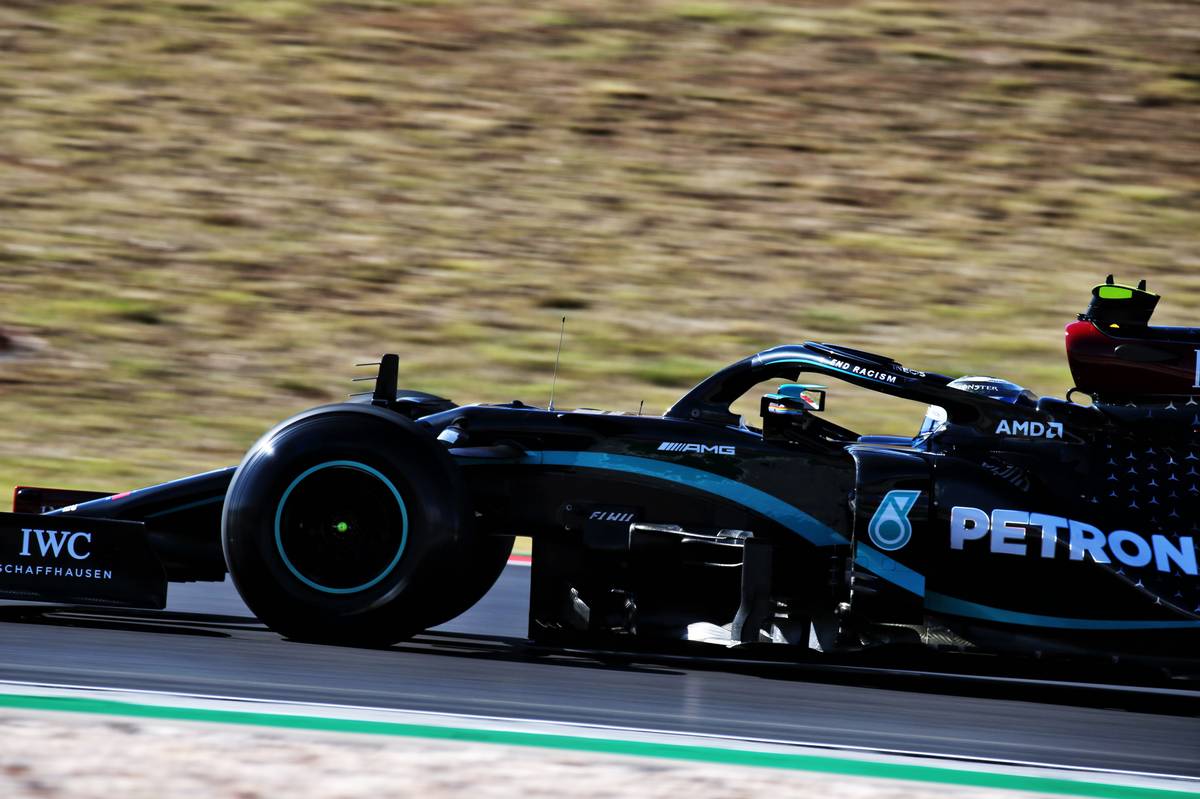 Friday's pace-setter Valtteri Bottas gave the thumbs up to Portimão's track, but singled out the circuit's slippery tarmac as a "tricky" proposition.

Bottas upheld his usual Friday form in free practice, leading both sessions relatively comfortably in a drama-free day, at least for the Mercedes drivers.

"It's been a good day today," said the Finn. "The sun was shining, this is a great track for driving; it could definitely be worse!

"It was quite slippery out on track, it reminded me a lot of when we went to Sochi or Austin for the first time, and we drove on the new tarmac there.

"This type of tarmac is tricky in terms of getting grip. Once you lose the grip, you can drop the car quite quickly, and I think that's the reason why we have seen so many spins today.

"The track was evolving lap by lap, and it got better throughout the day, but maybe it was reset slightly in between the two sessions, and with red flags in second practice there wasn't that much useful running.

"So, I'm still expecting an increase in grip over the rest of the weekend. The balance of the car was also pretty good.

"I was mainly struggling in the slow speed corners with the rear end of the car but it is not too far away from where I want it, as the lap times would also suggest. But as always, there will be more work to do tomorrow."

Lewis Hamilton who clocked in second in FP1 and P8 in the afternoon echoed his teammate's positive view on the Algarve circuit, underscoring the track's roller-coaster layout but lamenting a lack of running due to the session's pair of red flags.

"The elevation changes on this track are incredible," said Hamilton. "There's a lot of places where you just can't see where you are going, so that's very challenging and the surface is also very smooth.

"I think track conditions didn't change that much throughout the day. The wind picked up, and I don't know if it changed direction, but it made it tricky out there.

"Unfortunately we ended up sitting in the garage for much longer than we'd hoped for with the two red flags in FP2. I think FP1 was the better session for me, even though the car didn't feel that great.

"We then made some changes, and it felt quite bad in FP2, so we need to take a few steps back and figure out where we went wrong with the set-up and see if we can improve tomorrow.

"Looking ahead, it is not going to get any easier to get a clear gap out there on the track, because it is really tough to get the tyres in the right window for the first lap here, even with the soft, which is actually pretty hard for a soft compound.

"Q1 will be exciting, with a lot of cars out there, it's going to be a dog fight to get a clear position and get a time in. But that's what we do and everyone is in the same boat!"

Sainz a little 'out of place' after suffering for 60 laps