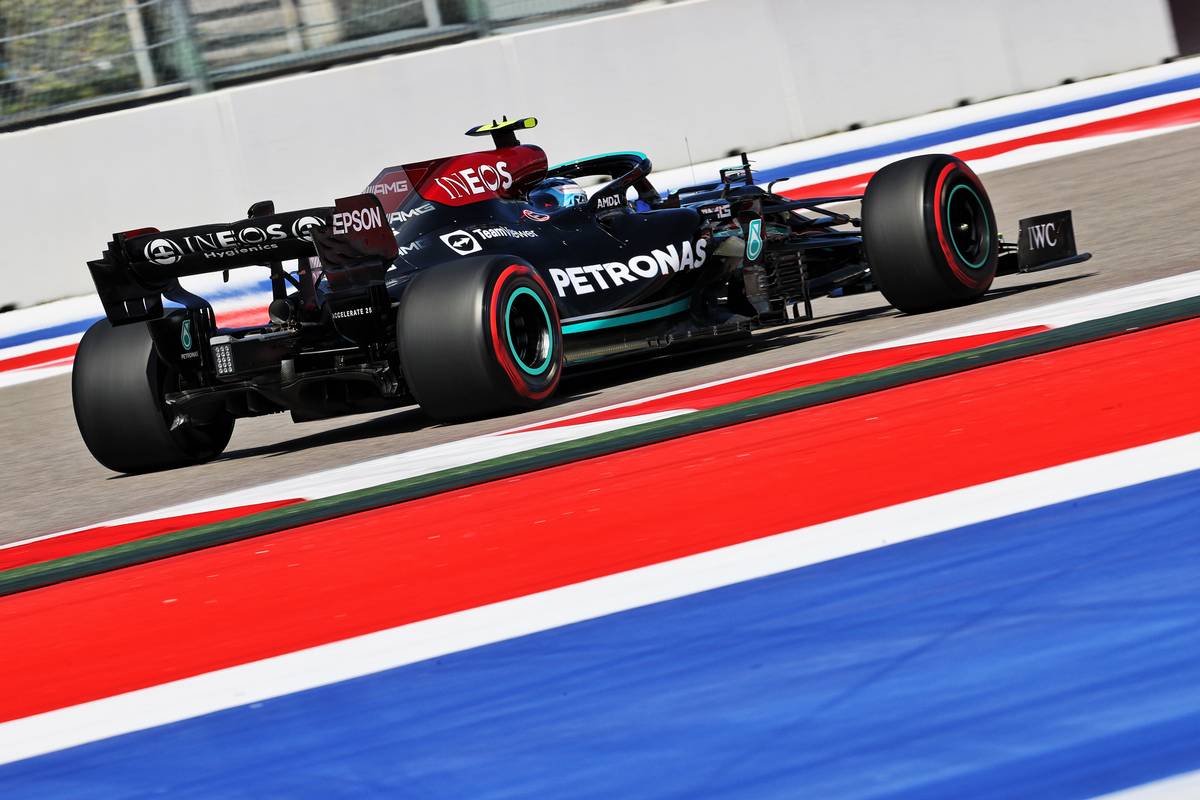 Valtteri Bottas declared that he had felt confident from the start on Friday during practice for this weekend's Russian Grand Prix.

The Finn has always done exceptionally well at Sochi. He claimed his first win for Mercedes at the venue in 2017 and would have won again in 2018 until ordered by the team to hand over the lead to his team mate Lewis Hamilton.

Bottas took his most recent career win in last year's race, and today he picked up where he had left off by topping the timesheets in both morning and afternoon practice, just quicker than Hamilton in both cases.

"I really find my flow on this track and I enjoy it," Bottas stated. "When the car works well here, it's great fun to drive.

"If you look at the timings and based on my own feeling in the car, it was a good day," he reported afterwards.

"From the first run, I had confidence in the car and the balance was very good so I could focus on my driving, looking for small gains.

"Tomorrow looks like it will be wet, so it'll be a completely different experience," he noted.

"The main thing is the car feels good on the long runs so that's encouraging for Sunday which should be dry."

Chief race engineer Andrew Shovlin was certainly satisfied by how the day had gone for both of the team's drivers.

"We had a pretty good balance to start with today and were able to put in decent times on all tyre compounds," he said. "We've often struggled on the Soft tyre this year but today it seemed to work well.

"Our long run performance was okay, but we've not got the balance quite right so there's a bit of work to do there overnight.

"The forecast looks very wet for tomorrow, especially in the morning but we're expecting dry conditions for the race.

"That's going to give us an interesting compromise to deal with, finding a setup that works well in a wet qualifying but also has good long run pace in the dry.

"Overall though, a reasonable start to the weekend."

The post Bottas 'confident from the first run' on Friday appeared first on F1i.com.

Gasly says car 'harder than usual' to drive in Sochi

Ricciardo looking at glass half full despite 'messy' Friday

Ricciardo looking at glass half full despite 'messy' Friday

Daniel Ricciardo's mind was brutally pulled away from his recent Italian Grand Prix glory by an "unstable and... The post Ricciardo looking at glass half full despite 'messy' Friday appeared first on F1i.com. 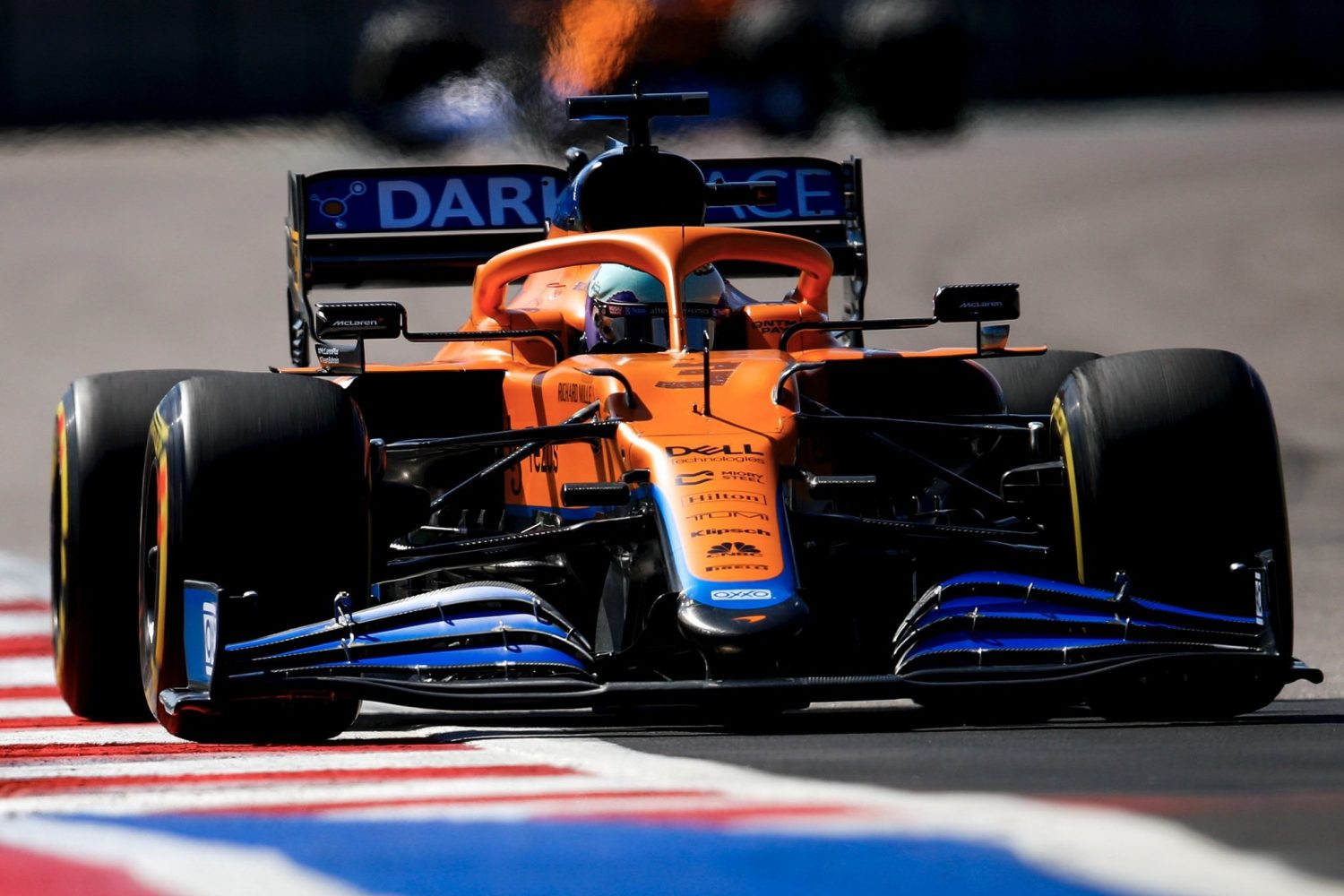 Daniel Ricciardo's mind was brutally pulled away from his recent Italian Grand Prix glory by an "unstable and messy" opening day of running in Sochi that left the McLaren charger a lowly P17 in FP2.

A power unit issue that forced McLaren to fit an older engine to the Aussie's MCL35M ahead of FP2 and various disruptions – including a red flag deployment in the afternoon - undermined the Aussie's Friday.

Regarding his PU troubles, Ricciardo was "confident things will be sorted" moving forward. But the Monza winner was nevertheless frustrated by his entry into the Russian Grand Prix weekend.

"A pretty unstable Friday but I guess the glass half full [approach is that it’s] better today than Saturday or Sunday, so hopefully that’s done and dusted now," he said.

"But there’s no denying it, it obviously affected our day, and when we did get out there, there’s yellows, there’s reds and we’re trying to do a lap and people are on high fuels, so it was definitely messy.

"It disrupted really all of FP2… There’s no sugar-coating it, it was definitely a tricky day… We can look a lot better than we did [but] we’ve still got to make steps regardless of the disruptions today.

"I think the weekend’s going to have more disruptions, but I hope for all of us, not just for myself. So we’ll see what tomorrow brings. A few umbrellas I think."

Ricciardo's teammate Lando Norris enjoyed a better couple of work sessions, the Briton clocking in fourth in FP2 but ending his day with a bizarre spin upon his entry into the pitlane.

"It wasn't my fault," insisted Norris. "It was something that happened to the engine.
"I struggled quite a bit in [FP1], but we made quite a few changes on the car for second practice and definitely improved it quite a bit.

"So left with a more positive feeling at the end of today and going into tomorrow and Sunday." 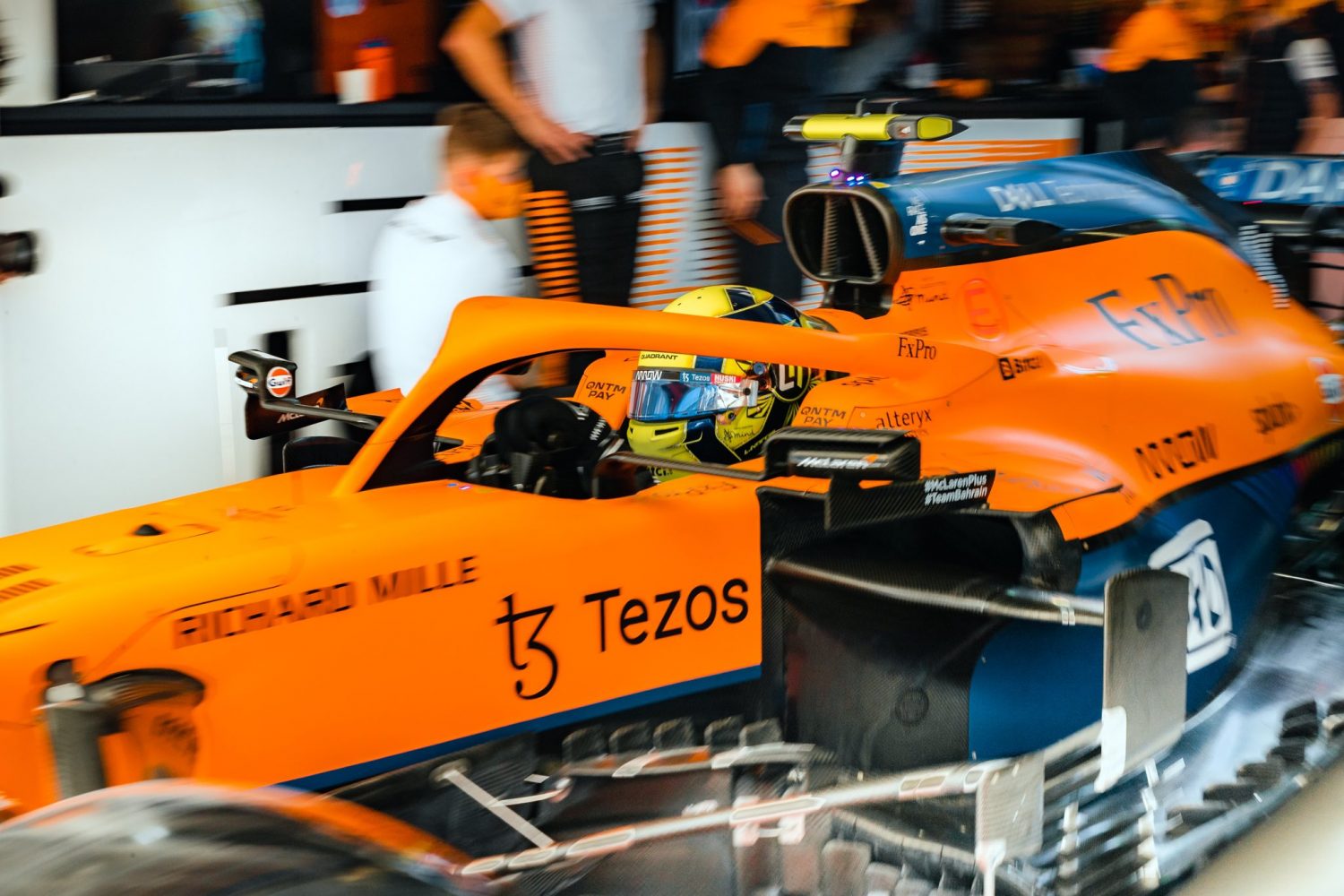 Norris acknowledged that McLaren isn't as competitive in Sochi as it was at Monza, but the Briton was confident that the Woking-based outfit will hold its own this weekend against its main midfield rivals.

"Slightly more compromised," was how the 21-year-old described his car's overall performance relative to Monza.

"I think you can feel good and just not be as quick sometimes, just because some of our strengths that we had in Monza aren’t as shown here, and there’s more of the ‘weakness’ corners where we’re just not as strong.

"So I wouldn’t say we’re as competitive as what we were in Monza, that’s for sure.

"But there’s a decent feeling and we can still be competitive compared to Ferrari and AlphaTauri and the people we’re racing against."

The post Ricciardo looking at glass half full despite 'messy' Friday appeared first on F1i.com.