Valtteri Bottas says only "fine margins" tipped the balance in favour of Lewis Hamilton this season, insisting there... The post Bottas says defeat by Hamilton in 2020 down to 'fine margins' appeared first on F1i.com. 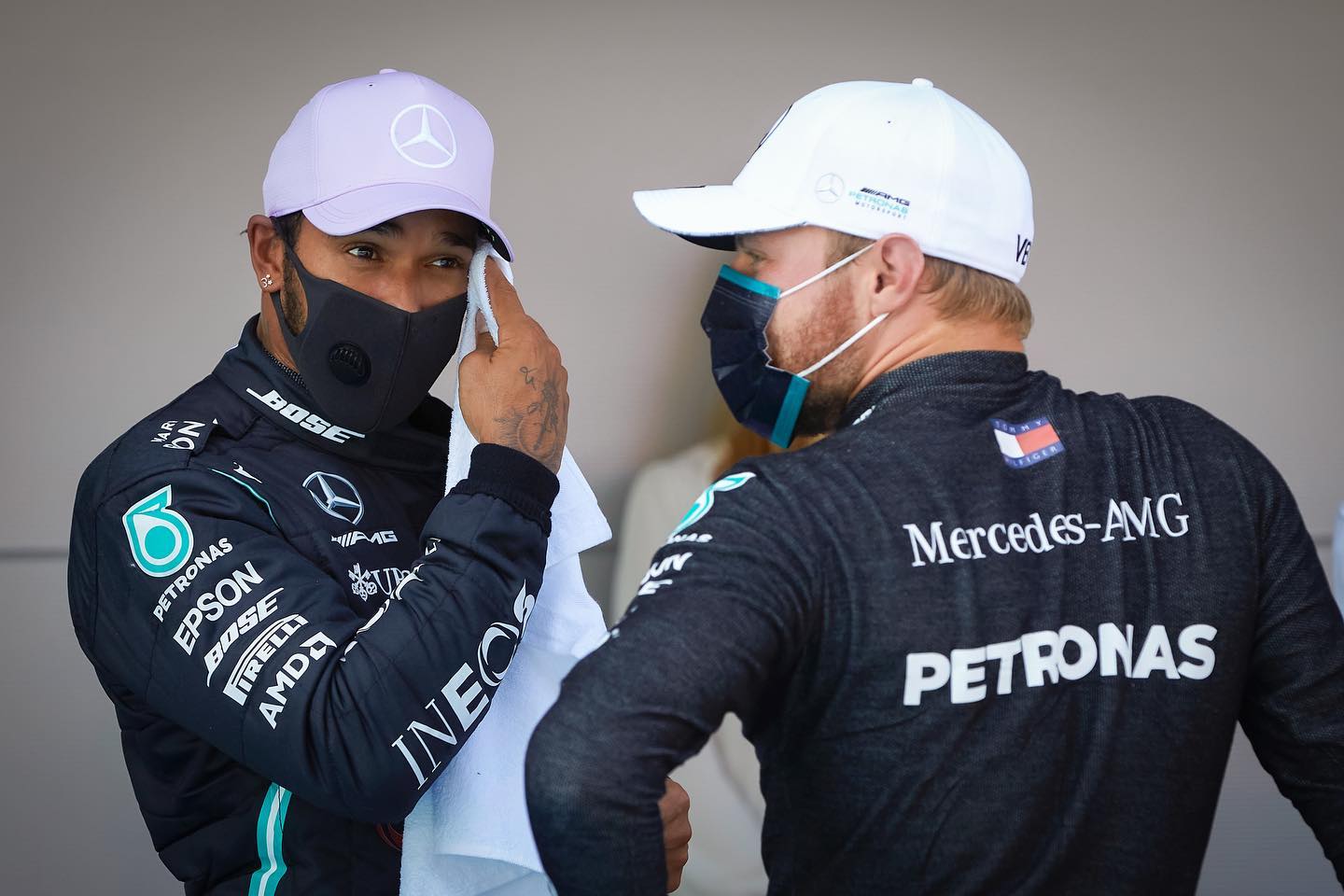 Valtteri Bottas says only "fine margins" tipped the balance in favour of Lewis Hamilton this season, insisting there are "many positives" he can take away from the 2020 campaign.

Hamilton secured his seventh world title in Turkey, extending his lead in the championship over Bottas to 110 points.

Despite the verdict provided by the points gap and the fact that the Finn won only two races versus Hamilton's 10 victories, Bottas insists there was not a lot that separated him from his Mercedes teammate.

"From my side of course the season is not finished yet, there are still three races, so to get the overall picture from this season there’s still a lot you can do and try to get a positive ending," Bottas said ahead of the weekend's Bahrain GP.

"It’s a fact that for me the championship is lost, but I still keep pushing and if I look back at this year there are many positives I can take. I have been able to improve in many areas, for sure not still enough to win the title, but I’ll keep pushing.

"Yes, there were some unlucky races where I lost some points, but there were also races where Lewis was better than me and that’s, in the end, how he made the difference.

"Sometimes it was just very fine margins about how qualifying or the race ended up, in terms of what kind of strategy I was pushing for or how things ended up.

"You know, in this sport the points’ difference can look pretty big now, I know, but, in the end it comes down fine margins and I’ve been unable to be consistently at such a top level as Lewis has this year and that made the difference. It’s not a lot but it was enough to win," added the nine-time Grand Prix winner.

"That’s something I’ll keep pushing on for the future, because I feel I’m getting better each year.

"That gives me hope and motivation and that will to push more and try to keep growing for the future, so I’m looking forward to next year."

Bottas, who finished on the podium in his last three visits to Sakhir is confident he can conclude his season on a high.

"For sure I’m confident – that needs to be the mindset going into any race that you need to have the confidence," he explained.

"And if you don’t have it, you need to find it somewhere, whether if it’s with extra preparation or whatever you do between the races.

"You always have to find it I’m in a good mindset and for sure I’m here to win."

The post Bottas says defeat by Hamilton in 2020 down to 'fine margins' appeared first on F1i.com.