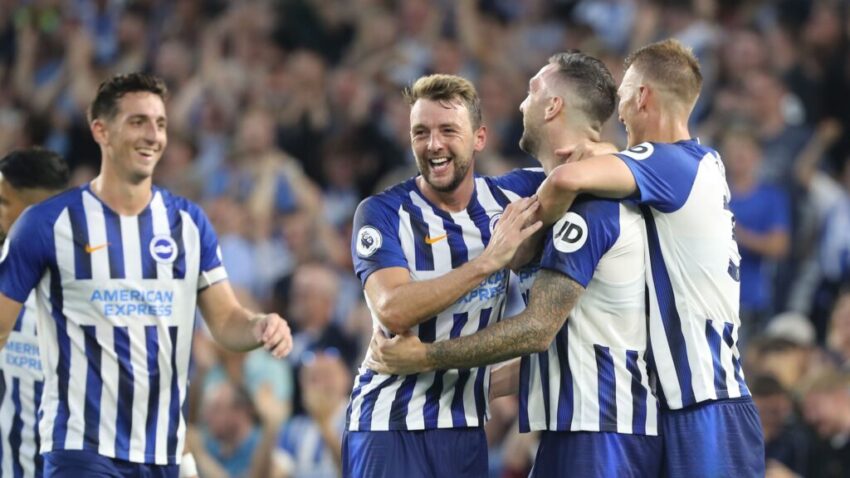 Brighton & Hove Albion FC has applied to the UK Intellectual Property Office (UKIPO) to trade mark the terms ‘Albion’ and ‘The Albion’, but what for and is the application likely to succeed?

According to news reports at The Daily Telegraph, the Premier League club claims the move is intended to protect supporters from unwittingly buying fake or counterfeit merchandise bearing its name. Trade mark ownership would also bring the club wider commercial benefits; creating opportunities for licensing deals with a variety of manufacturers, retailers and other service providers.

The application was originally filed by the club at the end of 2019, but has recently been ‘advertised’, indicating that the marks have been accepted by the UK Intellectual Property Office (UKIPO) as ‘distinctive’. The registration is  likely to be granted in the coming months, unless an opposition is filed by 6 July 2020.

The club already owns a trade mark for its full name – Brighton & Hove Albion – which it secured in 2011.

Tania Clark, partner and trade mark attorney at European intellectual property firm,Withers & Rogers, said: “Brighton & Hove Albion FC has spotted an opportunity to strengthen its trade mark portfolio by attempting to acquire registrations for ‘Albion’ and ‘The Albion’. As well as wanting to crack down on the sale of counterfeit goods, which will be impacting the sale of its own branded merchandise, the move could also open the door to some potentially-lucrative licensing opportunities.

“Despite its heritage as a term meaning ‘Great Britain’, the word ‘Albion’ already has trade mark protection for use in a number of market categories in the UK. Therefore, there is a precedent for its acceptance as a trade mark, and unless an opposition is filed by 6 July, it is likely to be granted.

“To ease its passage, the club seems to be intending to  restrict the scope of the registration. The wording of the application suggests that the club is willing to   limit its rights in so far as goods are concerned to merchandise connected to the full club name, which means that other clubs –West Bromwich Albion and Burton Albion – should be able to continue to use their own club name.

In recent years, a number of prominent football clubs have been involved in trade mark disputes with businesses attempting to use their name or logo. Last month, Manchester United decided to sue the popular video game, Football Manager, which is made by Sega and Sports Interactive (SI), over use of the club’s name.

The right to use club names in video games has also given rise to a series of global disputes linked to licensing deals. Among the most notable was a spat between the makers of two rival football video games – Konami’s PES 2020 and EA’s FIFA 2020 – over the right to feature world-famous club names such as Juventus, Manchester United and Barcelona.

Clark added: “There is no doubt that licensing deals with manufacturers, retailers and other service providers are big business for football clubs and owning registered trade marks is the key to unlocking this value. With many of the world’s most famous clubs having taken the lead by acquiring robust trade mark portfolios, other clubs in the Premier League should follow.”

Government to face legal action over refusal to publish...

Majority of businesses in Dubai may not survive Covid-19...