Zak Brown believes future McLaren driver Daniel Ricciardo would be a match for the Woking-based outfit's former charger... The post Brown: 'Awesome' Ricciardo a match for Alonso over a single lap appeared first on F1i.com. 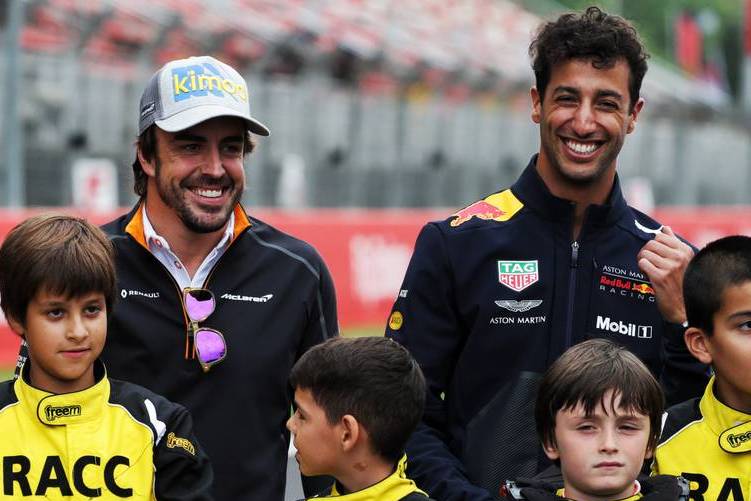 In a with veteran F1 journalist Peter Windsor, Brown vaunted Alonso's outstanding talent which he oversaw during two years at McLaren, insisting the Spaniard will be a tough opponent next year with Renault.

But Brown also highlighted the skills of his team's 2021 recruit when asked who between Ricciardo and Alonso would prove the faster driver over a single lap.

"Fernando, I think, scores himself nine out of 10 on everything," Brown told Windsor. "Daniel is awesome over a single lap and awesome over a race distance. I see a lot of aggression in Daniel.

"Until you have them both in the same car at the same time I don’t think we’ll ever know.

"But I don’t think there’s anyone faster than Daniel at the moment, so I’ll say maybe it’s a tie. But I’m rooting for my guy now."

McLaren came close to glory this year at the Italian Grand Prix where Carlos Sainz was one lap short from snatching a sensational win from AlphaTauri's Pierre Gasly.

Asked whether the race would have had a different outcome had Ricciardo been in the McLaren in the closing laps at Monza, Brown says he doubted anyone could have surpassed impeccable performance at the Temple of Speed.

"If I look at Carlos as a racer, he and Lando both are great starters," the American replied. "Carlos is really the best in the field. Carlos goes forward.

"I don’t think there’s much more anyone could have done [at Monza] other than just totally launched it up the inside.

"But then we’ve told Carlos and Lando ‘please race for the team’, so I think while anyone can chuck it up the inside and hope for the best, we would have been thoroughly disappointed with a DNF when there was a second there for the taking."

The post Brown: 'Awesome' Ricciardo a match for Alonso over a single lap appeared first on F1i.com.