Bruno Mars and Anderson .Paak seem to be petitioning for Silk Sonic to become a last-minute addition to lineup of performers at the Grammys. 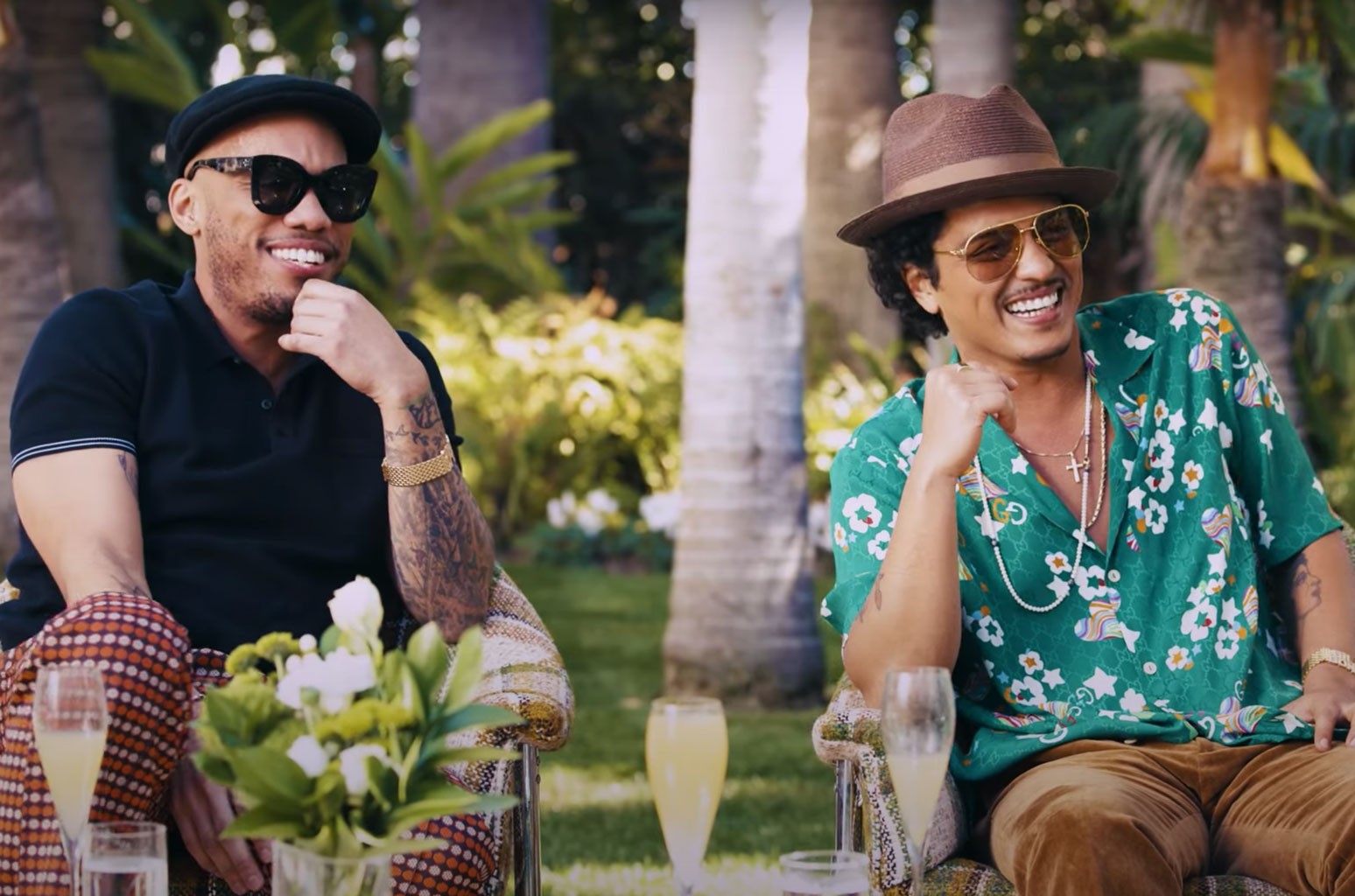 Silk Sonic, Bruno Mars and Anderson .Paak’s new act, was not on Sunday’s list of performers announced for the 2021 Grammy Awards — and now they seem to be petitioning to become a last-minute addition to the lineup.

“Dear Grammys,” Mars wrote in a note to the Recording Academy that he whipped up for Twitter Sunday evening (March 7), after .Paak implied their names should have been on the bill of performers. “If you can see it in your hearts to allow two out of work musicians to perform at your show, we would really appreciate it.”

“We just released a song and could really use the promotion right now. We have a lot riding on this record (and the Pelicans game next week, but that’s another story),” he quipped.

He promised that Silk Sonic would follow all safety protocols and even joked that they’d be willing to audition for the spot.

“We haven’t been able to perform for a while and we just want to sing. We’ll send in an audition tape and take as many covid tests as we need to. I promise we won’t be extra. We just really want a gig again. I hope you’ll consider this request and give us the opportunity to shine,” Mars asked nicely.

Of course, .Paak wasn’t quite so chill about it all. Earlier, he sent a whole lot of tweets Mars’ way about not seeing Silk Sonic — who just released their first single together, “Leave the Door Open” — named as performers for the March 14 show.

“YO @BrunoMars WHAT THE F—?!? Did you see this?!?! Call me back!!” he’d written, then suggested they start up a hashtag — #LetSilkSonicThrive — to get the word out that they’re ready and willing to play.

“Nah f— that!” .Paak said in another tweet. “I haven’t seen my family in months!! I need this to work, You promised me!! Everybody join in!!! I need all of Twitter to help make this trend!! Come on @RecordingAcad #LetSilkSonicThrive.”

See the letter and their Twitter exchange below. Check out the full list of performers who have been announced for the 2021 Grammy Awards here.

Bro it says CBS right at the top! It’s legit. What the FUCK!!?! ANSWER YOUR PHONE!! https://t.co/RwsX2Swv0q

And we’re not on this either you PRICK!!! https://t.co/iPs1W4HUvh

Do we need to get a hashtag going or something?? @BrunoMars

Nah fuck that! I haven’t seen my family in months!! I need this to work, You promised me!! Everybody join in!!! I need all of Twitter to help make this trend!! Come on @RecordingAcad #LetSilkSonicThrive https://t.co/uqiAyYzqTp