Buffy The Vampire Slayer: 10 Things About Giles That Would Never Fly Today

Rupert Giles was a father figure to Buffy and a popular character. However, some stuff about him hasn't aged well at all. 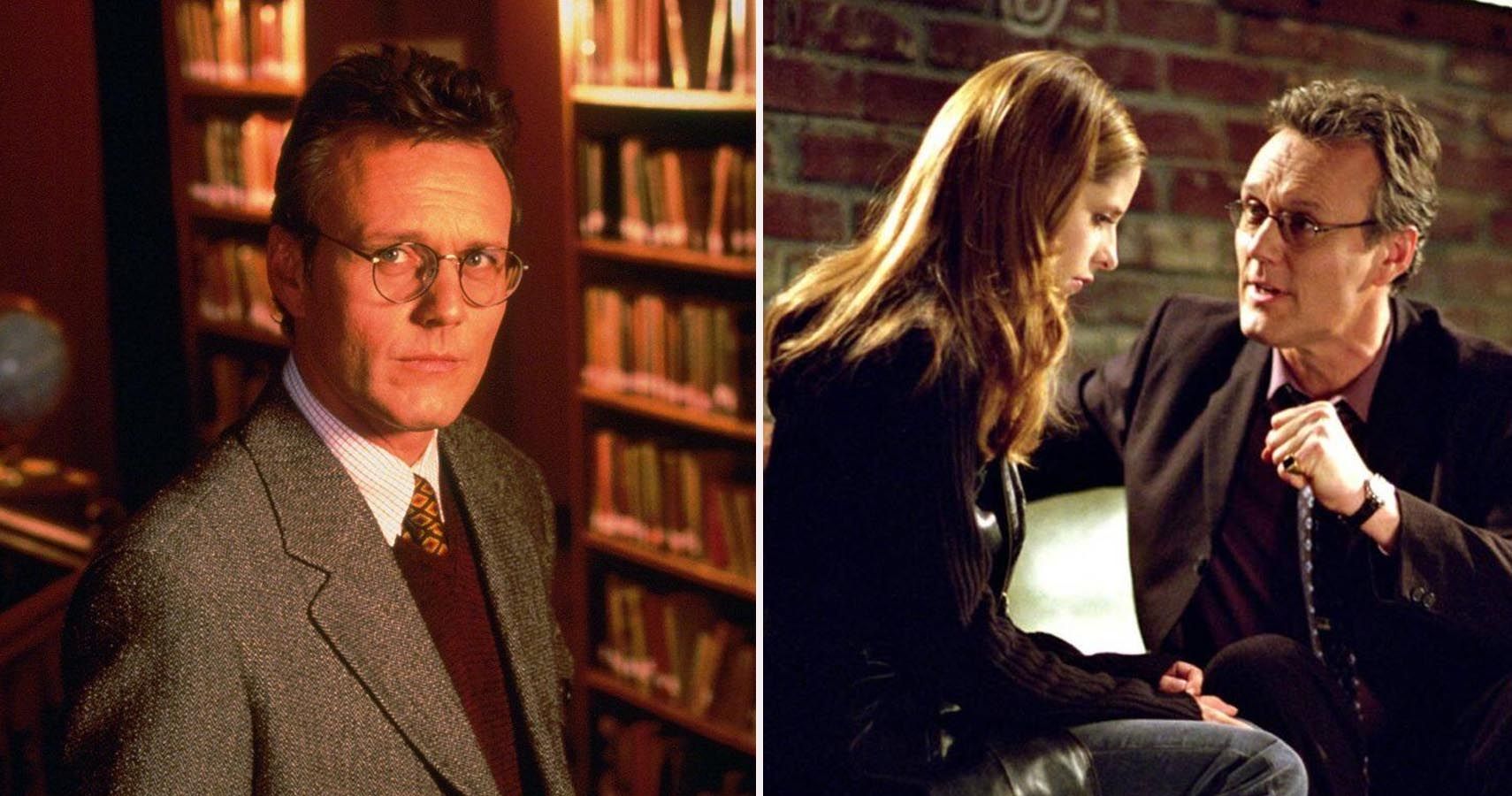 Rupert Giles, played by Anthony Stewart Head, wears a lot of hats as both the school librarian and watcher to the slayer on Buffy the Vampire Slayer. Giles knew from an early age that his destiny was to be a watcher and he takes this role very seriously. Giles and Buffy share a special bond, as he almost acts as a father figure to his slayer.

RELATED: Buffy The Vampire Slayer: 5 Times Giles Was The Best Watcher (5 Times He Could Have Done Better)

Giles also bonds with Buffy's friends and seems to look after and have all of their best interests at heart. This character was a fan favorite throughout all seven seasons of the hit series, but looking back there are a few problematic characteristics when it comes to Mr. Giles.

In season one, after the gruesome death of Principal Flutie, a new Principal, Snyder, comes to town. There's something about this new Principal that doesn't sit well with the slayer and her gang, and Giles has very little patience for his new boss. In one episode, Snyder makes a few remarks about Buffy in Giles's earshot and he retaliates by grabbing his colleague by the collar and slamming him against the wall. There's no way that kind of physical violence would be tolerated in today's workplace.

The season one finale of Buffy is one of the best. Giles learns that there is a prophecy that says Buffy will die when she faces the Master. The problem is, Giles seems surprisingly okay with this information.

Buffy overhears Giles discussing her fate with Angel and is understandably hurt by Giles's casual, matter of fact manner. Giles admits that he doesn't like it, but there's nothing he can do about it. He seems to give up, which would be unacceptable if this episode were written today.

Another episode early on in the series shows Xander falling in with the wrong crowd. After Xander and a group of popular kids sneak into the hyena cages at the Sunnydale zoo, they become possessed and begin acting very strangely. Xander becomes verbally aggressive with all of his friends and Giles initially writes off his behavior, thinking that Xander is acting like a typical sixteen-year-old boy. Xander later goes on to attack and almost rape Buffy. Giles's negligence in this episode is a major flaw and didn't age well.

7 His Only Friends Are Teenagers

Seeing a much older school administrator hanging out with his teenage students as frequently as Giles does would raise a lot of red flags at any high school in today's world.

Giles' only friends seem to Buffy, Xander, Willow, Cordelia, and Oz in the first few seasons and then he and Anya grow close when she's introduced in later episodes. It seems very strange that Giles, who is significantly older than the company he keeps, doesn't have any friends his own age.

Giles works for the Watchers' Council, who are based in England and make special trips to Sunnydale as needed. One of those trips happens to be for Buffy's eighteenth birthday, where they convince Giles to inject his slayer with a serum that will take away her slayer strength and then send her to a run-down house, where a very strong and crazy vampire lives to see if she can survive. This episode is full of problems, the biggest being the fact that Giles injects Buffy with a drug against her will, a huge violation of her body, and something that doesn't sit well with viewers to this day.

Giles and the rest of the parents eat some "bad candy" in season three, which causes them to behave recklessly. Giles and Joyce sleep together while under the influence of the possessed chocolate bars and by doing so, Giles crosses a huge boundary.

Of course, Buffy is understanding due to the fact that her mom and her watcher weren't in their right minds, but the jokes about it carry on through the entire series when really, it's something fans just want to forget about because regardless of his frame of mind, it was a line that shouldn't have been crossed and probably wouldn't be a punchline today.

4 His Co-Dependent Relationship With Buffy

Giles and Buffy's relationship has been criticized by fans more recently because going back to re-watch the series, it's not the healthiest relationship and in a lot of ways, it's very co-dependent. What starts as a watcher/slayer dynamic, quickly shifts to more of a father/daughter relationship and then borders on an unhealthy partnership when both Buffy and Giles start relying on one another to fill emotional voids that neither one is entirely capable of fulfilling.

3 He Leaves A Lot

In the later seasons of the show, Giles frequently threatens to leave Sunnydale, or he does leave Sunnydale. This back and forth, indecisive behavior is not good for Buffy and her friends, and in a lot of ways, it gaslights them.

RELATED: Buffy The Vampire Slayer: 5 Worst Things Giles Did To Buffy (& Buffy Did To Giles)

It also makes them lose faith in the person they've looked up to and relied on through their most formative years. It's an out-of-character twist for the usually well-maintained voice of reason and not something viewers would take to today.

Buffy is the chosen one and the whole purpose of this show and the reason why Joss Whedon created it, was to depict women in a more empowered way and flip the script on Hollywood's "damsel in distress" typecasting. The problem is, Giles frequently doubts Buffy and has to step in to correct her or help her. Buffy isn't the stand-alone hero that she probably would have been written as if the slayer were a man. It seems Giles's need to protect his slayer is frequently due to the fact that she is a girl and it makes viewers wonder how Giles would manage a male slayer if they existed.

1 Gets Away With Murder

At the end of season five, Buffy has defeated Glory and the god has turned back into her human self, Ben. Buffy won't take a human life and Giles knows that, so when he finds Ben where Buffy left him, beaten and unarmed, he kills Ben himself. No one ever seems to wonder where Ben/Glory went after that night, even though Giles admits to Ben before taking his life that Buffy fully expects Glory to return and that's why Giles must kill them both. It's hard to believe that Buffy never questions Giles about Ben in later seasons or worries that Glory could return.

NEXT: Buffy The Vampire Slayer: 5 Times Rupert Giles Saved The Day (& 5 Times He Almost Ruined Everything)