How much would you pay to live in reportedly the oldest log cabin in the United States? You definitely wouldn't pay $2.9 million. We know that for a fact. The post Built in 1638, Why Is the Nation’s Oldest Log Cabin Now Offered at a 70% Discount? appeared first on Real Estate News & Insights | realtor.com®. 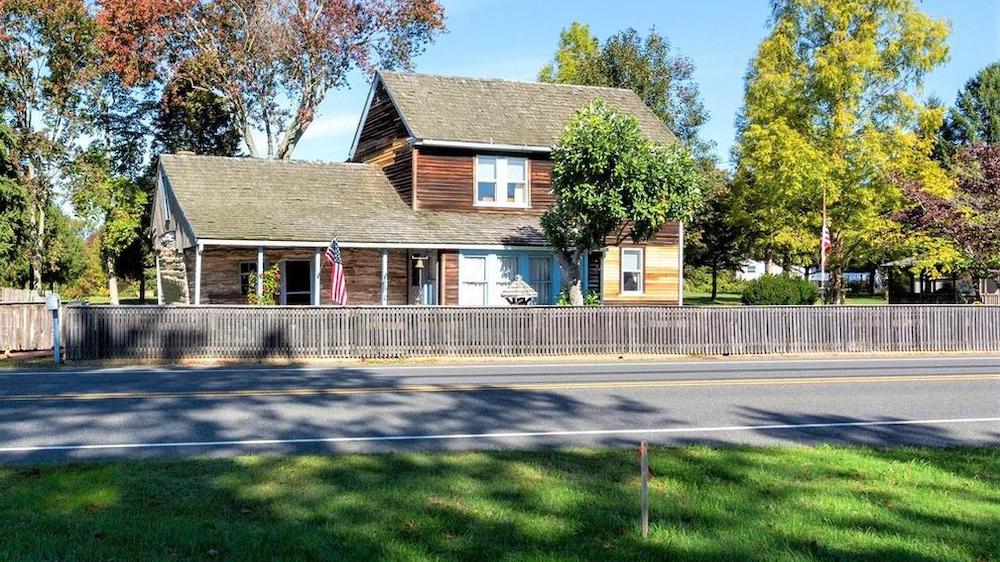 How much would you pay for what might be the oldest log cabin in the United States?

You definitely wouldn’t pay $2.9 million. We know that for a fact.

This Gibbstown, NJ, property—which includes the historic Nothnagle log house built in 1638—debuted on the market with that multimillion price tag three years ago. However, the price proved problematic, and the home vanished from the market without a new owner.

“It’s actually a real bargain at the price that it’s at,” says the longtime owner, Doris Rink.

She says she made the dramatic price cut with the hope of finding a buyer who might have an interest in living in a historic home, as well as the other four structures and 1.3 acres that come with it.

The house recently topped our weekly look at the oldest homes to land on the market in the U.S.

Rink, 77, has lived at the historic home for 48 years. She inhabited the home with her husband, Harry Rink, who had owned the fascinating estate since 1968, but who recently died.

Nowadays, Doris realizes she can’t care for the South Jersey property on her own any more and is willing to part with it—for much less. But she’s available to act as site historian, to help impart the home’s incredible history.

The log structure was built between 1638 and 1643 as part of the New Sweden colony, before the now-bordering state of Pennsylvania was even founded.

It’s reported to be the oldest log cabin in North America and the oldest home of its type still standing on its original site in the Western hemisphere.

The cabin’s foundation is believed to be built of bricks carried to America as ship ballast. The mostly intact original square-hewn logs are cleverly connected, without using a single nail.

Over the years, the Rinks restored the cabin to its original condition. As they made repairs, they excavated artifacts such as a 300-year-old shoe and pieces of pottery.

The couple also acquired artifacts and antiques, and she may be willing to part with those, as well as the property. The rare build is a registered historic landmark.

Over the decades, Doris shared the 352-square-foot log cabin with tour groups, and has welcomed visitors for free since 1973.

The couple lived in the attached three-bedroom, one-bathroom, 1,800-square-foot “modern” addition, parts of which date from 1750 and 1900.

The grounds include the historic log cabin, as well as a machine shop, and a dairy and meat-processing shed added to the rear of the cabin.

And there’s a newer four-car garage with storage, plus a utility shed, both built recently by the Amish, notes Tom Smitley with Kurfiss Sotheby’s International Realty, who holds the listing.

Three years ago, the property was for sale as a life estate, which would have allowed the couple to age in place. Now, that’s no longer the case.

While Doris is moving on, she suggests that the property could continue to be operated as a tourist attraction. New owners could open a teahouse or run a history-themed Airbnb.

Although the next owner will be getting a discount, to live among such a backdrop seems to be a priceless gift to the seller.

“You’re actually living history,” Doris says. “Every day of my life, I could find new things about it.”

The post Built in 1638, Why Is the Nation’s Oldest Log Cabin Now Offered at a 70% Discount? appeared first on Real Estate News & Insights | realtor.com®.

The Duke Was Here: SoCal Ranch Once Owned by John Wayne Available for $8M

Colonial Charmers: The 10 Oldest Homes To Land on the Market...

Land for Sale Near the Grand Canyon: The Perfect Quarantine...