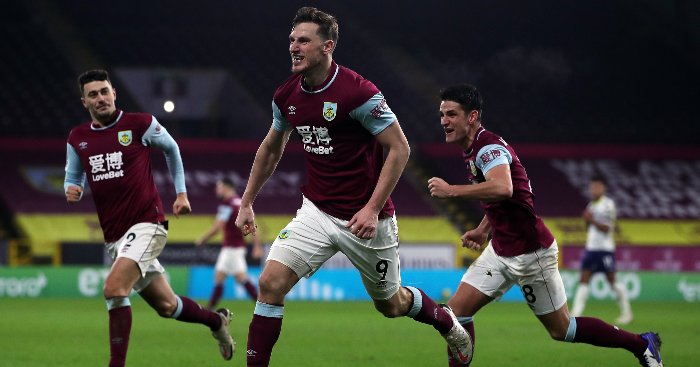 Dwight McNeil and Chris Wood both netted late on to earn Burnley all three points against Aston Villa.

Villa lead 1-0 at the break thanks to an early goal from Ollie Watkins. Ben Mee equalised in the 52nd minute but the Villa hit back 16 minutes later through Jack Grealish.