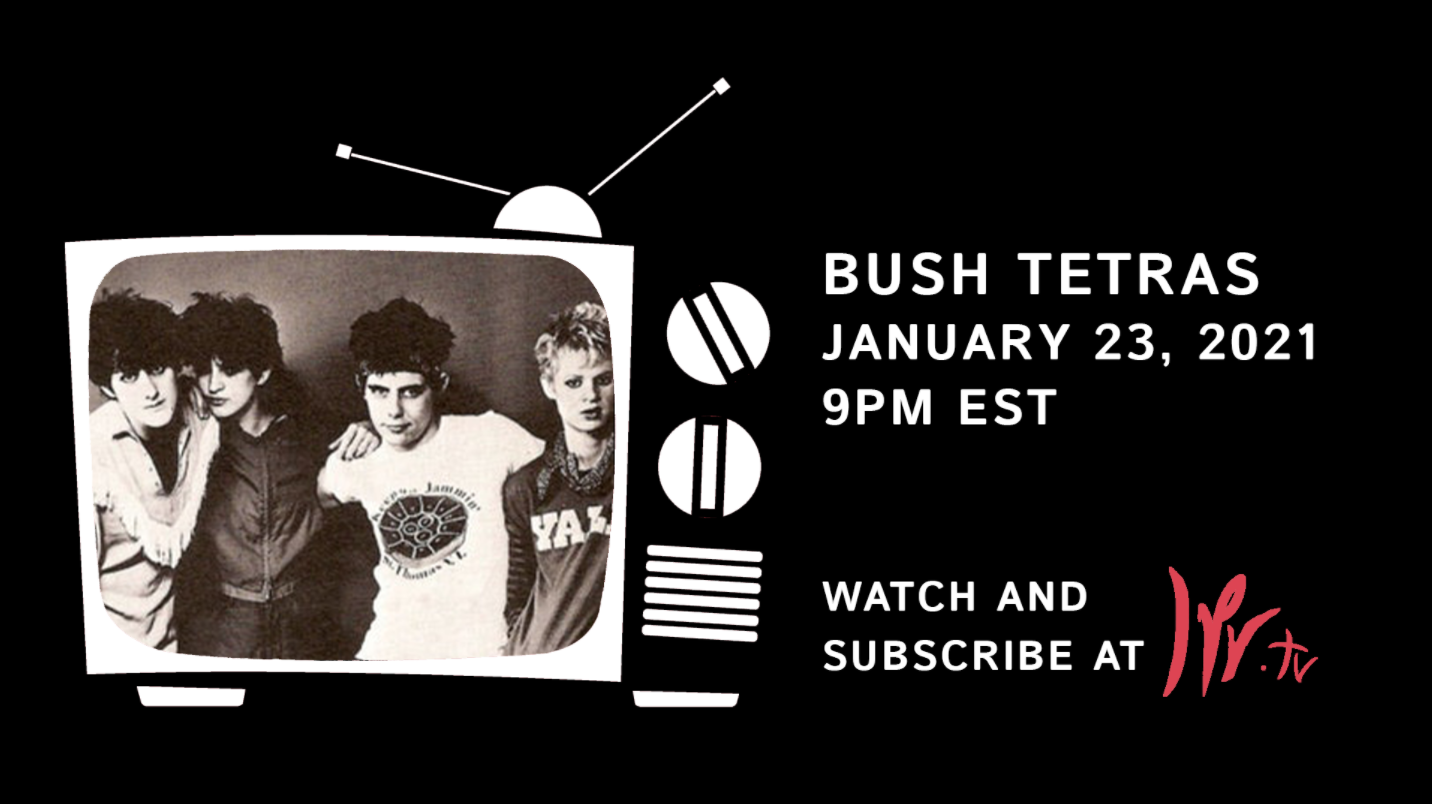 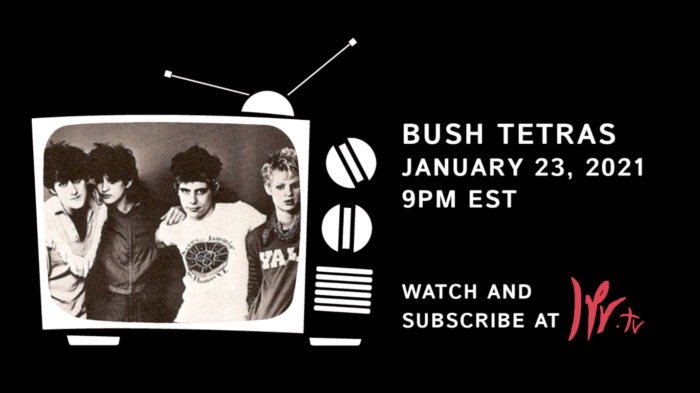 Stop what you’re doing and turn on your screen: Bush Tetras are playing again in New York City! The band delivers a performance that reminds us just how much we miss live music and why the great Bush Tetras are synonymous with the New York City no-wave, post-punk scene. Their music is unrivalled and feels almost too good for this world.

It’s been nearly a year since Bush Tetras performed for an audience (fuck you, COVID-19). This week’s live stream gig on —the channel for the Village venue (Le) Poisson Rouge—was all that anyone could desire from a virtual concert. I’ll never forget the Bush Tetras’ last performance at (Le) Poisson Rouge for the band’s 40th anniversary back in late February 2020. It was a fantastic event as you might guess, but for me, it was also the last in-person show I attended in the pandemic before-times. I left that gig with (another) copy of Take the Fall (I wanted one of Cynthia Sley’s song sketches—hand-drawn visuals of the band’s lyrics on coloured paper, tossed out to the crowd like handbills). I remember walking toward the Bleecker Street station on the 6 train, wishing I was half as cool as Pat Place. Swoon. Then, of course, the coronavirus descended on New York City and the rest of the world. 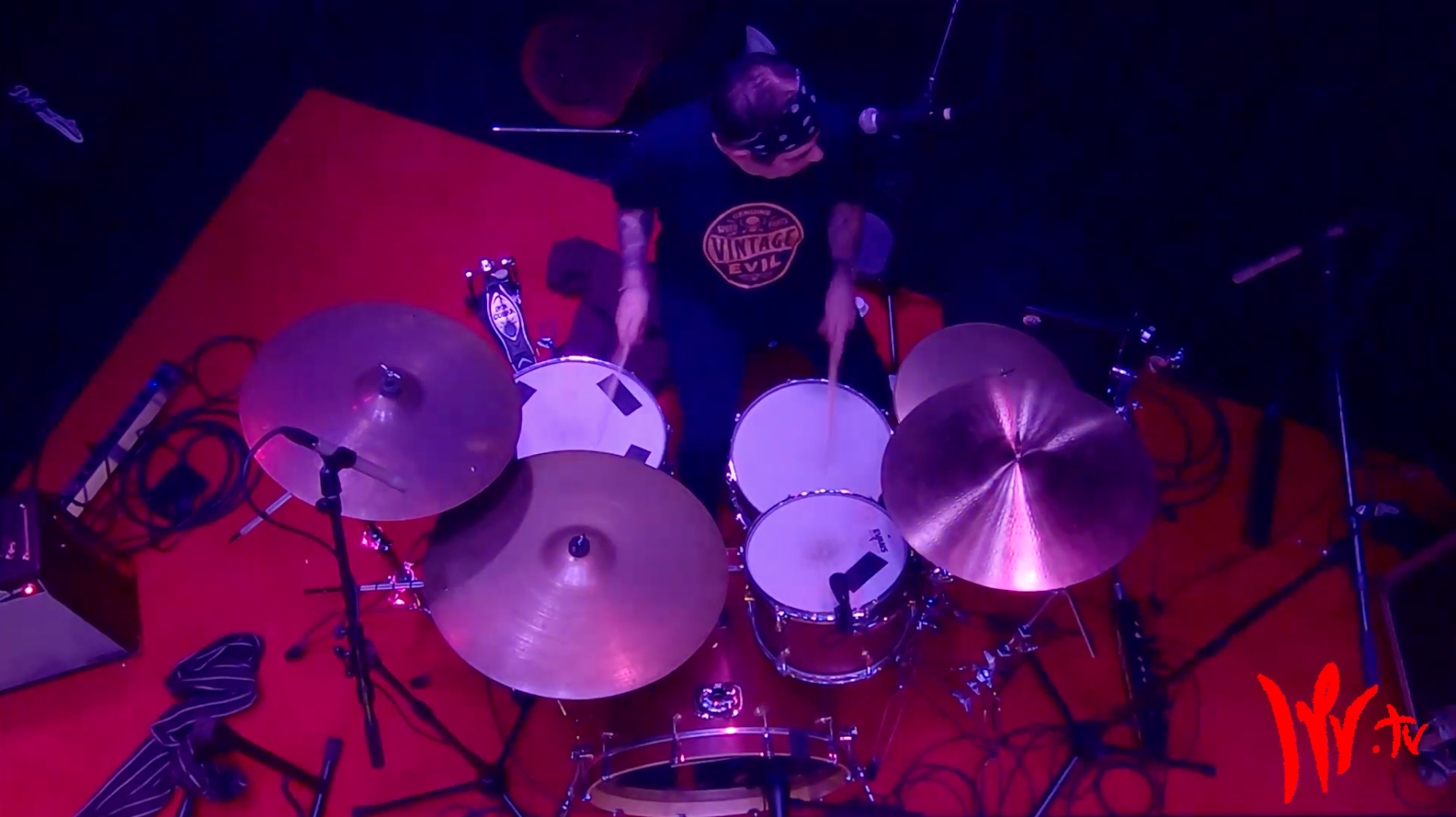 In quarantine, Bush Tetras were on my mind as I longed for the return of live music. While I never expected to have an absurd Bush Tetras coronavirus story, it turns out I have one. Dee Pop and I share a favourite record store, so we talked in those early months of the pandemic shortly after that 40th-anniversary performance, and I heard some glorious tales about Bush Tetras. Later on, we planned a socially distanced meetup in one of the riverfront parks in Brooklyn. Dee brought a huge collection of his music ephemera to show me. Yet just as we started looking through it, a violent gust of wind took Bush Tetras posters, clippings, and other pieces into the East River. We bolted to the edge of the water but the currents were already carrying those objects toward Manhattan. If you have any sense of New York geography, it’s the flip-side river I’m about to reference, but lyrics from Lou Reed’s New York album immediately came to mind: “Into the filthy Hudson, what a shock . . .” A pandemic-era tragedy that seemed to encapsulate the virus’s deep and pervasive threat to live music. Now, the Bush Tetras are back on stage at (Le) Poisson Rouge. Hopefully it’s the first of many great shows to come in 2021.

The setlist starts off with True Blue, my favourite track on the band’s release Take the Fall (2018). Look, I adore the early Bush Tetras music (who isn’t mad about Too Many Creeps?), but with Take the Fall, the band creates a collection of sonic brilliance that’s somehow even more exciting than their much earlier stuff on 99 Records, Fetish Records, and Stiff. Immediately, on what must have been a lonely stage at (Le) Poisson Rouge in these winter days of the pandemic, Cynthia’s voice is resounding and Dee’s drumming is intense and pulsating—just how I want it. And, to steal a line from Almost Famous, Pat’s guitar is incendiary. Bush Tetras recently added a new bassist, R.B. Korbet, who fits in flawlessly. A number of songs on the setlist are drawn from the Bush Tetras album , which saw a limited release on vinyl this past summer. Just before the band plays You Don’t Know Me, I hear Dee Pop shout out the name of the song and, simply, “happy birthday, Jim!” Jim Jarmusch, a long-time supporter of the band, celebrated a birthday just a day before the live stream. Is Jim watching from home, too? I couldn’t help but think how great it would have been to attend this Bush Tetras show in person, on Jarmusch’s birthday, and to see the creator of my favourite cinematic vampires enjoying the gig as much as me. But I digress. The band’s energy on stage is incredible, especially given that they’re playing to an imagined crowd. When Cynthia introduces Nails, she describes it as “a song about this COVID business, sort of,” explaining, “it’s called I Bite My Nails, and I’ve been doing a lot of that lately.” Strangely, despite the fact that the words were written long before COVID-19 entered the twenty-first century lexicon, the lyrics speak to the present state of everything: “I worry about the air around me . . .”

Other songs filling my living room include Stare You Down (what Cynthia describes as “an oldie but a goodie about the East Village”), both sides of the band’s recent 7” There is a Hum, Can’t Be Funky, and, yes, yes, Too Many Creeps. The last time I saw Bush Tetras play this last song, it was a joyous end-gig occasion with a stage full of friends and fans, all singing along. I’d love to be standing in the audience again, dancing with the crowd, but I’ll gladly take a live stream these days. And the performance is impressive enough that I’m almost able to forget why it is I’m live streaming anything at all. There’s even an encore! After Too Many Creeps ends, Cynthia holds up her phone to the mic to evince the sounds of a raucous crowd and asks, “you want another one?” Yes, we do! She replies, playfully, “oh, you want another one! Thank god, it’s so bad when you don’t get an encore.” Joy on a Saturday night. 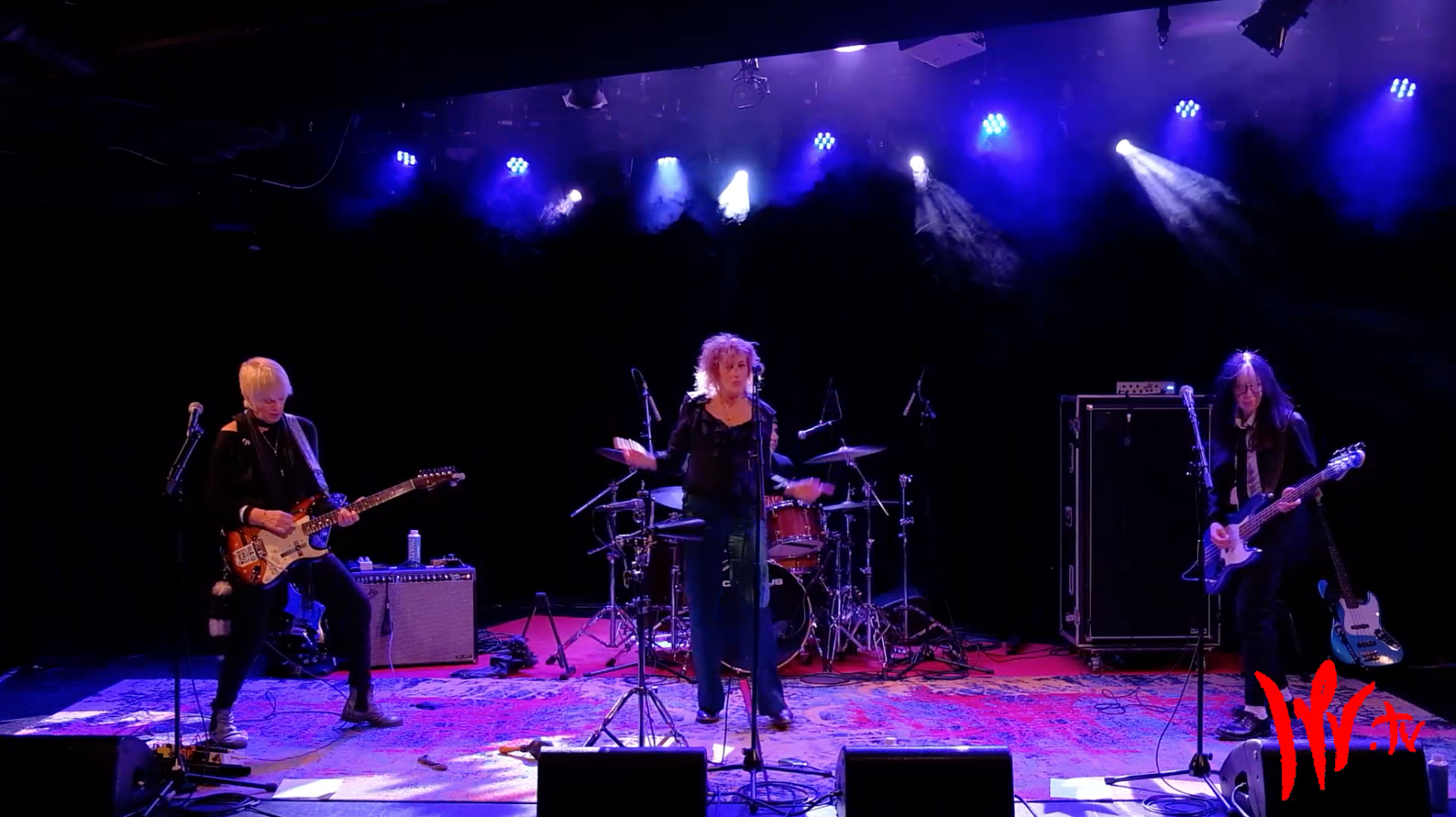 Bush Tetras is Pat Place (guitar), Dee Pop (drums), Cynthia Sley (vocals), and R.B. Korbet (bass). You can follow Bush Tetras on Instagram, Facebook, and Twitter for info about upcoming live stream gigs. They’re also on Bandcamp, where you can buy records like Happy and Take the Fall.

Screenshots grabbed by Audrey during the LPR.tv live stream.