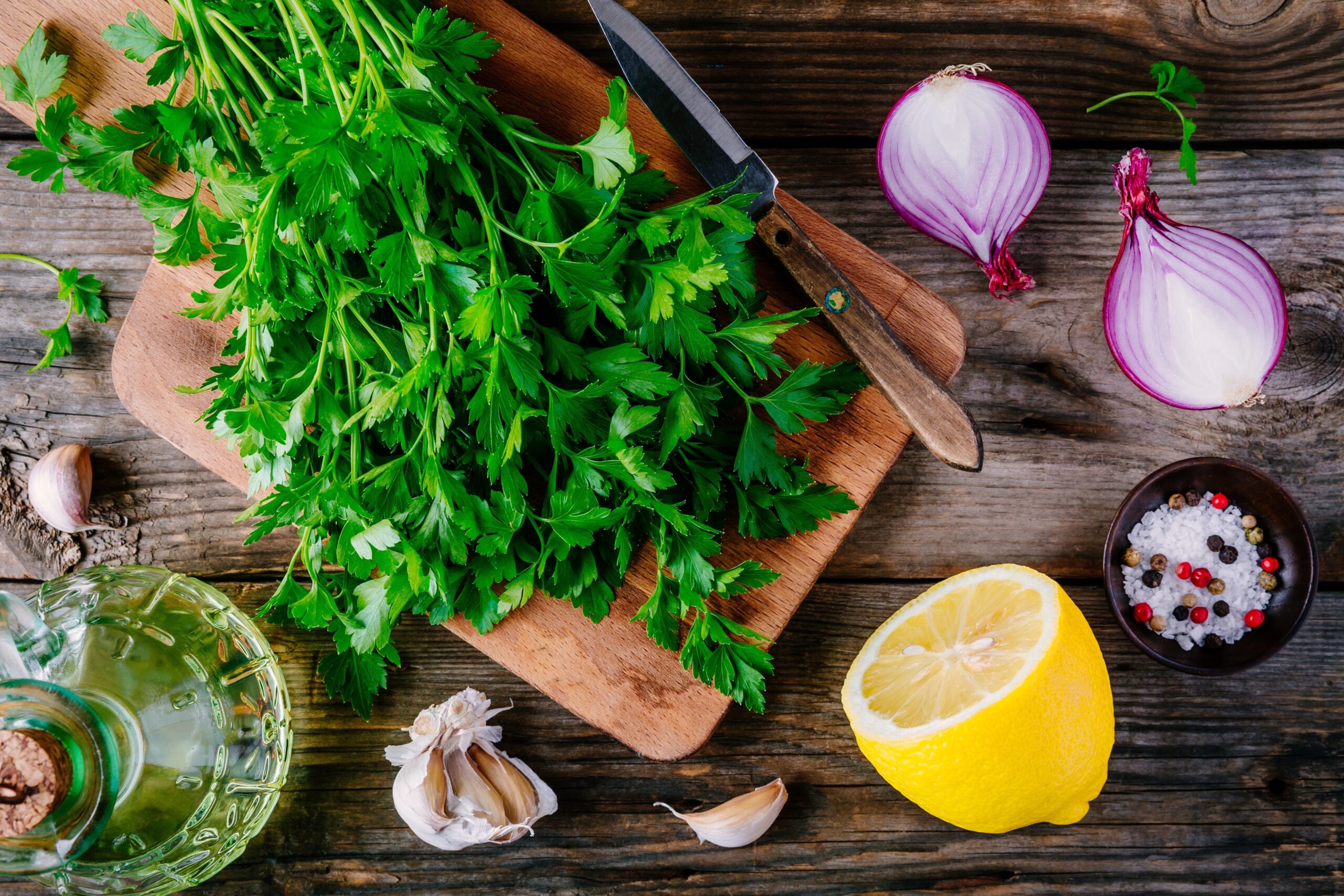 If you recently bought parsley at the grocery store, you may want to check it ASAP!

In a recall announced on Sept. 14, Buurma Farms Inc. of Willard, OH, is voluntarily recalling 320 boxes of its Plain Parsley. Moreover, the recall was announced shortly after the Plain Parsley showed possible contamination with Shiga-toxin producing E.coli.

The Buurma Parsley in question was distributed to retailers in Ohio and Michigan between Aug. 31 and Sept. 3. Furthermore, the product was sold to wholesalers in New York, Pennsylvania, and Illinois between Sept. 2 and Sept. 4.

Contaminated parsley purchased in any of these states will have a “BUURMA FARMS Plain Parsley” twist-tie with a price look-up (PLU) number of 4901 and a UPC code of 33383 80125.”

However, “The PLU and UPC numbers are not unique to Buurma Farms and would be on all flat/plain parsley regardless of where it is from.” According to the FDA, “The wholesale distribution channels involved in the recall do not have the twist-tie and instead have only a plain red rubber band on the bunch.”

As of date, no illnesses have been reported. If consumers have any questions or concerns, they should contact the consumer hotline (1-866-827-3362), available Monday through Friday 8 a.m. to 5 p.m. EST.

Packages of curly leaf parsley that were harvested between Aug. 18 and Aug. 19 are being recalled, according to the FDA. A total of five states received packages containing the contaminated herb, including Florida, Iowa, Michigan, Minnesota, and Missouri.

As of date, no illnesses have been reported. However, if consumers have any questions or concerns, they should contact the Dole Consumer Center (1-800-356-3111), available Monday through Friday 8 a.m. to 3 p.m. PST.

Giada De Laurentiis’ Spinach Dip Grilled Cheese Sandwich Is The Lunch You Didn’t Know You Needed
Stay Away From The Nutty Buddy! It May Be Part Of The Little Debbie Recall
Taco Bell Wants You To Have A Taco A Day With The Help Of Their New Subscription Service
Source : Gossip Cop More

Lori Loughlin Furious With Daughter Olivia Jade For ‘Dancing With The Stars’ Appearance?

Lori Loughlin Furious With Daughter Olivia Jade For ‘Dancing With The Stars’ Appearance?

Loughlin's plan was apparently to lay low for as long as possible. 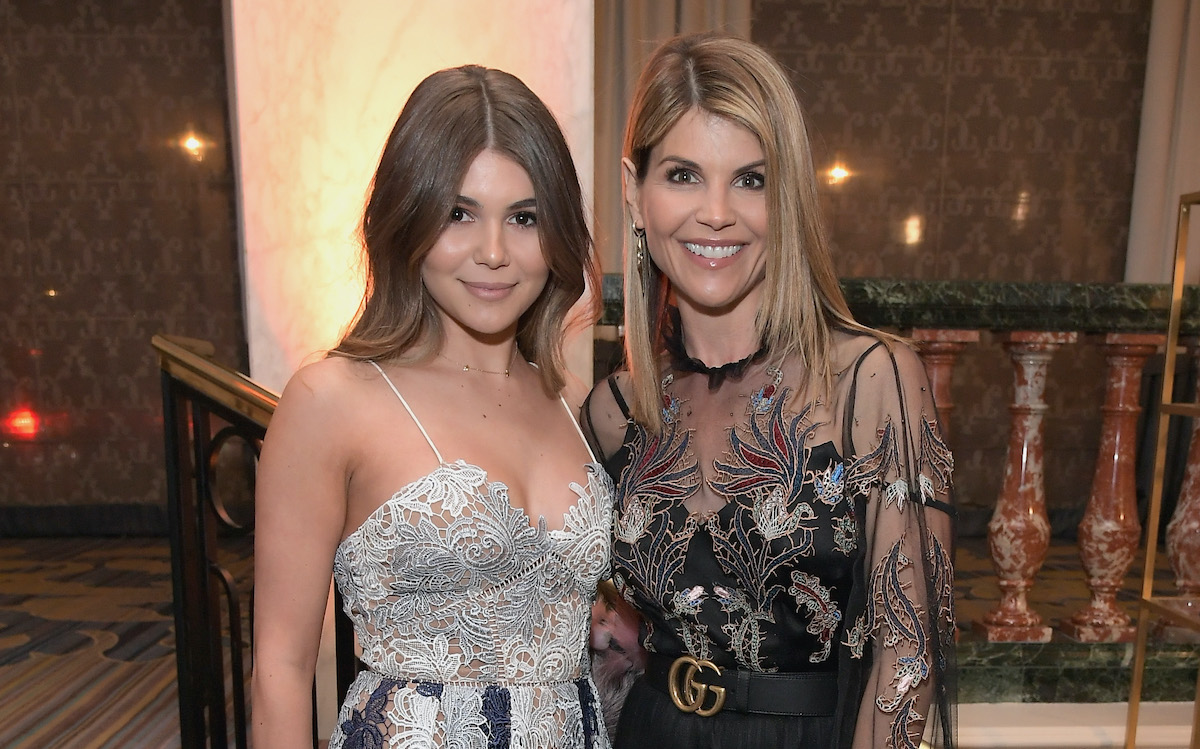 Is Lori Loughlin upset with her daughter Olivia Jade Giannulli for joining Dancing with the Stars? One tabloid claims Loughlin has been trying to keep her family out of the spotlight following the college admissions scandal. After looking into the rumor, here’s what we found.

Lori Loughlin And Olivia Jade In ‘Dust Up’?

This week, Life & Style reports Lori Loughlin’s relationship with her daughter Olivia Jade Giannulli is “more strained than ever” after Giannulli joined the latest season of Dancing with the Stars. The tabloid explains Loughlin isn’t happy that the show is “thrusting their family back into the spotlight” after their involvement in the now-infamous college admissions scandal. Once news broke that Loughlin coughed up $500,000 in bribes to get her daughters into the University of Southern California, she served two months in prison while her husband, Mossimo Giannulli, served five.

An insider tells the tabloid Loughlin and her husband are “trying to keep a low profile and move on from the past.” The source goes on, “But they can’t do that if Olivia is going to be on national TV every week, talking about the college admissions scandal.” The former beauty influencer may not have served time like her parents, but she did lose her partnerships with Sephora and TRESemmé over the scandal. Now, however, she’s ready to reclaim some of her fame. An insider reveals she “doesn’t seem to care what anyone thinks,” they explain. “She’s hell-bent on getting her career back.”

Their Relationship Is ‘More Strained Than Ever’?

We doubt Loughlin and her family are desperate to rehash the college admissions scandal, but that isn’t why Giannulli joined DWTS. The show does feature snippets about the contestants’ personal lives, but it’s mostly a dancing competition. It’s unlikely people will respond well to Giannulli rehashing her parents’ crimes every week. And, ironically, isn’t this story drawing more attention to them? We doubt this “insider” is anyone close to the family. They have no problem spilling their information to the tabloids but insist the family is desperate for privacy.

Besides, Loughlin isn’t exactly laying low. In fact, she and her husband are living like the scandal never happened. Not long after getting out of prison, Loughlin dropped $13 million on a vacation home in Palm Desert, a move that has unsurprisingly drawn both media attention and criticism. In reality, the family will most likely always be associated with the college admissions scandal to some degree. It’s probably best for everyone involved to get on with their lives and take good opportunities — like a spot on a beloved competition show — when they come.

The Tabloids On Lori Loughlin

The tabloids haven’t been reliable when it comes to Loughlin’s part in the college admissions scandal. Back in 2019, Life & Style reported Loughlin and her husband planned to renew their vows before they stood trial. Then OK! reported the couple’s marriage was “in crisis” after they accepted a plea deal. Then Life & Style alleged their marriage was “crumbling” after being released from prison. And then Us Weekly reported the couple was planning to move to Idaho to “work on their marriage.” Obviously, the tabloids can’t get their stories straight about the family.

How Much More The Cast Of ‘Vanderpump Rules’ Makes Now

Taapsee Pannu expresses her grief over losing her paternal...

Did Miranda Lambert Get Divorced After 4 Months Of Marriage?