Byredo Just Launched Makeup—Here's What It Looks Like On

We know you're curious. 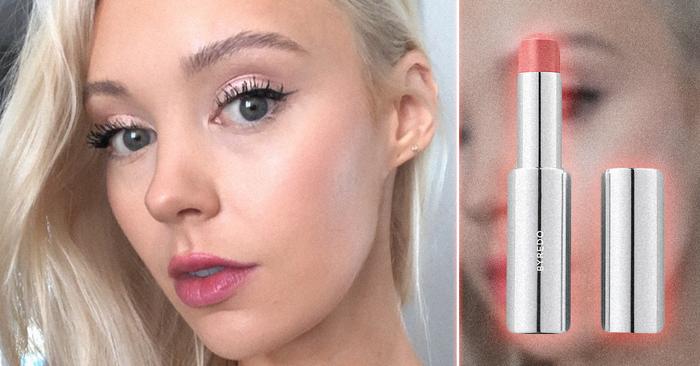 There is basic makeup in this world, and there is not-so-basic makeup in this world. And we're not going to beat around the bush: Byredo's new collection is most definitely the latter. In fact, take one look at the alienesque design of each of the four products—a mascara, eyeliner, lipstick, and creamy color stick—and it could even be argued that this makeup is not-so-basic makeup from out of this world. Of course, that's all part of the plan—a long-awaited artistic journey that's been two years in the making and that's been whimsically studded with teasing, hints, and temptations along the way. Well, Byredo makeup is finally here, and practically everyone I know in the beauty industry has been chomping at the bit.

Dearly beloved for its cultish collection of fragrances, the Swedish perfume house had an entirely intentional, unique, and arguably outside-of-the-bubble vision for its makeup debut of "open-source" formulas that could be used, interpreted, and applied any which way the user's mind wandered. After noticing the success and symbiotic relationship between fragrance and beauty, Byredo's founder and creative director, Ben Gorham, allowed himself to imagine the artistic and visual way makeup could manifest through the Byredo lens of beauty. Not surprisingly, it looked quite different.

"I thought our visual ideas could be as different as our approach to scent," he notes in a press release from the brand. "As I started to really look at the beauty world, I found much of it conservative and conventional. I thought we can do this, and we can do it differently. Ultimately, beauty is subjective–Byredo makeup had to reflect that."

Then came Byredo collaborator and celebrated British makeup artist Isamaya Ffrench to complement Gorham's vision and to help see the process through from a raw and artistic perspective. Keen to redefine and reimagine what the public generally expects from a hot-off-the-presses makeup collaboration, the two joined forces for what would turn out to be a totally unique, highly anticipated launch.

"I don’t want to tell people how to wear the cosmetics, just to inspire them," Ffrench points out. "For example, some of these first products are simply sticks of colors, colors that are universally beautiful and that can be worn whichever way you like. I wanted to create a sense of freedom in the way we approach using makeup but also in the way we communicate the products. Byredo can be anything—that is what we are trying to establish.”

Boasting bold and extreme color ranges and pliable and manipulation-friendly textures, Byredo's collection invites play and freedom, and it's no secret the packaged design of each product feels like a treasure in and of itself. Fun fact: Gorham is behind the "uniquely totemic" anatomy of the collection, each of which can be interpreted as "obscure objects of desire to be possessed as well as worn." (Take a look at the collection, and do with that information what you will.)

It's also worth pointing out the internal composition of each product, as we are increasingly living in a world where clean, sustainably produced formulas are (and should be!) the norm. According to the brand, "there is a pursuit of perfection and quality that does not belie the human element." And while each product is made from mostly clean, natural ingredients, performance and technology were of utmost importance. As outlined in the brand's press release, "This is makeup that lives, moves, and breathes with the wearer and does not demand sophisticated application or a permanent filter IRL. Byredo is made for life—in both senses of the term."

Being that I'm a beauty editor with a special affinity for fun makeup that hasn't already saturated an overly full industry, I'm diving into everything you need to know about Byredo's makeup launch just below—complete with photos, reviews, and what I personally feel is (or isn't) worth your hard-earned dollars. Keep scrolling!

How to Wash Dark Clothes in 4 Simple Steps

These Under-$98 Finds Are So Good It's Kind of Alarming

If You Already Have Nike Socks, Anklets, and Sweatshorts,...