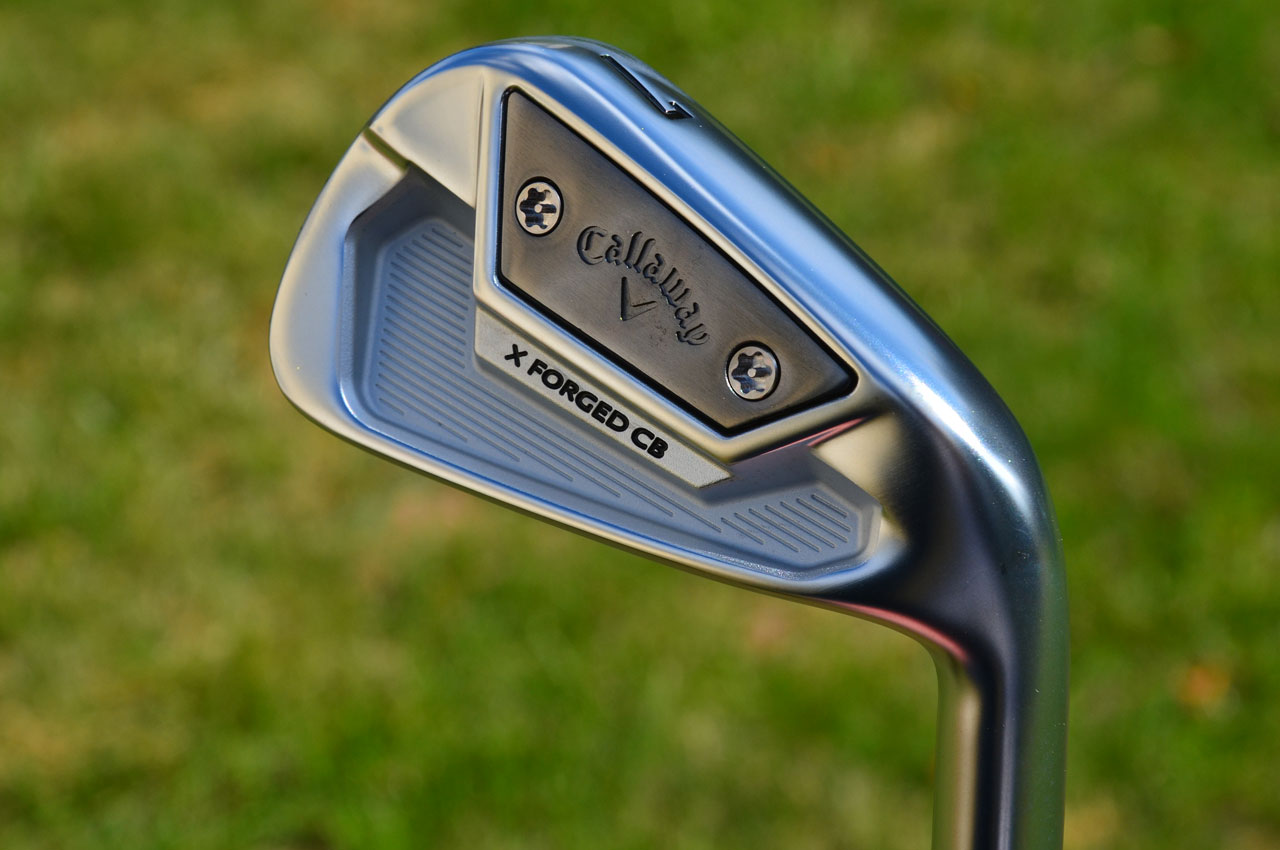 Many elite golfers are happy to switch irons as long as designers don’t make major changes and the new clubs perform better. It’s a paradox that traps clubmakers and engineers. Pros, college players and potential club champions want their irons to look and sound a certain way, and when designers stray too far from what players have grown accustomed to seeing and hearing, many players won’t even give the new gear a chance.

With the new X Forged CB irons’ release, Callaway has tried to overcome that challenge by designing a better-player’s cavity-back iron differently.

Looking down in the address position, good players should like what they see: a compact blade length, only a touch of offset, some pre-wear on the leading edge and a relatively narrow sole.

The body is made from soft 1025 mild-carbon steel for a soft feel. But instead of creating the X Forged CB as a one-piece forging, Callaway designed the clubs to be hollow. That allowed designers to add a piece of tungsten inside the head in the toe area that offsets the hosel’s weight. As a result, the ideal hitting area is pulled more into the center of the face. 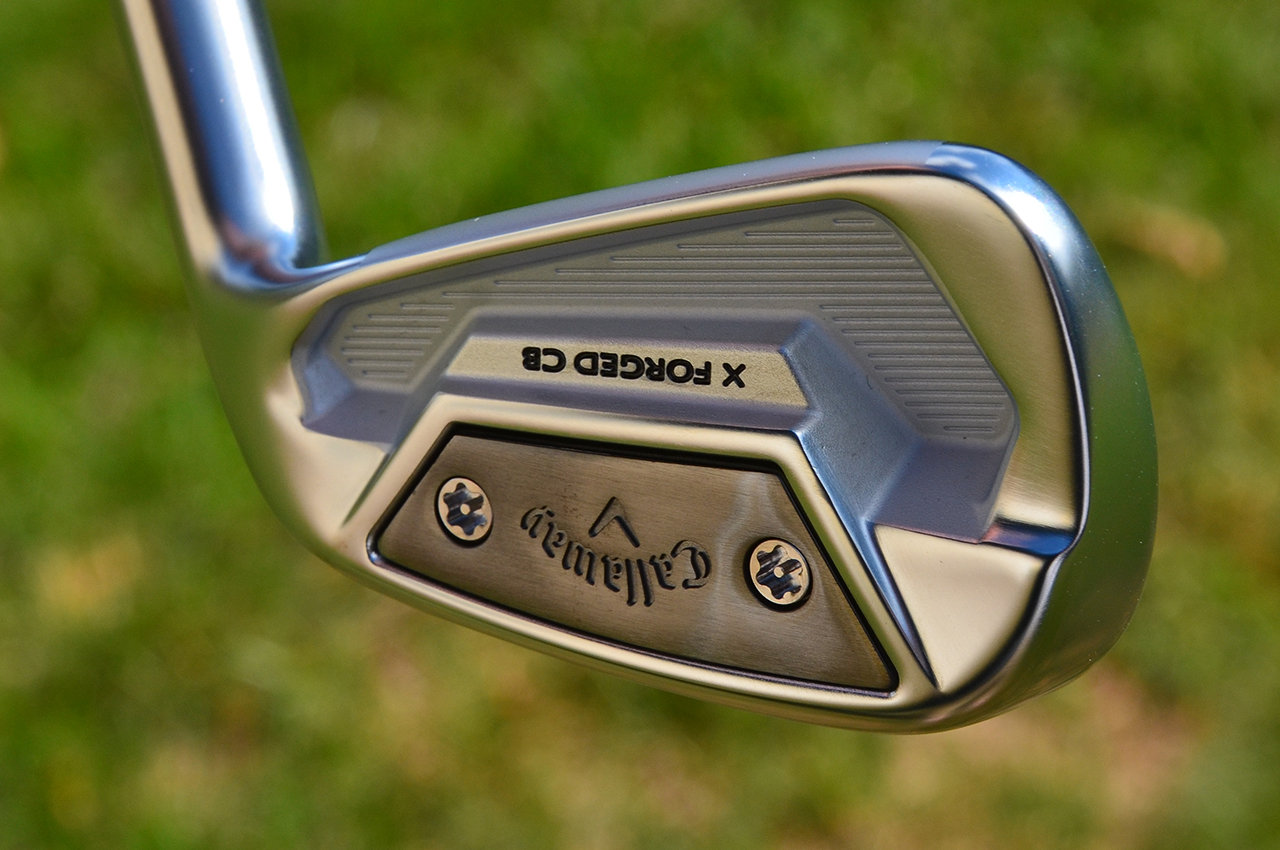 The tungsten weight on the back of the X Forged CB irons lowers the center of gravity and allows for customization of swing weight. (David Dusek/Golfweek)

Callaway also gave the X Forged CB a tungsten backplate that is attached by two screws. Golfers will not be able to remove it, but custom fitters can swap in different plates to adjust the swing weight based on a club’s length and player preferences. 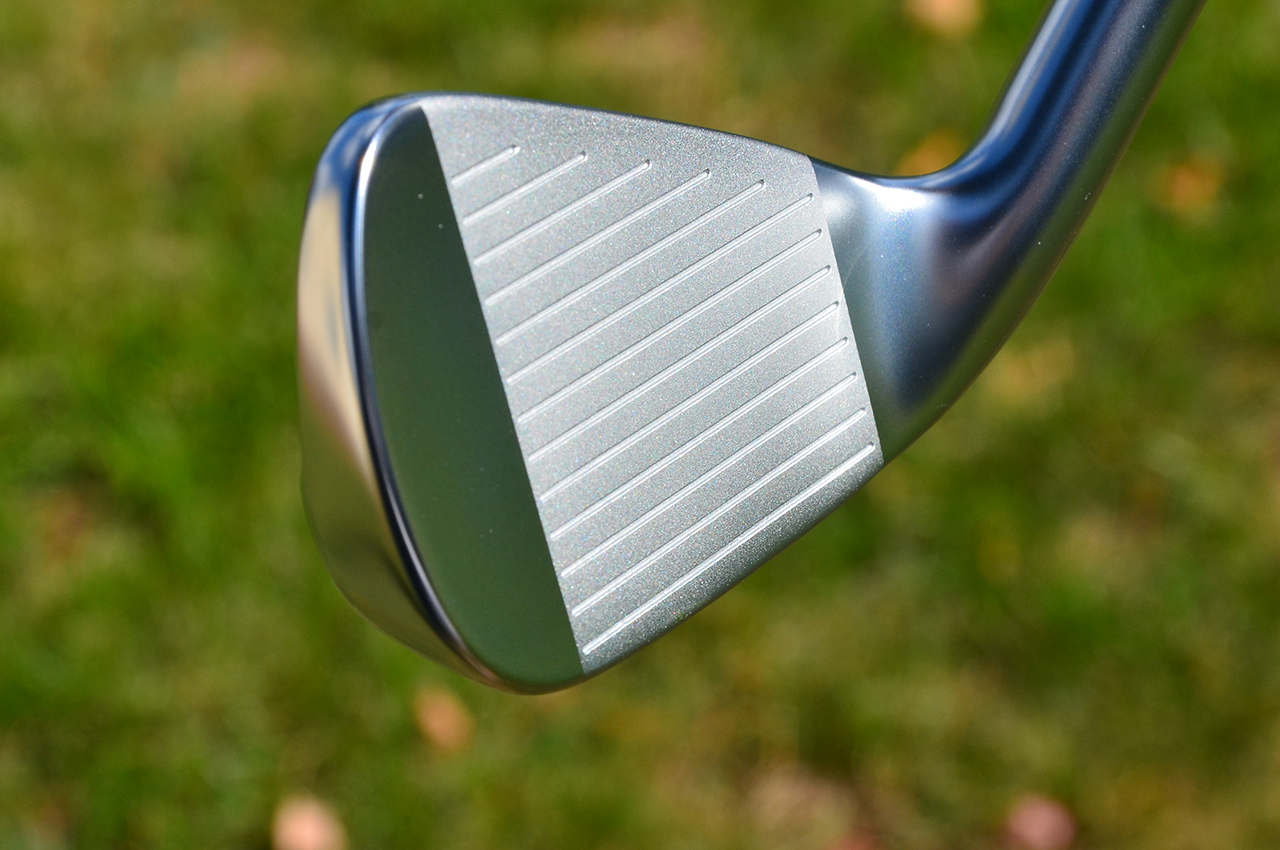 For extra ball speed, Callaway gave the X Forged CB a 17-4 stainless steel faceplate. While the hollow-bodied construction allows it to flex more efficiently, it does not produce a ball flight as high as Callaway’s cup-face designs, so accomplished players should be able to shape their shots more easily. 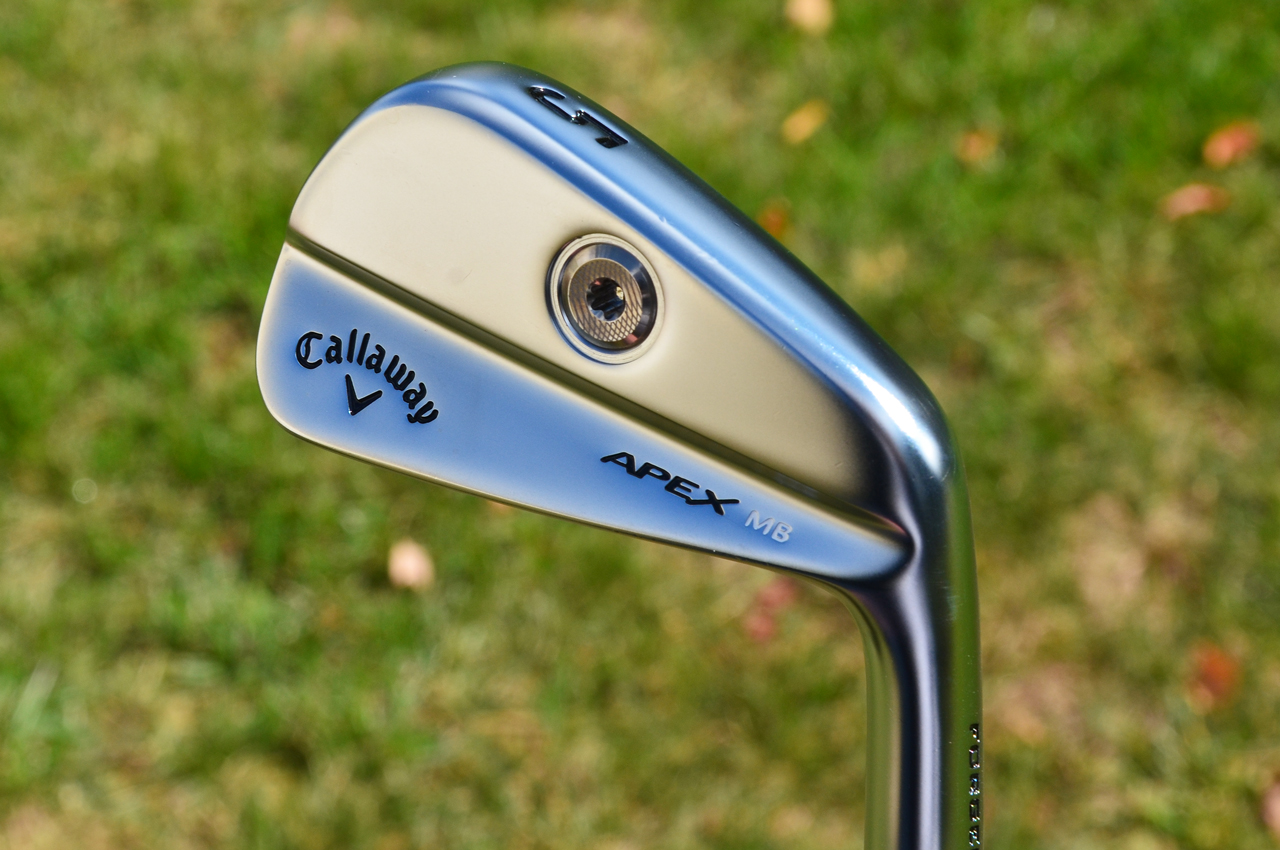 Chances are excellent that Callaway’s new Apex MB irons are not for you. But that’s okay, because while almost everyone will appreciate these muscleback blades’ looks, they were not designed for the masses.

The Apex MB irons are for golfers who stare at the flag and consider two or three different approach options, who can feel the differences in the ways irons work through the turf and want no filters to mask the sensations created at impact.

Forged from 1025 mild-carbon steel for a soft feel, these irons have a razor-thin topline, virtually no offset and a thin sole. There is a small amount of pre-wear on the leading edge to help the clubs slip in and out of the turf more easily, but that is the only concession made to forgiveness. The Apex MB has the smallest blade length of any Callaway iron. 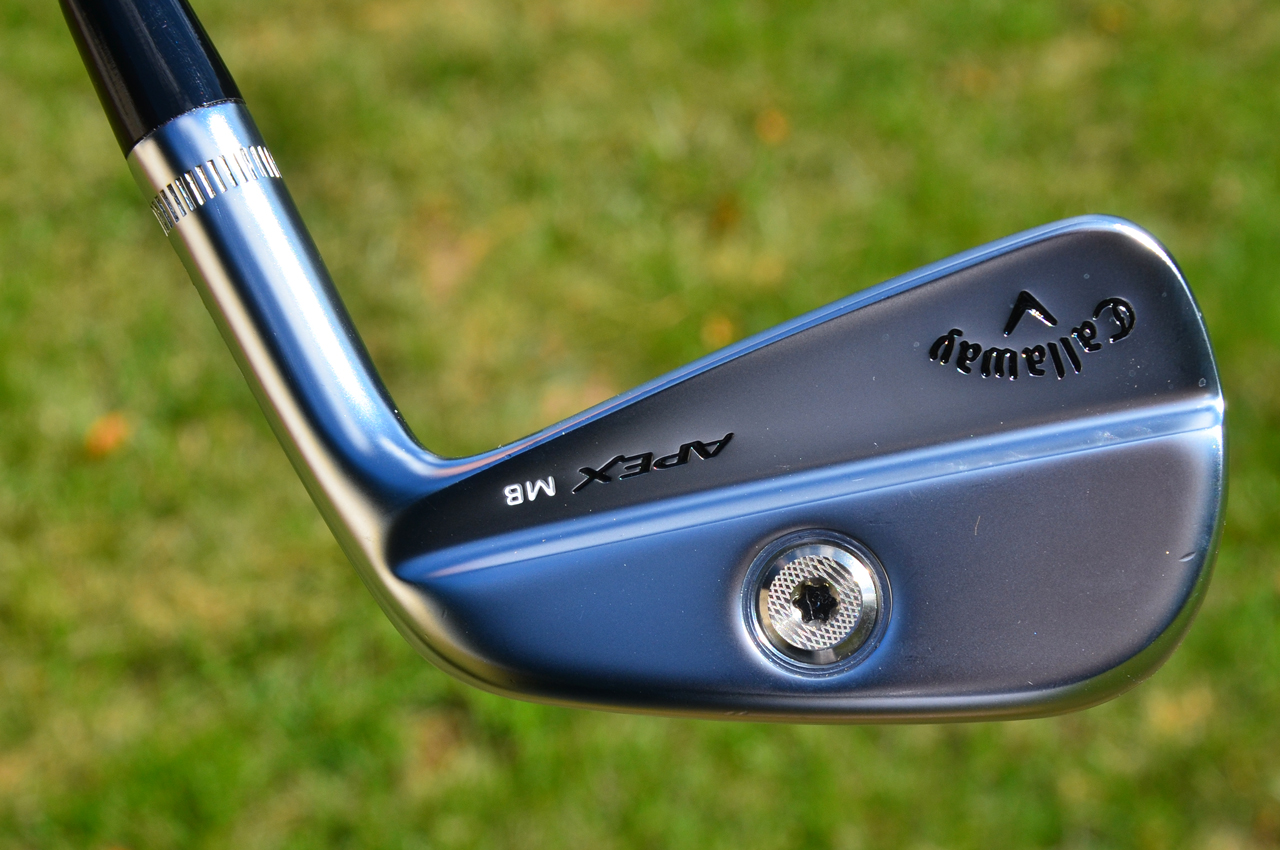 The circular weight in the back is designed to allow fitters to adjust the swing weight without shifting the center of gravity. (David Dusek/Golfweek)

The circular weight in the back of the head is not designed to be removed or adjusted by players. It allows fitters to customize the swing weight – the standard weight is 8 grams – without shifting the center of gravity. A 4-gram or a 12-gram weight can be subbed into that location depending on the player’s needs.

The Callaway Apex MB is going to be sold through custom order only, so there are no set stock shafts or grips. A wide range of steel and graphite shafts are available.