Canada Closes In On Airline Support Package – How Will This Impact Airlines?

With sources reporting that flight refunds are among the several conditions necessary for government aid, it looks like… 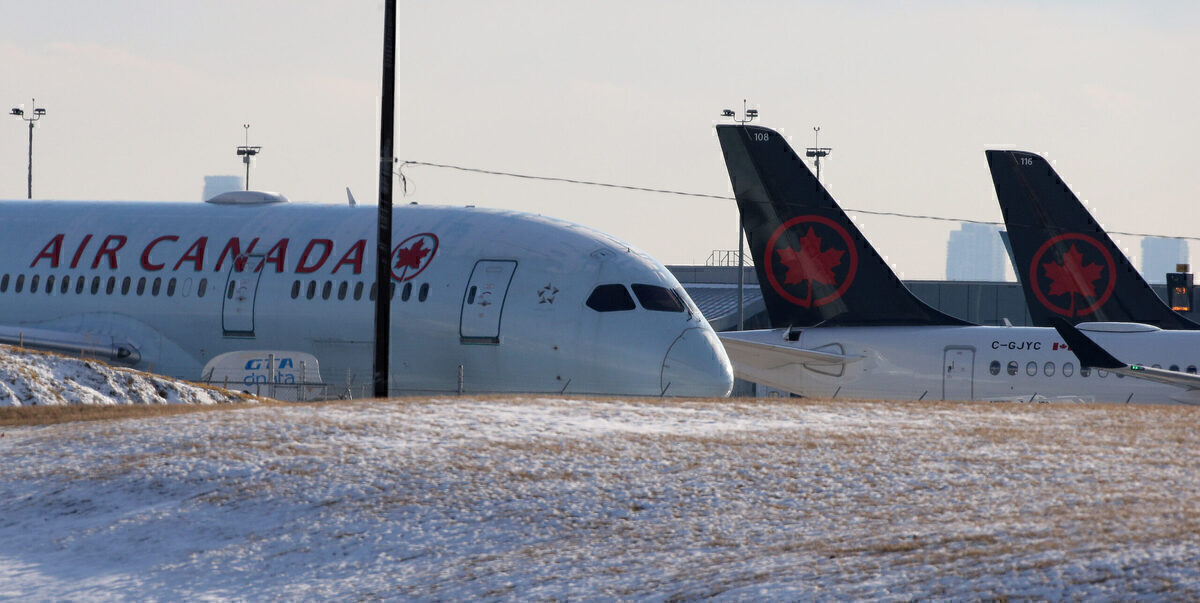 With sources reporting that flight refunds are among the several conditions necessary for government aid, it looks like Canadian carriers may get their long-awaited lifeline in the coming weeks. But with airlines having already adapted greatly to the reality of the global health crisis, how would a large injection of funds actually change the Canadian aviation industry?

In the past week, it was reported that Air Canada would agree to offer refunds to passengers who had flights canceled during the onset of the pandemic.

“The precondition for receiving a federal aid package is that Air Canada and the other airlines will have to repay customers. I know that Air Canada has absolutely agreed to do that,” -Jerry Dias, President of Unifor via The Toronto Star

At this time, it’s uncertain all the conditions airlines will need to agree to. In Europe, government bailout conditions have included carbon reduction targets, board representation, and even reductions in night flights (Netherlands) and domestic flights (France). In the United States, conditions included agreements to protect jobs, limits on executive pay, share buybacks, and the issuance of dividends, as well as a minimum level of services and/or route protection.

Will Canada see anything similar?

Without having many more details of what the government will want from airlines, we can only make educated guesses based on the current situation. Here are some possibilities:

A freeze on job cuts: While the government has been providing wage support to businesses (including airlines) through its Canada Emergency Wage Subsidy (CEWS), we’ve seen carriers continue with job cuts. Even though CEWS set the maximum wage subsidy rate for active employees at 75%, airlines still had to cover the other 25%. For workers who just weren’t needed, that 25% was still an unnecessary expense. Airlines may still have more employees than are needed right now and may not need to re-hire anyone just yet. Thus, it seems logical that carriers would agree to hold off on even more job cuts if funding is provided.

Freezing more service cuts or even resuming services: In recent months, we’ve seen both WestJet and Air Canada suspend lower-demand routes. Some of these connected smaller communities across Canada. Government funding may allow airlines to operate minimal service on these important low-demand routes and could also prevent further service reductions.

Additionally, the Toronto Star had mentioned that the government would want airlines to improve their financial transparency. Something that would likely have support from the greater public.

Even though governments on the other side of the Atlantic – namely the Netherlands and France – have tied sustainability-related initiatives to government support, we’re not sure if this is likely on the Canadian side.

“This is our chance to build a more resilient Canada, a Canada that is healthier and safer, greener and more competitive, a Canada that is more welcoming and more fair. This is our moment to change the future for the better,” -Justin Trudeau, Prime Minister of Canada via CTV (August 2020)

Despite Trudeau’s summertime hopes to rebuild ‘greener,’ back in October, Global News reported on polling that indicated little support for an economic recovery plan that had a high priority for quickly transforming to a carbon-neutral economy. It’s possible things have changed since then, but not likely.

Ultimately, Canadian carriers have already adapted greatly to the lower-demand environment with layoffs, route suspensions, and in some cases, early aircraft retirements. Thus, the majority of ‘damage’ of not having sector-specific government support has already been done.

At least some airline customers will be able to get their cash back after waiting almost a year.

How do you think Canadian airlines will be affected by sector-specific government support? Let us know in the comments.

JetBlue’s New Airbus A220 Fleet – Where Will The Planes...