Cannabis in the Fashion Industry in 2021

In countries where the sale and consumption of marijuana products has become legal, it is becoming more embedded in different cultures and it is appearing in many new, and interesting industries. One of these is the fashion industry, where plenty of models and musicians show their admiration for this controversial plant by wearing clothes and […] More

In countries where the sale and consumption of marijuana products has become legal, it is becoming more embedded in different cultures and it is appearing in many new, and interesting industries. One of these is the fashion industry, where plenty of models and musicians show their admiration for this controversial plant by wearing clothes and accessories promoting the substance.

Famous and influential people all around the globe have been advocating for the legalization of cannabis for many years, so it is no wonder that it was going to be popular in the fashion industry. However, the big question on everybody’s lips is whether it will last or is it just a phase? As we all know things come and go in fashion all the time, so if cannabis in the industry is not just a phase, how long will it last and ?

How the Current Cannabis Culture is Welcomed in the Fashion Industry

In the past, marijuana wasn’t welcome in the professional fashion sector because of the negativity surrounding the substance. At the end of the day, the sale of cannabis was, and still is in many areas a criminal offense. People heavily involved in the fashion industry tended to stay well away from marijuana. The only marijuana merchandise was the occasional Bob Marley Rastafarian t-shirt or one that had a cannabis leaf on the front.

In recent years marijuana is much more accepted in the fashion world. Here are a few of the reasons why marijuana might become a trend in the future:

With people warming to the idea of the sale of legal marijuana, many of those who were opposed to the idea originally are changing their minds.

It’s hard to put an exact date when top fashion designers started to use things like a marijuana leaf in their designs, but in 2015, used weed leaves to line both her trousers and her dresses.

The following year in the fall, another major fashion designer Alexander Wang used a marijuana-themed design which was all in black and white and used in mohair coats and skirts. However, the designer went one step forward and had her models rolling joints during that year’s ad campaigns. This was a huge step, combing the cannabis and fashion industry together. Many were furious with Wang for her controversial campaign which never bothered her. A lot of people showed their admiration for the designer and supported her through the ordeal.

It seems like most jewelers nowadays have some form of marijuana-themed jewelry for sale. In the same year, Alexander Wang showed the world her controversial fashion show, a designer who worked for a company called Vetements produced a weed grinder necklace. This became an extremely popular item, along with their earrings that were shaped like a cannabis leaf which appeared on lots of runways all around the globe.

In recent years, some of the world’s biggest pop stars, such as Miley Cirus and Rihanna, show their love for cannabis by wearing some of this jewelry. There have been many times they have been seen out and about wearing clothes branding a cannabis leaf. Celebrities like these two are exactly what is needed if cannabis is going to become a trend in the fashion industry.

Why do so many Models use Cannabis?

For those looking in from the outside, being a model seems like an easy gig. All you have to do is put on clothes and walk up and down the catwalk. Unfortunately, being a model is not as straightforward as you might think. To become successful, it takes hard work and serious dedication. Here are a few of the reasons why even some of the world’s top models consume cannabis:

Maintaining a healthy diet, exercising on a regular basis, and being able to compete in a highly competitive market are just a few of the things that makes the job challenging. One of the reasons why many models avoid using cannabis products is because it can increase a person’s appetite. If models are finding it difficult to control their weight, getting stoned might not be an option.

Is Everybody in the Fashion Industry Accepting Cannabis into the Industry?

Plenty of people in the fashion industry have welcomed the marijuana industry into the fashion world, however, some are very much against the idea. Although cannabis is legal for recreational use in 11 states in America, it is still banned from the rest. Just because in some countries like Canada, where you can easily purchase weed from stores like , in countries like Italy and France, which are both known for their fashion on a global scale, cannabis still remains illegal so it is no wonder so many people are not too happy seeing cannabis creep into their world.

Even those who are involved in the industry who are pro-cannabis, many are afraid of integrating any cannabis-friendly designs or logos into their clothing items or accessories in case of a backlash.

Although some major stores stock cannabis-themed clothing items and accessories, such as Barneys in New York and Nordstrom, the people running these famous stores are reluctant to comment or openly talk about the subject. It still seems like we are at the early stages of cannabis in the fashion industry, and with countries all over the world are changing their marijuana laws and authorized cannabis stores like this Calgary weed store selling marijana products, the chances are cannabis will become a trend in the near future.

The majority of people consuming fashion items are aged between 20-35 years old. Many fashion designers are looking at . With some of the biggest celebrities on the planet wearing these weed-themed items, it looks like cannabis in the fashion industry is here to stay.

Emily Ratajkowski Wore the Next It Jeans, and They're a Vibe 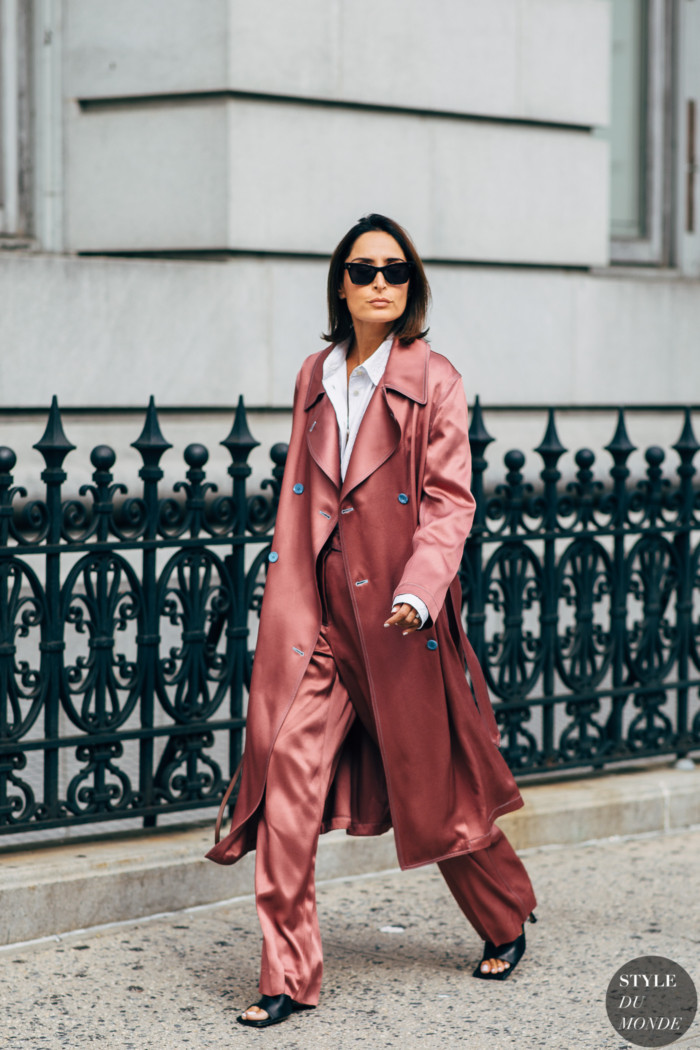 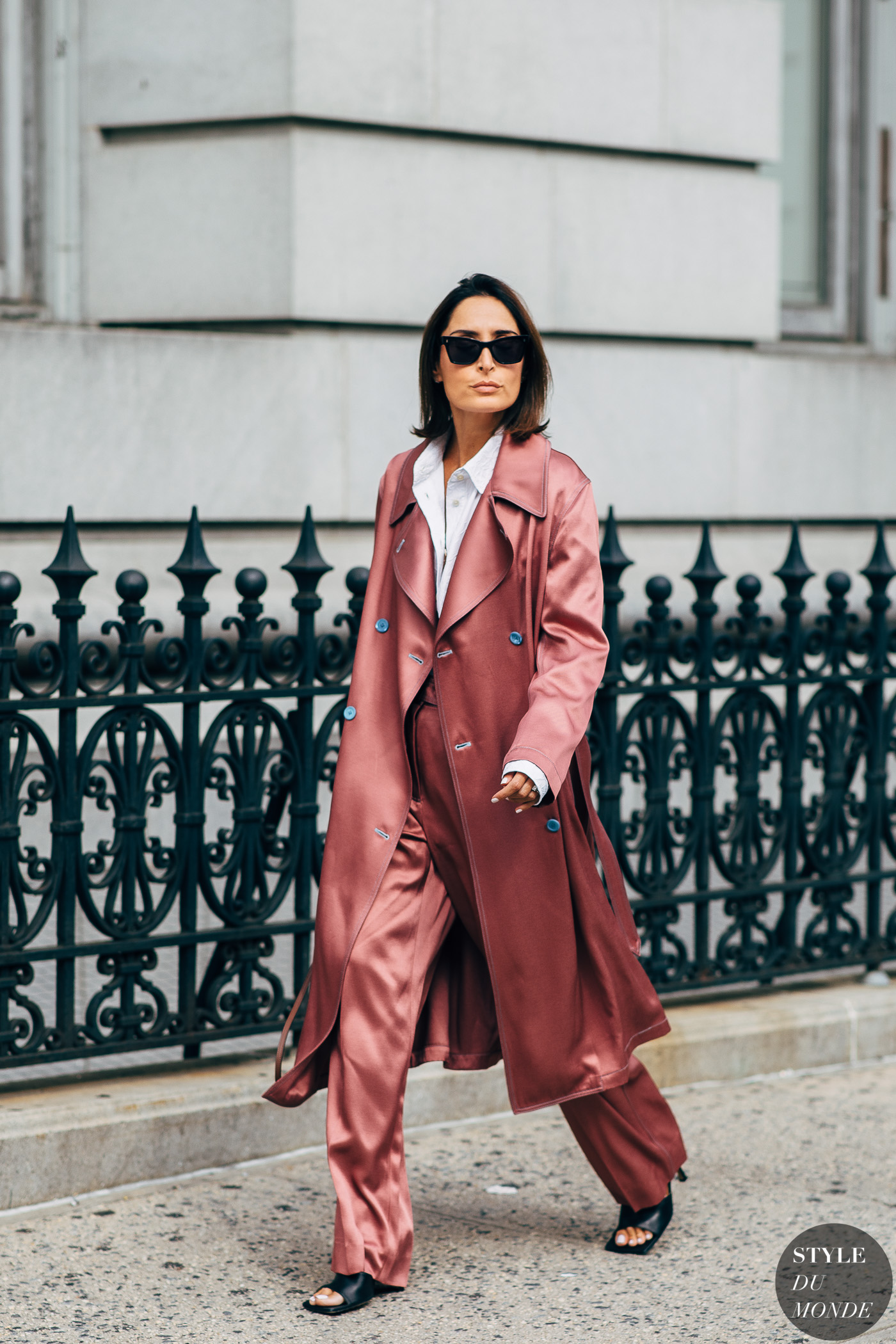 Geraldine Boublil between the fashion shows.

It's True—This Is the Reigning Champion of Summer Denim...