This week's Empyre: Captain America #1 sees Steve Rogers explicitly commit treason - and, in a surprising twist, he's right to do so. 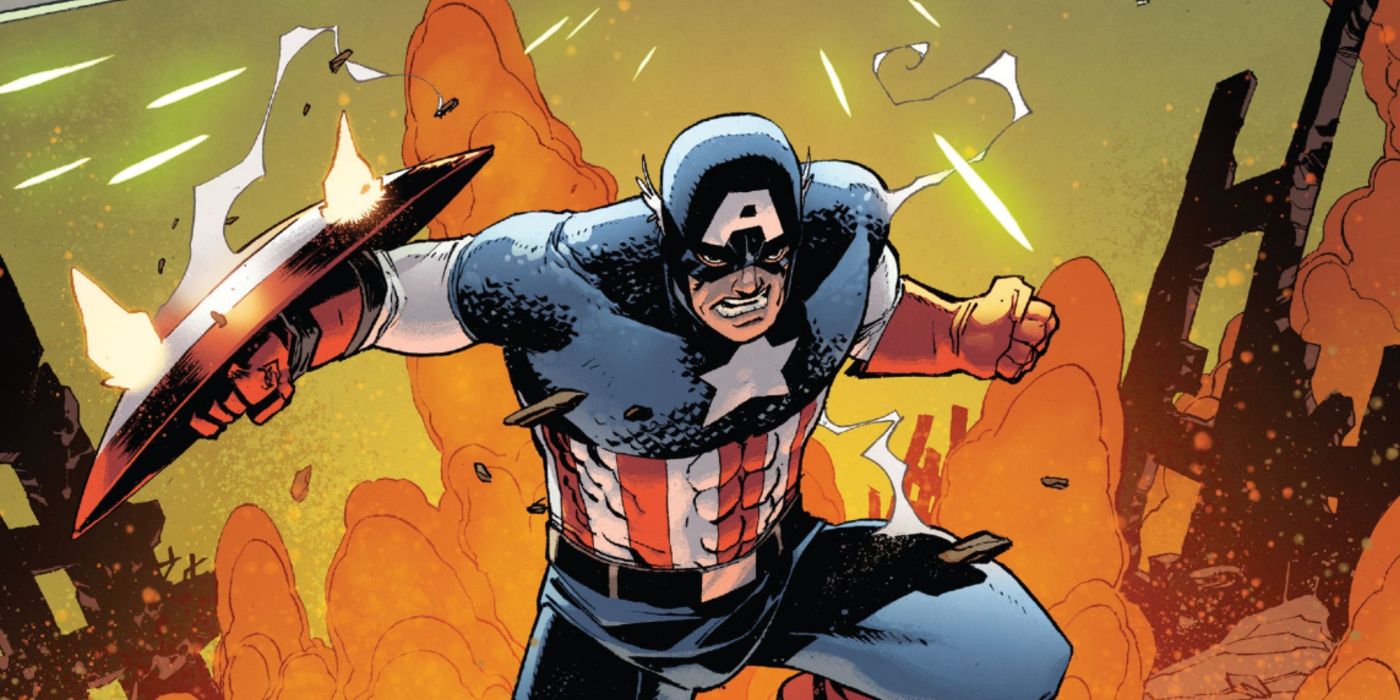 Captain America has just committed treason against the United States - and he's right to do so. Marvel's "Empyre" event was delayed due to the coronavirus, but it's now in full swing, albeit reduced in scope. The Earth has been invaded again, this time by a race of plant creatures called the Cotati; this comes hot on the heels of last year's "War of the Realms," and by now insurance policies in the Marvel Universe probably cover alien invasion as standard.

The "Empyre" tie-ins are something of a mixed bag, and this week's Empyre: Captain America #1 - by writer Phillip Kennedy Johnson and artist Ariel Olivetti - has come in for heavy criticism from some fans. As The Xavier Files notes, Johnson is a Sergeant First Class (E-7) in the US Army, an active duty soldier in the US Army Field Band, and he serves as a musical ambassador for the military. That may well explain why the issue reads like a piece of propaganda for the US military, highlighting a modern group of Howlin' Commandos almost as much as it does Captain America. But the book's climax is a surprising one, because technically Steve Rogers actually commits treason.

Related: Marvel's God of Symbiotes is Joining The EMPYRE Event

The issue sees Captain America join the successful defense of Washington, DC, and he subsequently receives very strict orders from General Woodley. Cap approaches the general with ideas to help defend the city, while he intends to head down to South America to help repel a major Cotati push. He's overruled by General Woodley, who reminds Cap that he is the ranking officer in this discussion. "Captain, I will not spend resources defending so-called 'allies' who will never be in a position to return the favor," Woodley insists. "Every service member in our military is needed right here. Including you. Now get out there with the rest of my troops and await further instruction." Instead, Captain America walks out to join with the troops - and rallies them to follow him to Mexico, because he believes the battle is to save the entire human race. He may well be right, but it's impossible to argue this isn't treason.

Empyre: Captain America #1 is an interesting comic, because in political terms it's clearly constructed as a criticism of Donald Trump's "America First" doctrine, and a defense of America's past interventionist policies. Johnson doesn't even attempt to be impartial, clearly positioning General Woodley as an antagonist and Steve Rogers as unquestionable right. By the end of the issue, it's clear Johnson doesn't aim to explore this with any sense of nuance, because he has Woodley infected by the Cotati and transformed into one of their agents, meaning he'll become one of the main villains of the story. This simplistic approach is rather disappointing, because it means Captain America will probably face no real consequences for what is clearly an act of treason.

The story is all the more problematic, though, when you remember that "Captain America" is an honorific term, and it's been quite some time since Steve Rogers served as an active captain in the US military. Far from reporting in to General Woodley as a subordinate officer, he was actually an Avenger paying a visit to the Pentagon... so this whole story doesn't really work at all. The US Government is currently opposed to the Avengers, even establishing their rival Squadron Supreme, so there's no way they'd sign off on a serving member of the US military remaining in the team.

More: The EMPYRE Invades An Entire Island of Zombie Mutants

Alanis Morissette Multitasks Like a Hero In ‘Tonight Show’ Performance With Her...