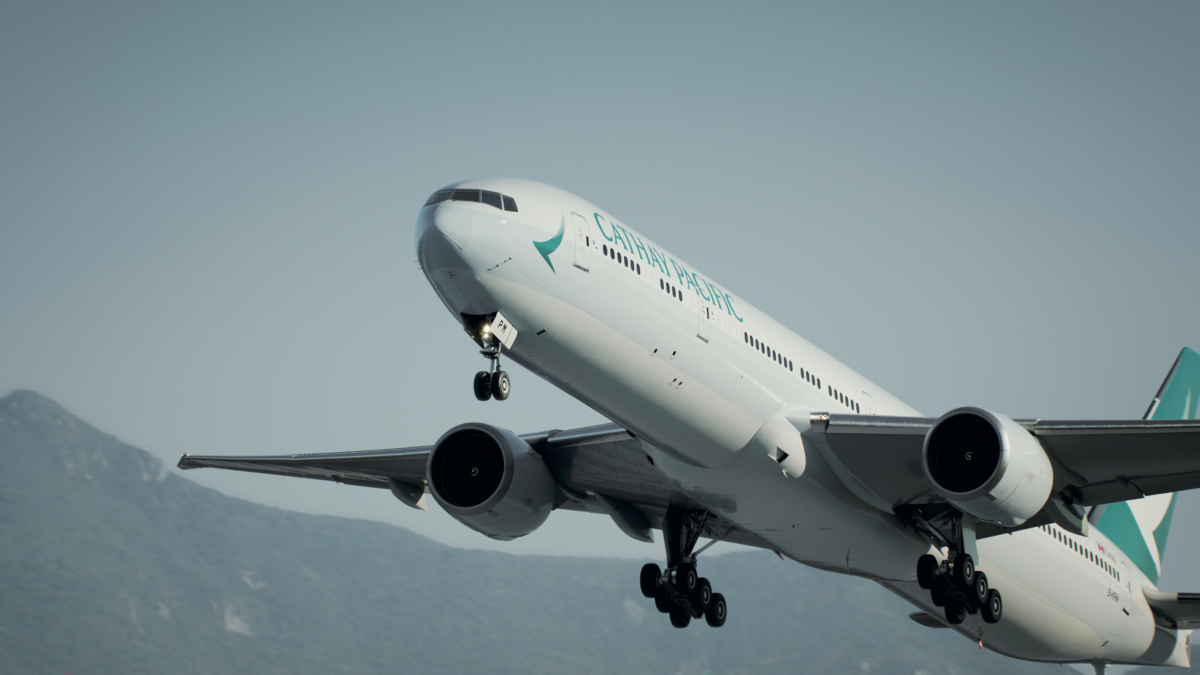 “The entire aviation industry has been hit hard by COVID-19, and the environment will continue to be extremely challenging for many years,” notes Ronald Lam, Cathay Pacific Group Chief Customer and Commercial Officer.

“We are weathering the storm for now, but the fact remains that we simply will not survive unless we adapt our airlines for the new travel market,” said Mr Lam.

There were no bright spots across the Cathay Pacific in August. Passenger numbers on critical routes into mainland China were down 99.1%. The numbers for flights around were worse, down 99.6%. Flights to South Asia, the Middle East, and Africa were not operating. The most in-demand routes were those to North American and Europe. Passenger numbers on flights to these continents were down 97.1%.

“Given that we will be operating just a fraction of our services in the foreseeable future, we will continue to transfer some of our passenger fleet, approximately 40%, to locations outside of Hong Kong in keeping with prudent operational and asset management considerations,” Mr Lam said.

There are 200 aircraft across the wider Cathay Pacific Group. But 134 of those planes are not flying. Ronald Lam doesn’t see passenger demand increasing soon. Available capacity is getting cut by a further 10% over September and October.

Cathay Pacific predicts a long road to recovery. The airline notes that the International Air Transport Association doesn’t expect the airline industry to get back on its feet until 2024.

“The environment will continue to be extremely challenging for many years,” agrees Mr Lam.

One of the brighter spots was cargo. Normally, Hong Kong Airport is one of the world’s busiest air cargo hubs. Cathay Pacific a big beneficiary of that status. While cargo is down, Cathay Pacific is cautiously optimistic about a busy cargo season this northern winter. The Cathay Pacific Group carried 102,122 tonnes of cargo and mail in August, a fall of 36.7% compared to August 2019. But Cathay Pacific sees rays of light in the cargo sector.

“Cargo remains the stronger performer in our business, and we saw similar overall cargo tonnage and load factors in August as we did in July.

“We continued to introduce additional cargo capacity where possible. Overall in August, we operated 436 pairs of cargo-only passenger flights, a similar number to July, of which 23 had cargo loaded into the cabins,” said Mr Lam.

Cathay Pacific is working to reduce its monthly cash burn and adapt the airline to a fast-changing environment. The airline is encouraging discussions between the Hong Kong Government and other governments to establish travel corridors. But the horse has already bolted for Cathay Pacific. To survive, the Cathay Pacific Group acknowledges it must restructure the business. Doing so will materially alter the scope and reach of Cathay Pacific operations in the future. Ronald Lam says;

“A restructuring will be inevitable to protect the company, the Hong Kong aviation hub, and the livelihoods of as many people as possible.“

WestJet Grows October Schedule With US, UK, And Leisure Flights

Could Emirates Be Looking To Cut Its Airbus A380 Fleet?