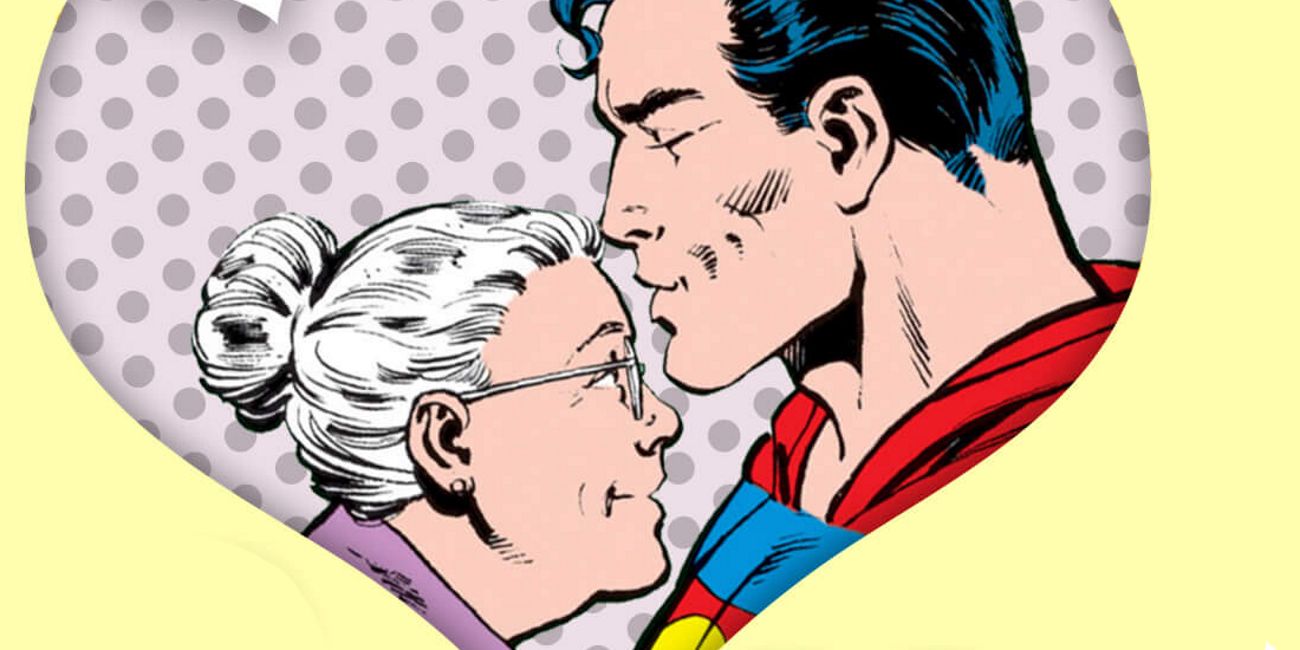 With Mother’s Day fast approaching, the time has come for those wishing to show their mother or maternal figure the proper amount of appreciation and love, but with the coronavirus pandemic keeping loved ones apart, some may be seeking alternatives to the usual Hallmark card. With that in mind, DC Universe has released a small number of comic-inspired Mother’s Day cards for fans to print out and deliver from the comfort of your own home.

Similar to the vintage comic-inspired DC Valentines they released in February, these Mother’s Day cards highlight two notable parents that are synonymous with the heroes they raised: Superman’s mother Martha Kent, and Batman’s mother Martha Wayne. While there are enough beloved mothers to famous DC superheroes to fill a few articles, DC highlights these two who “are afforded an even higher honor by their super sons.”

The four images available on the DC Universe website salute these two remarkable women on the newly dubbed Martha’s Day. Martha Kent, created by Jerry Siegel and Joe Shuster in Superman #1 (1939), raised her adopted son Clark with husband Jonathan Kent, and is credited with instilling the morals and values that would be quintessential groundwork for the future Superman’s personality. Although the particulars of their relationship were apt to change, Martha Kent was often responsible for making Superman’s first costume out of clothing from the Kryptonian rocket that they found him in. Meaning a tribute is more than earned.

Martha Wayne, created by Bob Kane and Bill Finger in Detective Comics #33 (1939), was a caring mother who raised her son Bruce with husband Thomas from their home at Wayne Manor in Gotham City. While most famous for being murdered in front of Bruce Wayne, Martha and Thomas' death served as an eternal inspiration to the sole survivor and witness, leading their son down the path to becoming Batman. Throughout the years, Martha and her relationship to Bruce would be expanded upon, elaborating more about the woman whose memory would leave an impression on a young boy that even now, Batman hasn't quite moved beyond.

Each individual card features an image of either Martha with their respective son and follows it with a heartfelt message. While the sentiment is sweet, the writers couldn’t resist adding in a comic book reference  that’s sure to make any fan chuckle with a smile. One must keep in mind that the cards are geared specifically for children who wouldn’t look too deep into “the pearl of their hearts” or the person they “love more than Truth, Justice, and the American Way.” But if the Martha in your life would enjoy the comparison, why not make someone's day even better?

In the end, regardless if its your mother, grandmother, aunt, sister, or any other caring figure, DC Universe just wants to show their appreciation to all the Marthas out there. “And if anyone asks you why you said THAT name,” the website declares, "just say it's because you love them!” On that note, Happy Martha’s Day to all the stupendous mothers out there, real or fictional, who remind us what it means to be a real hero every day.

NEXT: Animal Crossing: New Horizons - Where to Find The Mother's Day Mug

The X-Men's Nightcrawler Teleports Faster Than a Bullet...