They're all about breaking the rules. 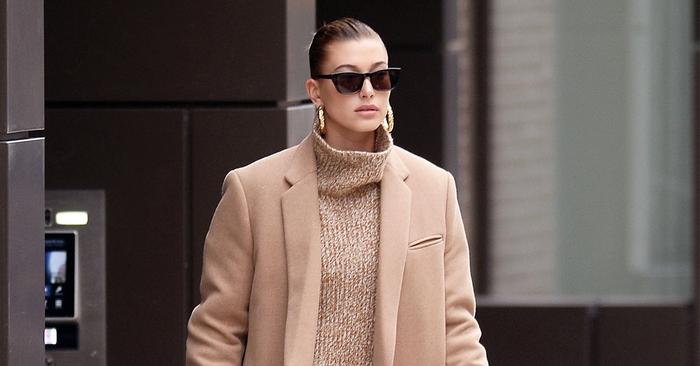 Let’s just get this out of the way. We’re all about you doing you, so if there’s a look you’re feeling, own it despite the “rules” out there. Celebrities, in general, are all about just going for it—especially when it comes to embracing the skinny-jean styling “mistakes” floating in the universe.

Case in point? Victoria Beckham’s latest ensemble with her so-wrong-it’s-right look featuring long jeans and pumps. She’s not the only A-lister following this trend, though—a slew of other celebs are wearing their skinnies in unconventional ways. Keep scrolling to check out the “don’ts” celebrities (and our team) are ignoring. Plus, shop for new skinny jeans if you’re feeling inspired to push the denim boundaries as well.

A "mistake" that's now completely out the window is stuffing skinnies into taller boots and having them bunch out. Hailey Bieber is showcasing that the vibe is actually incredibly cool.

Sometimes it's okay to keep it simple. Right, Gigi Hadid? Sure, we're all about adding a third piece to elevate an outfit, but a statement T-shirt alone works flawlessly with skinny jeans if it's warmer where you live.

As highlighted above, celebs aren't afraid to pare it back à la Chrissy Teigen in her all-black skinny-jean outfit. We're so into it because the vibe still makes a statement without having to go over the top.

Wearing black and brown together is one of those polarizing styling moves, but we, like Jennifer Aniston, are advocates for the look. Given that both hues are neutrals, they naturally go together, like Aniston's black skinny jeans and brown combat boots here.

If a skinny jeans–and-sneakers look is your vibe, follow Jasmine Tookes's lead and don't worry about the whole cropped jean silhouette if you're not feeling it. It's totally okay to go for a longer pair that hits below your sneakers for an unexpected look.

Next, check out the flats fashion girls still wear with jeans.

The Perfect Outfit Checklist: 7 Trendy Spring Looks That Have It All

I Don't Have a Skincare Routine, So I Tried Glossier's...

17 Swimsuits With Rave Reviews on Amazon (Plus 8 That Are...

Dyson Just Launched a $500 Hair Straightener, and This...