Council and Commission presidents tell senior MEPs about their trip to Turkey. 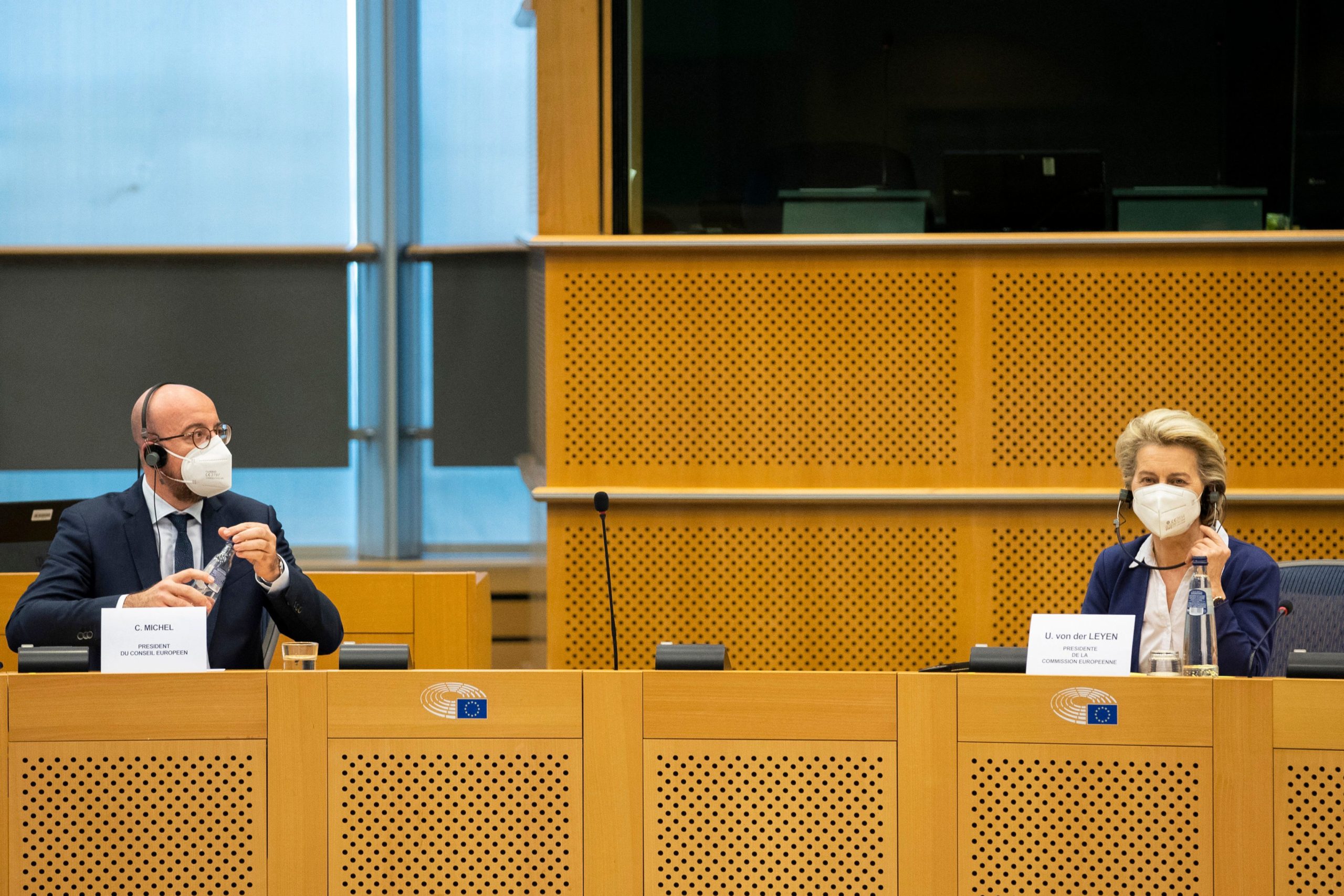 Michel presented the document, seen by POLITICO and called for “Common understanding regarding bilateral summits in which both Presidents participate,” at his first tête-à-tête with von der Leyen since last week’s incident, in which Turkish President Recep Tayyip Erdoğan and Michel sat in stately chairs while von der Leyen, the first female president of the Commission, was relegated to a nearby sofa.

The text pledges to give “increased attention to seating arrangements so as to ensure a dignified treatment of both Presidents, while respecting the protocol order.”

It also promotes a “division of labour in terms of speaking slots to be coordinated and agreed beforehand,” and calls on departments dealing with protocol from both institutions “to be involved in preparation of meetings, including in joint advance teams.”

Any new rules would be introduced “without prejudice of the treaties,” the Council was at pains to make clear.

As well as aiming to prevent any future such embarrassing incidents, the document was put forward after a call from von der Leyen’s head of cabinet, Björn Seibert, to clarify treaty rules on the ranking of EU institutions and promote equal representation on foreign visits.

On Tuesday, Michel and von der Leyen appeared before political leaders in the European Parliament to discuss the seating scandal.

According to Parliament officials in the room, Michel apologized several times for his behavior in Ankara, while von der Leyen expressed her discomfort.

One participant in Tuesday’s meeting said von der Leyen told MEPs the incident was “most awkward and unfortunate” and reiterated that the treaties put the presidents of the Commission and Council on an equal footing on such visits. The participant also quoted von der Leyen as saying: “You can imagine my feelings when I saw there was no chair for me.”

During the meeting, MEPs lamented the lack of unity shown and that the incident undermined the EU’s approach to Turkey at a time when the bloc is in discussions with Ankara on vital issues such as migration and expanding the customs union. Some lawmakers also demanded clarifications on the promises made to Erdoğan concerning migration, the customs union and the rule of law.

“We must address the heart of the problem: the voice of the EU in the world,” Dacian Cioloș, leader of the liberal Renew Europe group, said in a statement after the meeting. “This deplorable incident in Ankara is not the first … It is clear that these events undermine the credibility of the EU as a geopolitical actor.”

Cioloș added that the upcoming Conference on the Future of Europe was “the right place” to address issues of institutional reform.

Gentiloni: A €1.5T EU recovery fund should be ready by...

Hogan: Brussels will ensure ‘supremacy’ of EU law after...