Trade Secretary Liz Truss will present Japanese foreign minister Toshimitsu Motegi with a jar of British Stilton cheese to go along with the signing of the U.K.-Japan trade deal Thursday. The cheese became emblematic in negotiations for the U.K.’s historic first new trade treaty signed outside the EU. Motegi’s staff even gave him some for […] 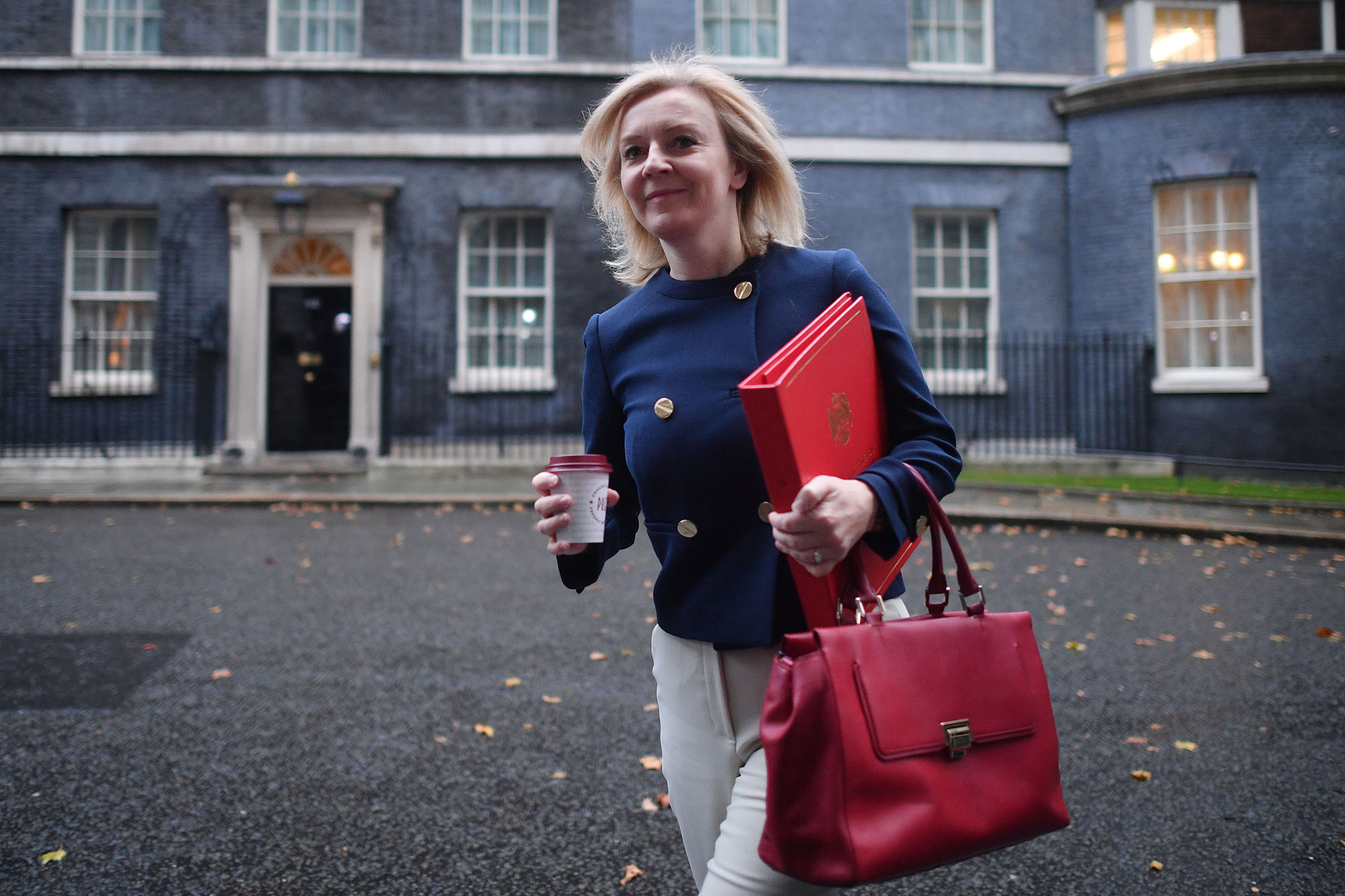 Trade Secretary Liz Truss will present Japanese foreign minister Toshimitsu Motegi with a jar of British Stilton cheese to go along with the signing of the U.K.-Japan trade deal Thursday.

The cheese became emblematic in negotiations for the U.K.’s historic first new trade treaty signed outside the EU. Motegi’s staff even gave him some for his birthday after Truss wrangled special access for the blue variety and other British cheese — pushing the deal slightly further than what Japan had agreed in its treaty with the EU.

“Today is a landmark moment for Britain. It shows what we can do as an independent trading nation,” said Trade Secretary Liz Truss, “as we secure modern and bespoke provisions in areas like tech and services that are critical to the future of our country and the reshaping of our economy.”

Truss points out that the deal “has a much wider strategic significance” when it comes to the U.K.’s ‘tilt to the Indo-Pacific’ as it “opens a clear pathway to membership of the Comprehensive Trans-Pacific Partnership [CPTPP].” Britain plans to put in its application to the 11-nation trade bloc in 2021. Japan will chair the group next year and can help to speed the process.

It’s not just cheese where Britain was able to push the envelope beyond what the EU and Japan agreed in the deal that formed the starting point for the U.K.’s negotiations. Britain was also able to squeeze out improvements in e-commerce, rules of origin, and financial services during the short, three-month negotiations. The deal was meanwhile able to do away with data localization rules that could increase business costs by requiring firms to have servers in Japan.

But while the deal “secures major wins,” according to a U.K. government press release, it has more “political significance” than economic impact, argues Minako Morita-Jaeger, a fellow, UK Trade Policy Observatory at the University of Sussex.

“The U.K. has been under political pressure to demonstrate its capacity to conclude its first FTA as an ‘independent’ nation,” Morita-Jaeger explains in a new analysis, pointing out that the deal’s “economic impact is likely to be very small.” The long-term economic boost from the deal, according to the U.K. government’s analysis is a 0.07 percent rise to GDP. That figure is just 0.04 percent in Japan.

The Japanese Government’s evaluation of the deal, Morita-Jaeger said, has been “more downbeat” and focuses on how it will maintain market access for Japanese firms while Britain said the deal goes “far beyond” what the EU negotiated with Japan.

The boost for Stilton comes from giving the U.K. left-over EU quotas on cheese exports, Morita-Jaeger notes. While getting more favorable access for Stilton is all fine and good, there are some aspects of the deal that could have been a slice above, she argues — especially when it comes to investment.

Morita-Jaeger urges Britain to “strategically analyse investment relations with its FTA partners” as it looks to improve foreign direct investment post COVID-19 and after Brexit. The U.K. and Japan could seek a bilateral investment treaty (BIT) to fill gaps left by the deal.

US to execute woman after 67 years

This Was a Pretty Good Debate. Who Cares?

Germans being German about coronavirus

Portugal can’t shake the virus, even at the beach