Chelsea ‘transfer saga continues’ as Bayern back in for youngster

The winger ‘would like … The post Chelsea ‘transfer saga continues’ as Bayern back in for youngster appeared first on Football365. 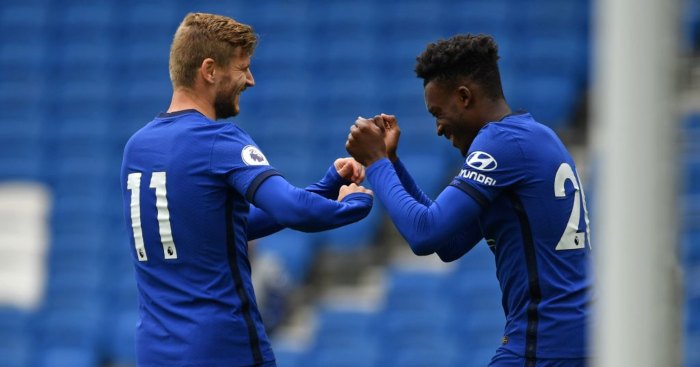 Bayern Munich are back in for Chelsea winger Callum Hudson-Odoi this summer, according to reports in Germany.

The winger was linked heavily with a move to the German champions as he struggled for regular football at Chelsea last term.

Under Frank Lampard, though, he has been a lot more involved in Chelsea’s Premier League matches, appearing 22 times last season and contributing five assists.

However, in Germany claim that Bayern could be back in for Hudson-Odoi again by saying ‘this flirtation could get hot again’.

Hudson-Odoi ‘would like to be’ loaned out this summer after Chelsea spent a lot of money on attacking additions.

Juventus and RB Leipzig have also been credited with interest but they suggest that ‘even a loan will not be financially manageable’ for Leipzig,

Bayern are looking for a winger after a ‘purchase failed’ for Ivan Perisic and ‘contact’ has been made between the Bundesliga side and Hudson-Odoi, with Bayern planning to ‘loan the player with a purchase option’.

Speaking of Bayern’s interest back in January, Hudson-Odoi said: “I was talking about it with the family and thinking, ‘I just want to play games,’ and at that moment I wasn’t playing enough.

“I wouldn’t say I was close to leaving but it was on my mind. What happened in January happened. But I signed my contract and I’m happy here now —  everything is going well.

“It’s been a rollercoaster year. A lot of things have happened which made me learn and think about stuff. I just needed to get back, be confident, be myself, score, assist — and show what I can do.”

The post Chelsea ‘transfer saga continues’ as Bayern back in for youngster appeared first on Football365.

City ‘take advantage’ of Man Utd hesistancy in battle for...