Chris Hemsworth Offers A ‘Thor: Love and Thunder’ Premiere Invite For All In Challenge 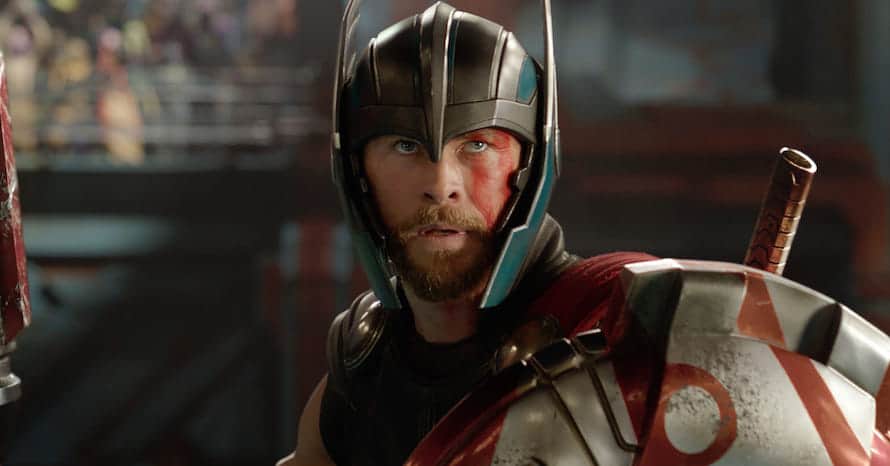 Avengers star Chris Hemsworth has joined the All In Challenge and has offered a fan a chance to join him at the premiere of Thor: Love and Thunder.

Since the coronavirus hit the United States the lives of everyone have been altered in ways that no one saw coming. This has also caused the highest unemployment rate in the country since the Great Depression hit over 90 years ago. Because of this, many celebrities have taken to the internet in order to help people in whatever way they can. Most recently this has included Thor actor and Avengers star Chris Hemsworth.

Like his Avengers co-star, Chris Evans, Chris Hemsworth was nominated to participate in the All In Challange by co-star Chris Pratt. The challenge is one that has fans donate money to raise awareness for food banks and other charities that have become all the more necessary in these troubling times. For Chris Hemsworth’s challenge, he has offered a lucky fan and a guest the chance to join him at the premiere of Thor: Love and Thunder where they will get the chance to meet him and the cast of the upcoming Marvel film.

You can see the full video below:

#ALLINCHALLENGE accepted. I’m inviting you and a guest to the premiere of THOR: LOVE & THUNDER! Donations go to @nokidhungry, @mealsonwheelsamerica and #americasfoodfund which benefits @feedingamerica and @wckitchen.

What do you all make of Chris Hemsworth’s entry in the All In Challange? Will you participate in order to see Thor: Love and Thunder with the actor?  Let us know what you think in the comments below!

Full details on the plot for Taika Waititi’s Thor: Love and Thunder are currently under wraps, though the film will be based, in part, on Jason Aaron’s Mighty Thor comic book run, in which Jane Foster becomes the new Thor. Directed by Taika Waititi from a script he co-wrote with Jennifer Kaytin Robinson, the film stars Chris Hemsworth, Tessa Thompson, Natalie Portman, and Christian Bale.

Thor: Love and Thunder is set to be released on February 11th of 2022. Stay tuned to Heroic Hollywood for the latest news on Chris Hemsworth’s upcoming film and be sure to subscribe to Heroic Hollywood’s YouTube channel for more great video content!

The post Chris Hemsworth Offers A ‘Thor: Love and Thunder’ Premiere Invite For All In Challenge appeared first on Heroic Hollywood.