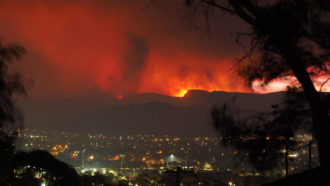 Devastating wildfires blazed across southeastern Australia in late 2019 and early 2020. Researchers now report that human-caused climate change made those fires at least 30 percent more likely to occur. Their study was published online March 4.

A prolonged heat wave had baked the country. It turned out to be the primary factor raising the fire risk, said Geert Jan van Oldenborgh. He is a climate scientist. He works at the Royal Netherlands Meteorological Institute in De Bilt. The new study also linked the extremity of that heat wave to climate change. Van Oldenborgh spoke at a March 3 news conference to explain his team’s findings. Such an intense heat wave in the region is about 10 times more likely now than it was in 1900, his team’s study found.

Explainer: What is a computer model?

Van Oldenborgh also noted that computer models of climate tend to underestimate how severe such heat waves will be. That suggests climate change may be responsible for even more of the region’s high fire risk. “We put the lower boundary at 30 percent,” he said, “but it could well be much, much more.”

Last month, southeastern Australia was declared free of wildfires. It was the first time this region was fire-free in more than 240 days. That’s according to a March 2 statement on Twitter by the New South Wales Rural Fire Service. (New South Wales is an Australian state.)

Since early July 2019, fires burned through an estimated 110,000 square kilometers (42,000 square miles). That’s an area about the size of the state of Virginia. Those fires killed at least 34 people and destroyed about 6,000 buildings. The blazes also killed about 1.5 billion animals. Researchers are still tallying the damage and assessing the potential for many native plant and animal species to recover.

How they figured it out

The new study was conducted by an international team of researchers. It’s known as the World Weather Attribution group. These scientists investigate how much of a role climate change might be playing in natural disasters. Given the quick turnaround time, their study has not yet been peer reviewed.

Explainer: What is attribution science?

Friederike Otto works at the University of Oxford in England where she models climate. “We wanted to bring the scientific evidence [forward] at a time when the public is talking about the event,” she said. Her group’s study also looked at how climate change altered the Fire Weather Index. That’s an estimate of wildfire risk.

The researchers ran a set of climate models. Then they compared what these showed to the relative risk of fire in 1910. That’s before the biggest climate change effects started to show up around the world. The likelihood of a high Fire Weather Index during the 2019–2020 season had increased by at least 30 percent compared to 1910, the models showed. That was mostly due to an increase in extreme heat. The study was not able to determine the impact of climate change on extreme drought. Drought also helped fuel the blazes.

“It is always rather difficult to attribute an individual event to climate change,” but this study is nicely done, says Wenju Cai. He’s a climate scientist at CSIRO who is based in Melbourne, Australia. The link to climate change is reasonable, he says. In fact, he notes, it’s not particularly surprising.

The year 2019 was Australia’s hottest and driest since modern recordkeeping began there in 1910. Summers in Australia also appear to be getting longer. The Australia Institute is a think tank based in Canberra. In a March 2 report, it found that Australian summers lasted longer by a month, on average, between 1999 and 2018 than they did 50 years ago.

Observations going back to 1910 show that the region’s temperatures also have gone up by about 2 degrees Celsius (3.6 degrees Fahrenheit) on average. Van Oldenborgh and his colleagues reported this. The climate models had only predicted an increase of 1 degree C (1.8 degrees F) over that time.

In the past, climate modelers have struggled to explain the difference between recorded temperatures and modeled heat waves. The models tend to underestimate how extreme events may become. The team noticed similar underestimates in models of the 2019 heat waves in Europe. Some conditions, such as land-use changes, are not generally accounted for in such regional climate models. That may help explain the difference between reality and what the models predicted. Changes in vegetation cover, for example, can have an impact on how hot or dry a region gets.

Could Dark Energy Wind Up Destroying The Universe?

What kids need to know about getting a COVID-19 shot

The Great Orion Nebula Is Even Greater Than You Know

Ask Ethan: Could Gravitons Solve The Mystery Of Dark Matter?

These Two Galaxies Can’t Both Exist Without Dark Matter 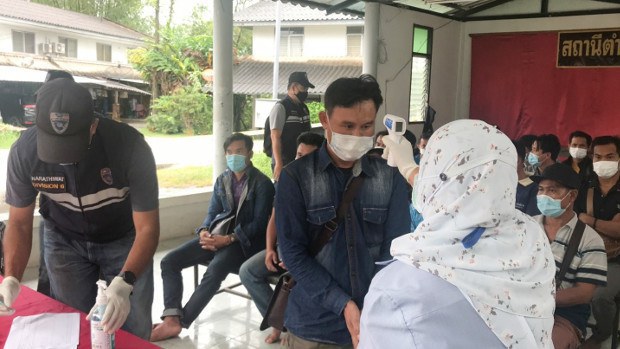 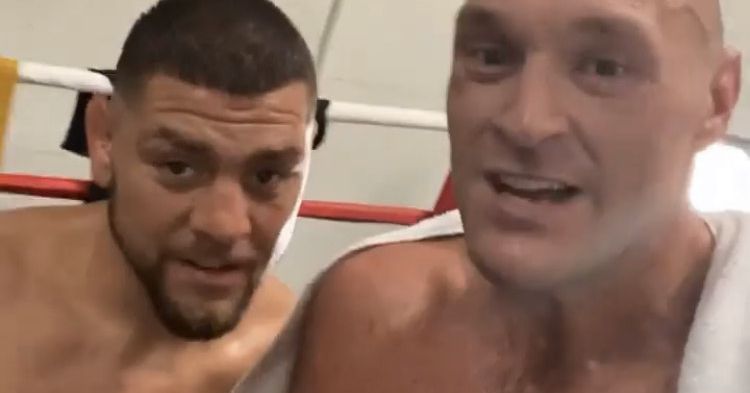