Commission launches talks with BioNTech/Pfizer for 1.8B more doses

In total, 250 million of the mRNA vaccines will be delivered to the EU in the second quarter. 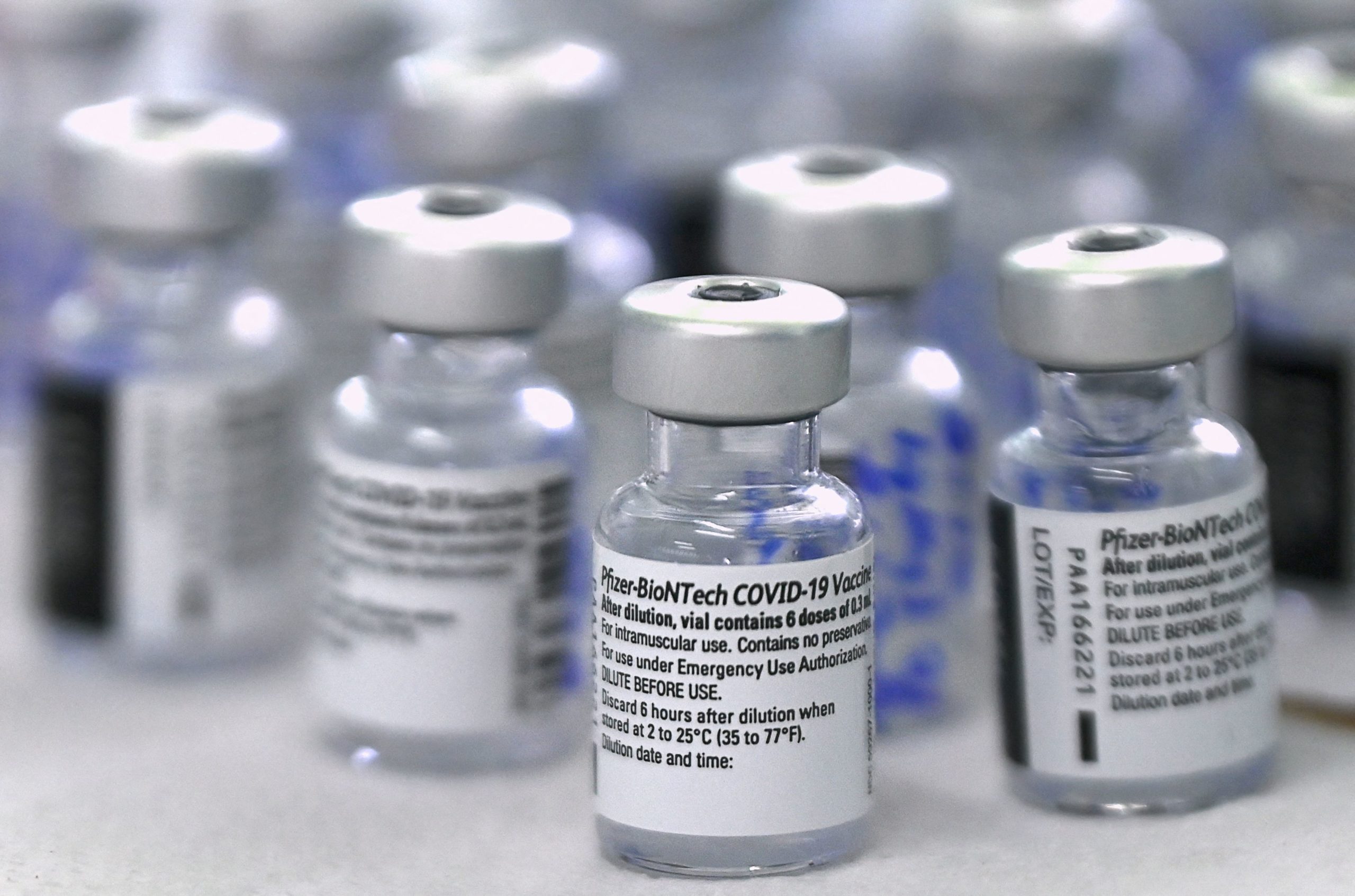 The European Commission is launching talks with BioNTech/Pfizer for a third coronavirus vaccine contract to secure up to 1.8 billion more doses for the EU between 2021 and 2023, Commission President Ursula von der Leyen announced Wednesday.

She made the announcement to mark the EU’s reaching 100 million vaccinations to date. EU countries have received 126 million doses of the vaccine total, and more than 27 million Europeans are fully vaccinated.

“We are in a race against time,” von der Leyen said. “The faster we reach our target of having 70 percent of the adult population in Europe vaccinated, the better the chances of containing the virus.”

More good news is coming, she added. BioNTech/Pfizer is speeding up the delivery of 50 million vaccines originally intended for the fourth quarter to now arrive in April. These will be distributed on a pro-rata basis.

This means that in total, 250 million of the mRNA vaccines will be delivered in the second quarter.

“As we can see with the announcement by Johnson & Johnson yesterday, there are still many factors that can disrupt the planned delivery schedules of vaccines,” she said. “It is therefore important to act swiftly, anticipate and adjust whenever it is impossible.”

Von der Leyen stressed that the EU is relying more on mRNA vaccines for the next phase of vaccinations, as booster shots and re-tooled vaccines may be needed in the future.

“At a certain point in time, we might need booster jabs to reinforce and prolong immunity; and if escape-variants occur, we will need to develop vaccines that are adapted to new variants; and we will need them early and in sufficient quantities,” she said. “Having this in mind we need to focus on technologies that have proven their worth. mRNA vaccines are a clear case in point.”

The news follows Johnson & Johnson’s announcement Tuesday that it would suspend its European vaccination rollout amid blood clotting concerns in the U.S. It also comes as some countries are continuing to restrict the use of the Oxford/AstraZeneca vaccine — or even completely stop using it, like Denmark.

UPDATE: This alert has been updated to note that the contracts will run between 2021 and 2023, following a correction from the Commission.

Belgium to start easing lockdown Monday, including for travel, schools