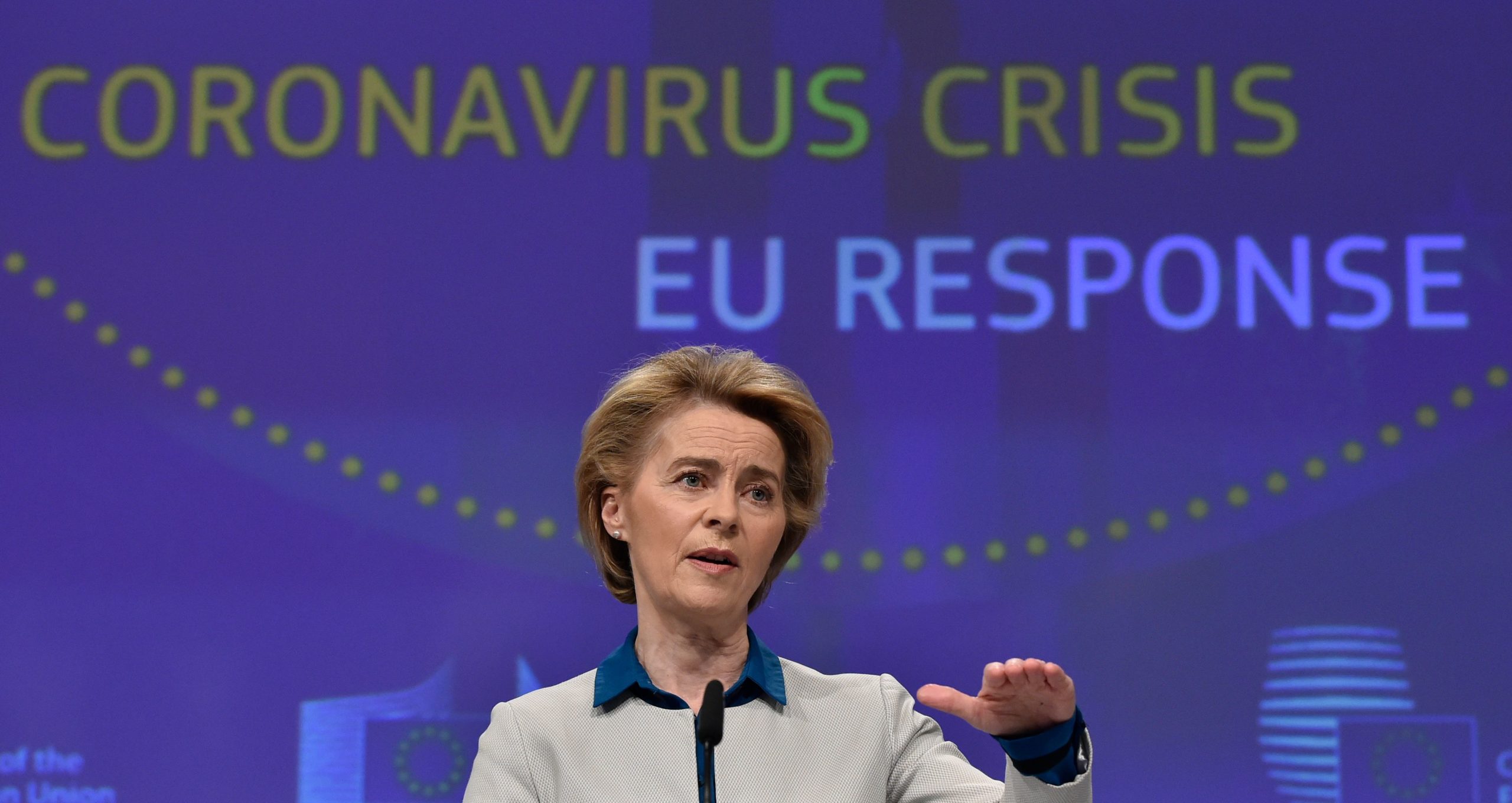 Von der Leyen did not specify how much of the amount was new, given that the Commission has already committed money to the fight against the virus that has shut down most of Europe and the world.

The Commission aims to raise €7.5 billion today, but is accepting pledges already made since January 30, when the World Health Organization declared the new coronavirus a public health emergency of international concern.

“The Fourth of May 2020 will mark a turning point in our fight against coronavirus because today the world is coming together,” von der Leyen said. “I’m delighted to get the ball rolling … the European Commission mobilizes €1 billion for the coronavirus global response.”

Tens of countries from around the world are expected to pledge money today, with one notable absence: the United States.

However, its Department of State said today that it welcomes the EU’s effort to “mobilize resources to mitigate and ultimately end the COVID-19 pandemic.”

It then outlined how the U.S. is leading the effort against the pandemic and in developing a vaccine.

“In addition to long-standing investments in research, the U.S. government has spent more than $1 billion developing COVID-19 vaccines in partnership with the U.S. pharmaceutical industry and international stakeholders,” it said.

New technology always comes with headaches — and the coronavirus-tracking app is no different. 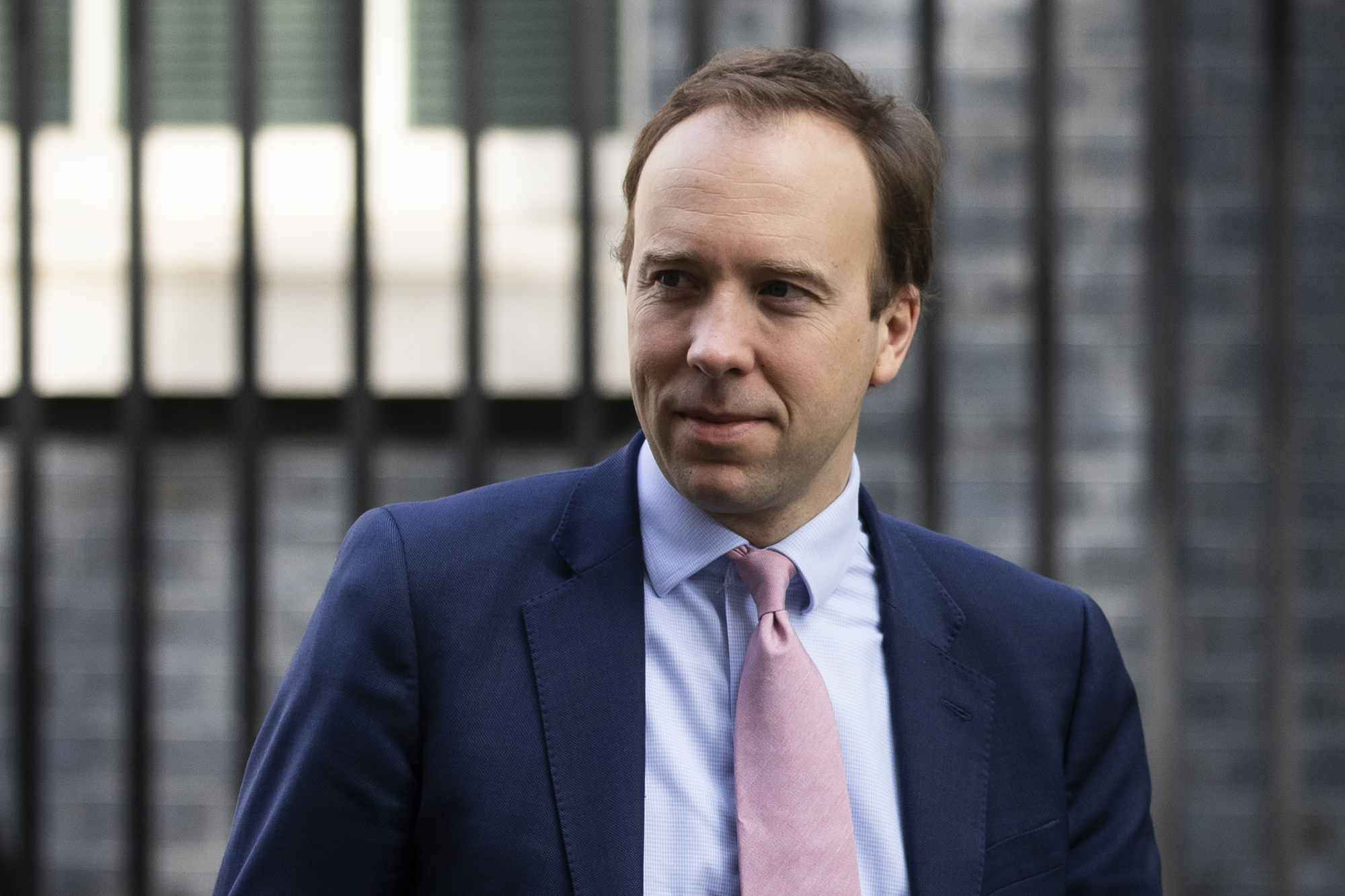 LONDON — Residents of a small U.K. island are being urged to download a coronavirus-tracking app to “protect the NHS and save lives.”

Health Secretary Matt Hancock confirmed Britain will begin rolling out one of the largest coronavirus-tracking app trials in Europe on the Isle of Wight — an island of 140,000 inhabitants off the south coast of England — from Tuesday. It will be available to health care workers first, then will be rolled out to all residents by the end of the week.

“Pease download the app to protect the NHS and saves lives,” Hancock said at the daily Downing Street press conference on Monday afternoon, in a direct appeal to Isle of Wight residents. “By downloading the app you are protecting your own health, the health of your loved ones and the health of your community.”

He added that residents on the Isle of Wight are “at the forefront of helping Britain get back on her feet. Where the Isle of Wight goes, Britain follows.” But he insisted the island will not see its lockdown lifted earlier if the app does indeed prove successful as part of the so-called “test, track and trace” approach.

The app will work by asking people to log their health status after registering the first half of their postcode. If they develop coronavirus symptoms, they can use the app to alert the NHS and at that point upload the data to a central server. People they have been in contact with will receive an alert and will be able to order a test through the software.

Those who test positive for coronavirus will be asked to self-isolate, and their app will trigger alerts for people they have been in contact with. An army of human contact tracers will also help hunt down anyone they might have infected over the previous few days.

The app will use a version of Bluetooth wireless technology to sense when one phone comes within the necessary proximity of another for potential infection, and will trigger alerts accordingly.

All the data will be fed back to the government (with devices identified through anonymous and randomly-generated numbers) giving a realtime picture of where the virus is spreading and which kinds of symptoms should trigger early action.

Hancock rejected criticism that the technology presented privacy risks for users. “The app has been designed with privacy and security front of mind … This has the highest level of privacy built in both to make sure we can reassure people in terms of privacy but also so that it can be effective and save lives,” he said.

But privacy concerns when it comes to new technology can rarely be brushed off easily — and the coronavirus-tracking app is no different.

The official tasked with rolling it out revealed that the team building the app, NHSX, is open to a fundamental overhaul of how it works, after privacy campaigners raised concerns.

Britain has taken a “centralized” approach to the app, meaning the data, although anonymized, will be uploaded to a central government database. The alternative approach, which is known as “decentralized” and has the backing of tech giants Apple and Google, means data is kept across the country on the mobile phones in the network. The choice between the two has plagued development of similar apps across Europe.

At a virtual hearing of the joint committee on human rights on Monday, Michael Veale, a lecturer in digital rights and regulation, said a central server could allow individual devices to be identified. He added that future versions of the system could demand more data from users, allowing the government to build risk profiles and act on them preemptively.

But Matthew Gould, the official heading up the NHSX project, told the same committee, “We are not irredeemably wedded to one approach.” He added, “If we need to shift then we will … We won’t lock ourselves in.”

But Gould defended the U.K. decision. He said having a central database would allow the government to learn more about the virus, including which symptoms should warrant action and what kinds of contact between people are more risky. It will also allow the government to identify areas of the country that are becoming virus hotspots.

“If privacy was the only thing we were optimizing for, then it may well be that a decentralized approach would be the default choice. But actually we are balancing a number of things here,” he said.

And in a candid moment, he added, “We don’t yet know exactly how it will work … There will be unintended consequences. There will for sure be some things that we have to evolve.”

Gould insisted the system will not contain identifiable data, and that a centralized approach will allow the government to see if a hacker is trying to use the app for malign purposes. “We have put privacy right at the heart of the app and the way it works,” he insisted.

But in a legal opinion published on Sunday, lawyers Matthew Ryder, Edward Craven and Ravi Naik argued the centralized approach requires a better justification to prove it does not contravene human rights and data protection laws.

Computer could say no

Gould did admit that international collaboration to manage travel once the coronavirus crisis dies down could be hampered if different countries are using different systems.

“We are worried about interoperability,” he told the committee. Asked whether there could be travel issues between Northern Ireland and Ireland, which has taken a decentralized approach to its own app, he added, “It raises a further question of interoperability that we will have to work through.”

Another concern is that the app will not be downloaded and used by enough people to be useful. Experts have suggested around 60 to 80 percent of a population would have to engage with it for it to work effectively as part of a “test, track and trace” approach.

Matthew Gould, the official heading up the NHSX project, said that the app will not be a “silver bullet” for the coronavirus crisis.

The U.K. app will work on a voluntary basis. Other countries that have taken a voluntary approach, such as New Zealand, have seen takeup of around 20 percent.

But Gould said there was no “minimum percentage” for the U.K. to be satisfied. He said even if 20 percent of the population downloads the app it will still offer insights into the virus, and from 40 percent takeup upward it can begin to make a big difference to the track-and-trace system.

He added that the app will not be a “silver bullet” for the coronavirus crisis. “It’s part of a wider strategy of test and trace,” Gould insisted. “We are trying very hard to do the right thing in the right way.”

Belgium to cut down on Huawei gear