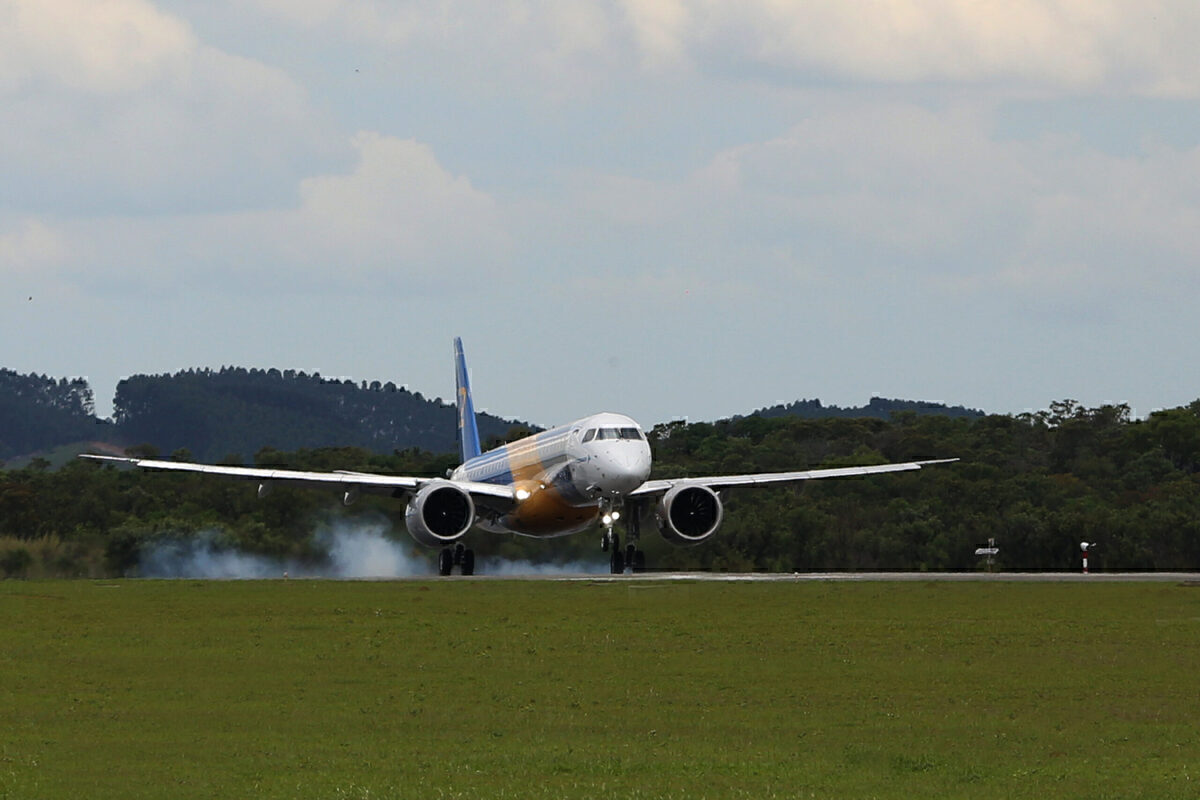 Democratic Republic of the Congo (DRC) national flag carrier Congo Airways has enhanced its first E2 order from six months ago by placing another with the Brazilian planemaker for two E195-E2s. The four aircraft deal, which includes the earlier one for two smaller E-190E2 aircraft, now brings the N’djili Airport (NIH)-based airlines order with Embraer worth $272 million at current list prices. Embraer will now include this latest order in its fourth-quarter backlog.

When speaking about why the state-owned carrier decided to increase its order now on an Embraer statement seen by Simple Flying, CEO of Congo Airways Desire Bantu said,

“We see an opportunity in our market and the crisis we are all facing for Congo Airways to emerge stronger – which is why we are not waiting to place this further order. These new jets will allow us to extend our passenger and cargo operations regionally to high demand destinations such as Cape Town, Johannesburg, and Abidjan. As we prepare for future success, we will have the flexibility, and the right-sized, most efficient aircraft, to serve our customers as the market returns.”

The E2 family of aircraft is perfect for Africa

“Africa has for too long been thought of as a market of mostly low frequencies and long thin routes. As airlines start to ramp up their operations, the E2 family of aircraft is perfectly positioned to right size routes previously operated by narrowbodies, while keeping frequencies and adjusting capacity to new levels.

“Congo Airways will benefit from the flexibility provided by the common cockpit on the E2 jet family, meaning their flight crews can transition seamlessly between variants.”

Both Congo Airways E195-E2s will feature 120 seats in a two-class configuration with 12 seats in business class and 108 in economy class. This is a 25% increase in capacity than the smaller E190-E2s with 96 seats that the African airline previously ordered. Congo Airways expects to receive its new planes starting in 2022, adding more Embraer aircraft to the 206 that already operate on the African continent.

State-owned Congo Airways was created in 2014 at the DRC government’s instigation with Air France’s technical assistance. The airline commenced operations with two former Alitalia Airbus A320-200s. The airline made its first commercial flight on 20 October 2015, linking the Democratic Republic of the Congo capital Kinshasa with Lubumbashi International Airport (FBM) in the country’s southeast.

Since then, it has served not only other domestic destinations in the DRC but also international capitals in other African countries. According to aviation enthusiast website Planespotters.net, the airline has four aircraft that include two Airbus A320-200s and two De Havilland Canada DHC-8-400s.

Founded in São Paulo in 1969, Embraer is a Brazilian aerospace manufacturer that produces commercial, military, executive, and agricultural aircraft. As it celebrates being in business for over 50 years, Embraer has delivered 8,000 aircraft and estimates that an Embraer-built plane takes off somewhere around the world every 10 seconds. Embraer is the world’s third-largest aircraft maker after Boeing and Airbus.

What do you think about Congo Airways choosing to buy Embraer planes? Please tell us what you think in the comments.

Here’s Where Chinese Airlines Are Flying To In the United...