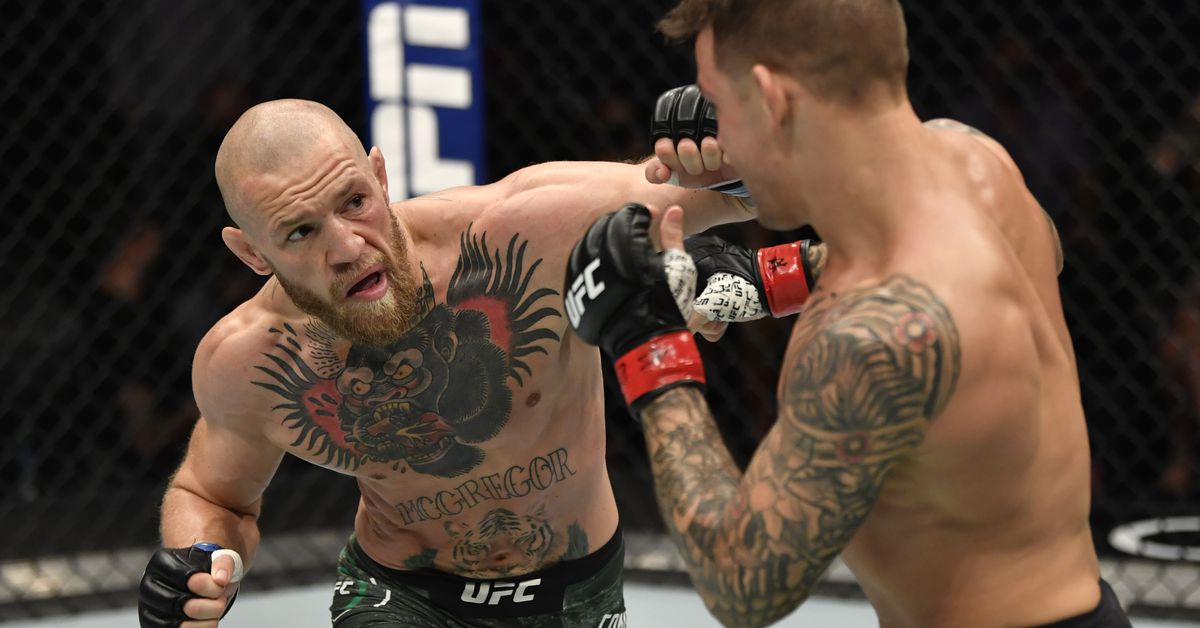 Conor McGregor has had it with Dustin Poirier.

A public dispute between the UFC stars arose over the weekend after Poirier called McGregor out for leaving him and his Good Fight Foundation in the dark regarding a $500,000 donation that was supposed to be made in conjunction with their UFC 257 bout in January. According to Poirier, the donation has not gone through yet and attempts to reach McGregor have gone nowhere.

McGregor and his manager Audie Attar both replied to dispute Poirier’s claim and on Monday, “The Notorious” unleashed an even more furious response at Poirier including stating that their upcoming UFC 264 trilogy bout “is off.”

You’re ripped you inbred hillbilly. Why do you wink with your ears? You fucking brain dead hillbilly. 500k with no plan in place. Ye hang tight. Fool. You must be new to money. The fight is off btw. I’m going to fight someone else on the 10th. Good luck on your old contract kid.

It’s Mardi Gras bitches get your tits out for it

“You’re ripped you inbred hillbilly,” McGregor wrote. “Why do you wink with your ears? You f*cking brain dead hillbilly. 500k with no plan in place. Ye hang tight. Fool. You must be new to money.

“Fight is off [by the way]. I’m going to fight someone else on the 10th. Good luck on your old contract kid.”

McGregor went on to emphasize that his team makes sure to do its due diligence when contributing to charities and threatened that Poirier “will pay with your brain for this attempt at smearing my name.”

My team does their due diligence to make sure every donation meets the mark. My generosity is known. You will pay with your brain for this attempt at smearing my name. Shooting ass shelling ass bitch. Little bitch kicks from a shell. Good luck when you’re caught. You’re fucked.

The UFC 264 fight between Poirier and McGregor is expected to headline the July 10 pay-per-view event, though the bout has not been officially announced by the promotion. In January, Poirier defeated McGregor by second-round TKO to even their series at 1-1. They first fought at UFC 178, where McGregor defeated Poirier by TKO in round one.

In response to McGregor’s latest comments, Poirier shared a clip of his recent win over McGregor.

Jon Jones to Israel Adesanya: ‘Right around now, I would...

Paige VanZant, manager detail how she ended up signing...