The animated Star Wars series The Clone Wars may be over, but you can keep the spirit alive with the upcoming Hot Toys figure release of Captain Rex, the Clone Army officer. What’s great about this particular figure is that it’s not just Captain Rex in his full Clone Trooper armor, but it actually features […] The post Cool Stuff: Hot Toys Brings Captain Rex from ‘The Clone Wars’ to Life with Temuera Morrison’s Likeness appeared first on /Film.

The animated Star Wars series The Clone Wars may be over, but you can keep the spirit alive with the upcoming Hot Toys figure release of Captain Rex, the Clone Army officer. What’s great about this particular figure is that it’s not just Captain Rex in his full Clone Trooper armor, but it actually features the likeness of Temuera Morrison, who is both the voice of the character on The Clone Wars and the actor who originated the role of the the bounty hunter Jango Fett, the source of the Clone Army. Check it out below.

Clone Captain Rex served the Republic during the Clone Wars, often taking orders from Anakin Skywalker and Ahsoka Tano. He viewed military service as an honor, and he always completed his mission. Fond of using two blaster pistols at the same time, Rex customized his armor with distinctive blue markings. His loyalty to the Republic and his Jedi Generals was absolute, but even this dedicated veteran soldier found himself plagued by doubts as the Clone Wars claimed more lives and brought ruin to more worlds. 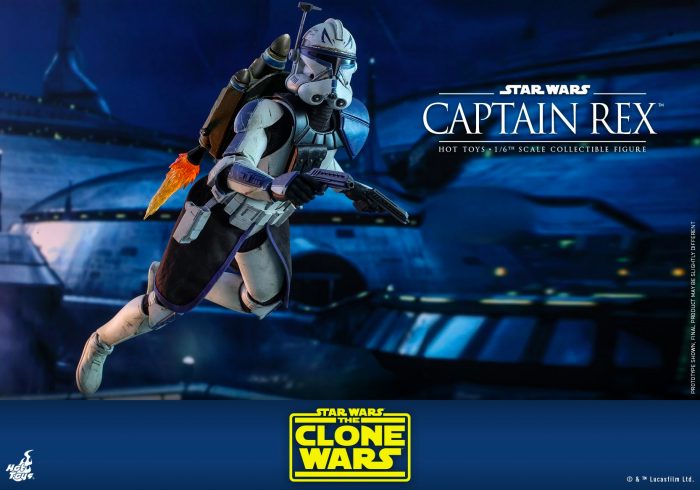 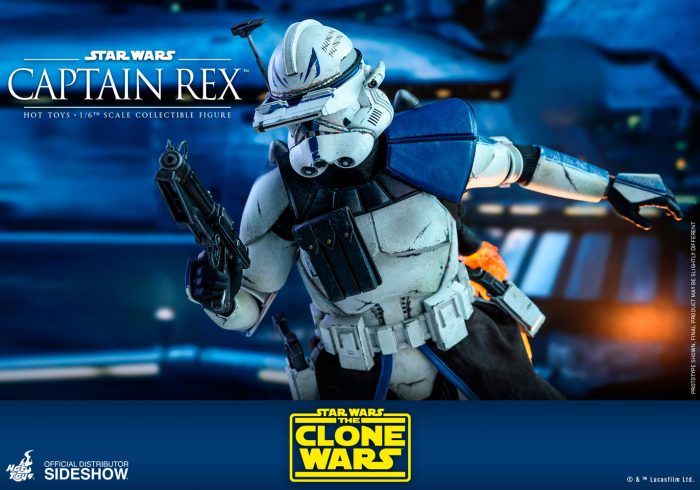 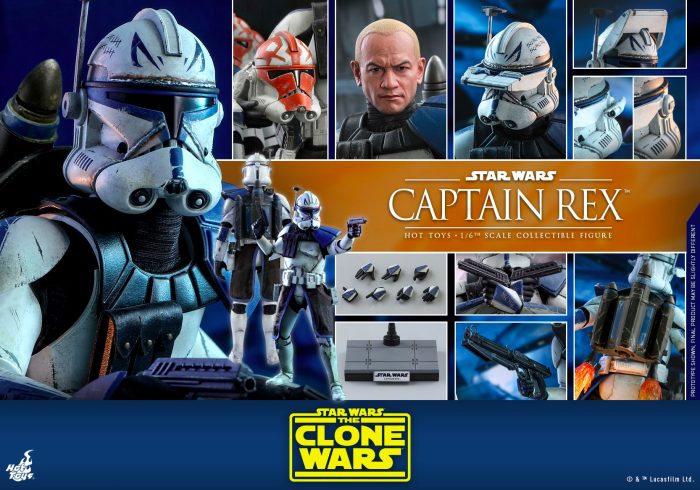 As you can see, Captain Rex comes with some outstanding accessories, including multiple interchangeable hands, a helmeted head, an unmasked head, swap out pieces for the helmet, an additional helmet with the paint job inspired by Ahsoka Tano, two blaster pistols, a blaster rifle, a magnetic jet pack with flame effects, and a figure stand. But the best part is Temuera Morrison’s likeness, which hasn’t been used very often in creating Clone Army action figures. Perhaps this gives us some idea of what it would look like to see him appear in The Mandalorian as Captain Rex, something fans have been discussing ever since he was reported to return in the second season of the series as Boba Fett.

Captain Rex is now available for pre-order through Sideshow Collectibles for $255, and payment plans are available. However, it won’t ship until sometime during the second or third quarter of 2021, so you’ll be waiting awhile before you can add him to your collection.

Star Wars: The Clone Wars can be seen right now on Disney+.

‘The Mandalorian’ Casts Timothy Olyphant in Mysterious Role for Season 2

Bravo's Camp Getaway Are All Your Favorite Shows Rolled...