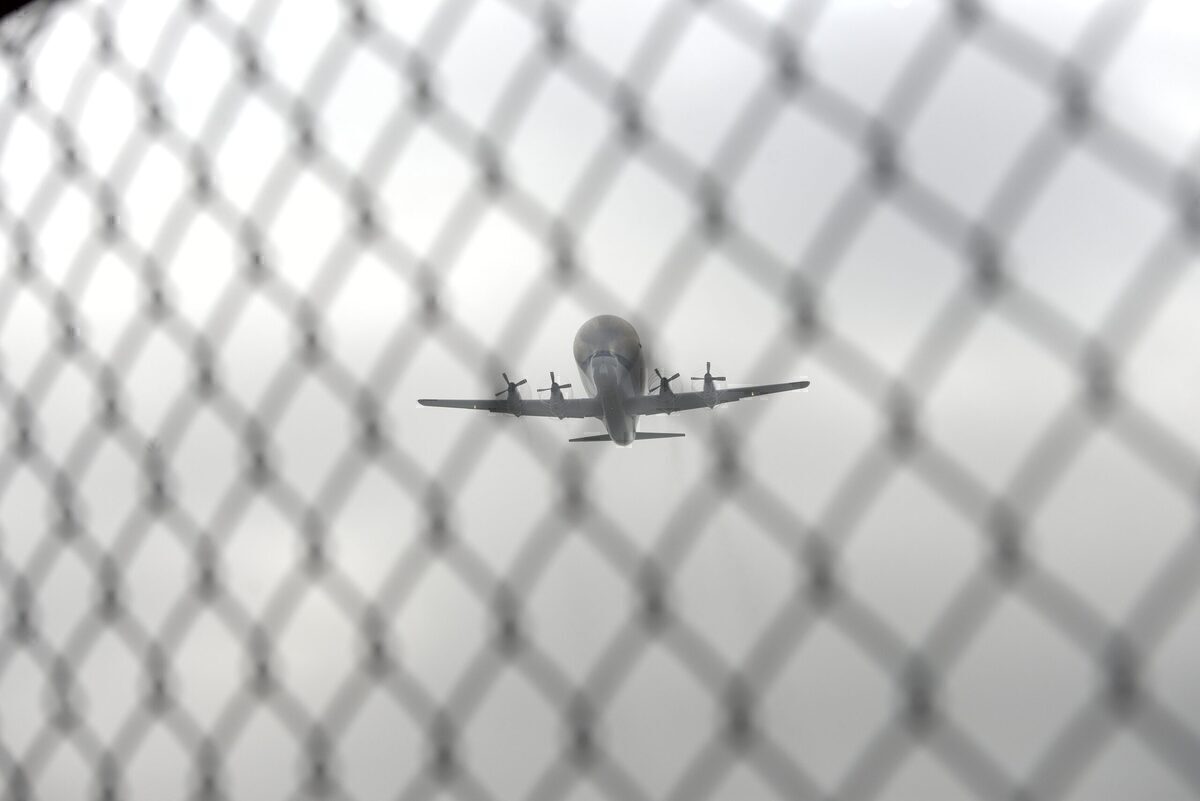 On Thursday, March 4th, NASA’s Super Guppy completed two flights. One flight was from Wichita (Kansas) to Phoenix’s Mesa Gateway Airport (Arizona) and another from Mesa Gateway to Palmdale (California). Local Phoenix news channel ABC15 had its helicopter in the air and captured some great video of the peculiar-looking aircraft performing its first landing of the day at Mesa Gateway. See if you can spot the difference in how this aircraft lands compared to other planes…

The flight and video

The landing, captured on video by ABC15 and posted to Twitter, took place on March 4th at about 13:08 local time, according to data from RadarBox.com.

ABC15 Arizona reported that Mesa Gateway is often the Super Guppy’s airport-of-choice for a refueling stop while it’s transporting pieces of the Orion heat shield. However, the purpose of Thursday’s stop went undisclosed.

Whatever the stopover at Mesa Gateway airport was, the aircraft’s landing sure made for a cool video-, especially with the local media’s helicopter in the sky:

Below is the flight path from Wichita to Phoenix. The aircraft spent just under 90 minutes at Mesa Gateway before continuing on to Palmdale, California. It reached its final destination at 15:07 local time.

From the video embedded above, we can see that the Super Guppy actually landed with its nose gear wheels touching down first. Shortly after, the aircraft’s main landing gear hit the surface of the runway and bounced back up. The second moment of contact between the main landing gear and the runway surface was more successful as the aircraft stayed ‘down’ after that.

For those that have done any flying at all- or have even just watched aircraft landing in person (or by watching video) – you’ll know the majority of planes commonly land with their rear wheels touching the runway first, with the aircraft’s nose pointed up.

In what is known as a ‘flare,’ the aircraft’s nose is raised. This allows the plane to land softly, with a slower rate of descent. However, this is not the case for the Super Guppy.

With the Super Guppy – an aircraft that is a heavily modified KC-97 Stratotanker – a nose-first landing is necessary. This is because the aircraft has a tendency to enter into a stall if the nose is brought up too far up.

This is something that was also noticed among Boeing 377 Stratocruisers (a close relative of the KC-97 Stratotanker). Without getting too technical, it’s been said that the aerodynamics of the plane were such that it just wanted to plant the nose wheel down first.

Have you ever seen an aircraft land by having its nose wheel touch down first? Let us know in the comments!