Could Latin American LCCs Have The Most To Gain From COVID?

Latin American low-cost carriers (LCCs) such as JetSMART, Sky Airline, and Viva Air believe they have the most… 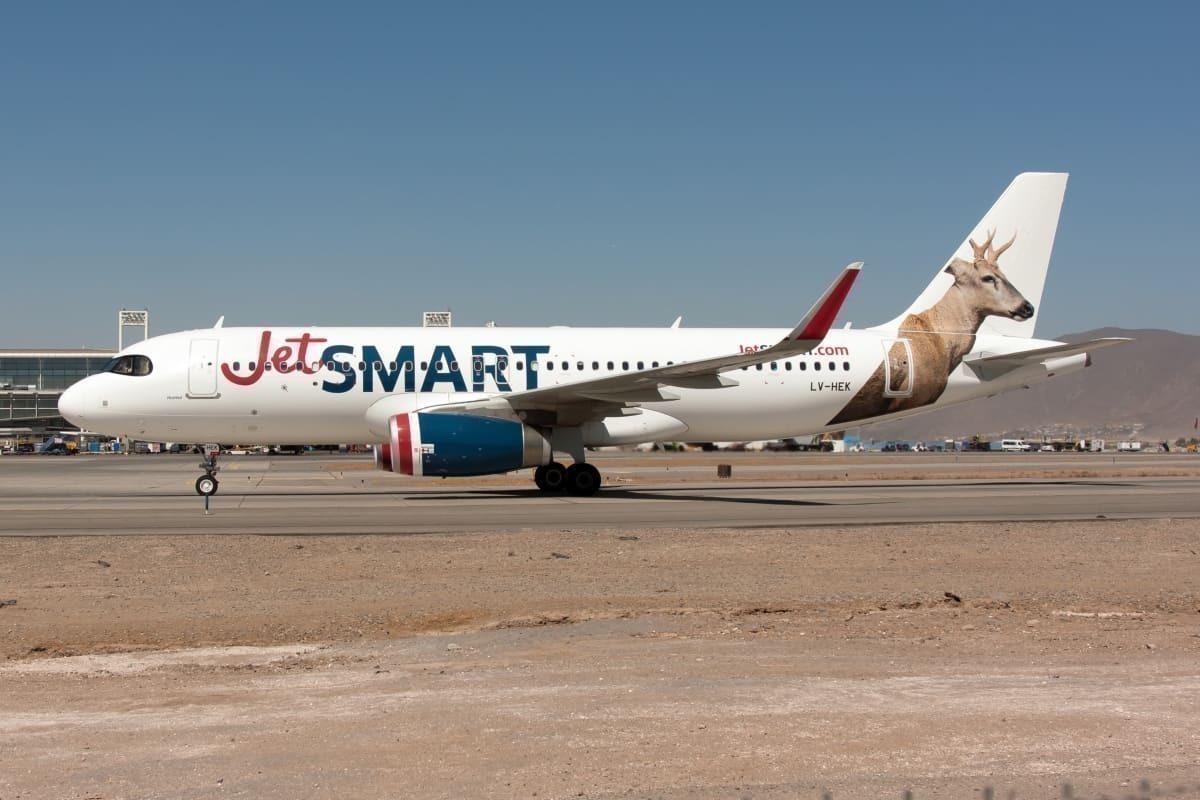 Latin American low-cost carriers (LCCs) such as JetSMART, Sky Airline, and Viva Air believe they have the most to gain in the region after the coronavirus crisis. While this might seem like something ludicrous, there might be some truth in its predictions. Let’s investigate further.

Low-cost airlines don’t believe bankruptcies are in their future

The Chilean carrier JetSMART has been growing steadily in the last year. In 2019, it . It arrived in the region and quickly put in jeopardy the profits of long-standing airlines such as LATAM. It has grown similarly to the other Chilean low cost, Sky Airline.

Although Sky Airline has been around since 2001, it wasn’t until recently that it took off. Last year, the low-cost carrier .

While Latin American juggernauts like LATAM and Avianca have filed for Chapter 11 bankruptcies, JetSMART doesn’t see that happening in its future. Estuardo Ortiz, JetSMART’s CEO, said,

“We are not considering filing for bankruptcy at the moment. The fundamentals of JetSMART in its ultra-low-cost structure are still valid. We are still focused on long term sustainability and with our growth project for 2026.”

Meanwhile, Sky Airline’s CEO expects to have enough liquidity to end the year. Nevertheless, the airline expects to fly again as soon as June. Sky’s CEO also rejected a possible restructuring plan, as LATAM did.

The low-cost model has some advantages

The Colombian low-cost carrier Viva Air is expecting a good rebound from the crisis. A few weeks ago, Felix Antelo, Viva Air’s CEO, .

Additionally, he said that people in the region would look for cheaper plane tickets after the crisis.

“When we come back to the air, we expect clients to demand cheaper tickets with more value. As we have lower costs, we can have lower ticket prices; this is not going to change. (After coronavirus), the client will be more sensitive to prices,” said Antelo as reported by .

The LCCs are expecting to continue with the growth they had before the crisis. Let’s remember than before coronavirus, Latin American low-cost airlines were booming. Volaris, for instance, became in 2019 the biggest domestic operator in Mexico. Sky, Viva Air, and JetSMART had lower Costs per Available Seat-Kilometer or CASK, which allowed them to put pressure on legacy carriers like LATAM and Avianca. This is one of the reasons to explain, for example, the gradual .

But now the big question is if low-cost carriers will survive, at least with the model they had pre-crisis.

Initially, we can expect lower ticket prices as airlines try to lure passengers back into their planes. Nevertheless, as the months go by, the smaller capacity and fewer routes are likely to increase the costs.

We also have to take into account the social distancing measures. Although airlines across the globe are utterly against leaving the middle seat empty in the long term, what if they have to? The International Air Transport Association (IATA) has said that the plane ticket in Latin America would have a 50% increase. That would mean a heavy blow to the LCCs in the region as the average one-way trip would go from US$146 to 219.

Do you think low-cost carriers will emerge stronger from the crisis? Let us know in the comments.

Passengers Will Soon Be Able To Request Hygiene Packs From...