Nord Star will have this model and the 31 at the Southampton Boat Show but this remodelled 28, which goes toe-to-toe with the Sargo 28 and Botnia Targa 27.2 (both also at the show) is a tidy package with some notable differences to its fellow Finns. Though it falls short on sleeping space in comparison to the other two, the Nord Star 28+ has a proper little galley on the lower deck, complete with a sink, two-burner hob and fridge plus a decent run of countertop and good mix of storage. This in turn leaves more space on the main deck […] This article Countdown to Southampton Boat Show 2021: Nord Star 28+ appeared first on Motor Boat & Yachting. 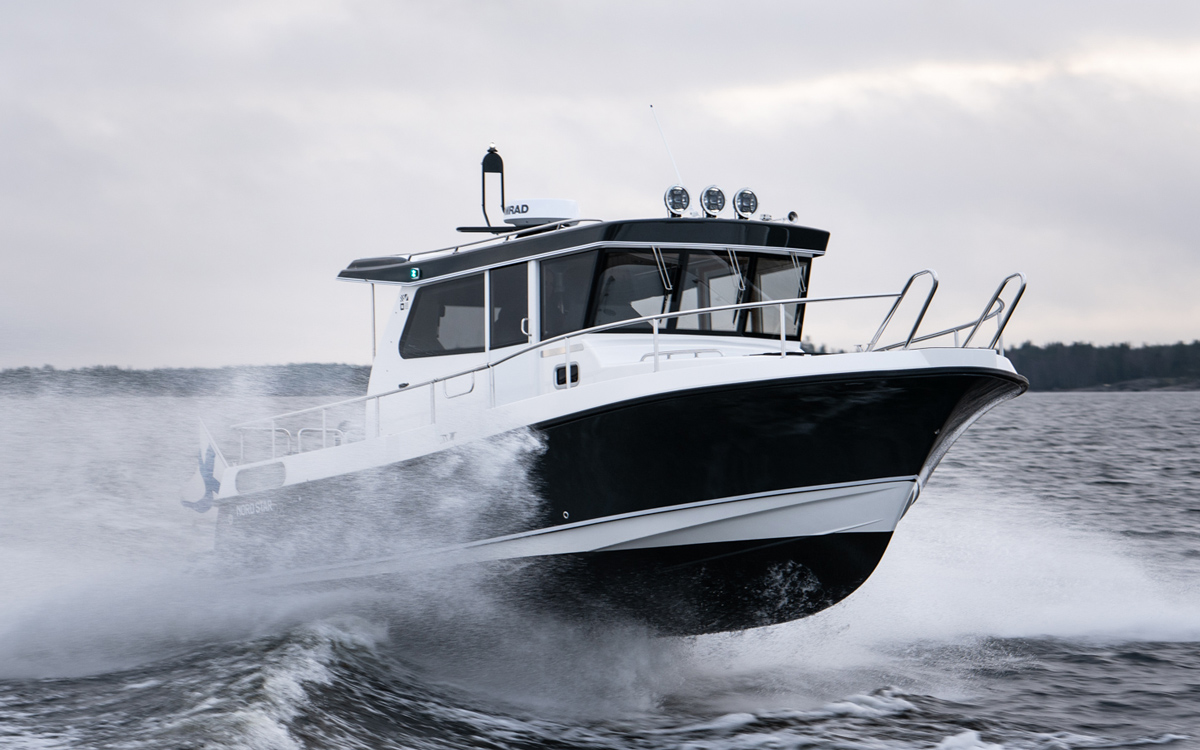 Nord Star will have this model and the 31 at the Southampton Boat Show but this remodelled 28, which goes toe-to-toe with the Sargo 28 and Botnia Targa 27.2 (both also at the show) is a tidy package with some notable differences to its fellow Finns.

Though it falls short on sleeping space in comparison to the other two, the Nord Star 28+ has a proper little galley on the lower deck, complete with a sink, two-burner hob and fridge plus a decent run of countertop and good mix of storage.

This in turn leaves more space on the main deck where there are two supportive helm chairs and a U-shaped dinette aft, with a table that can be set at any position on a floor-to-ceiling pole.

As well as sliding side doors on either side of the purposeful wheelhouse, the aft window hinges upwards to allow fresh air to flow through the cabin on warmer days.

As you would expect from a boat that is designed to be used as a year-round commuter, safety and practicality on deck is outstanding with deep walkaround passageways and high guardrails with built in boarding gates so it’s easy for crew to quickly get from wheelhouse to pontoon. The recessed bench in the cockpit, which benefits from the shelter of the cabin overhang, is a nice touch as well.

There is a variety of Volvo Penta diesel engine options to choose from, all of which run on sterndrives and will endow the Nord Star 28+ with a useful turn of pace and sportsboat baiting handling.

With the larger engines 40 knots is within sight but it’s at 25 knots with a quoted fuel burn of just 1.8 litres per mile that the 28 will be happiest.

The Fjord 41XL will make its UK debut at this year’s Southampton Boat Show, offering a great opportunity to get up close and personal with the brand that was building T-top sportscruisers long before the bandwagon was laden with competitor products. The 41 is the first in a new line from Fjord which features a clean new look with a striking window line, redesigned hard top and a bewildering array of layout options for the main deck. The most popular one is likely to be the version with a central sun pad and dinette flanked by […] This article Countdown to Southampton Boat Show 2021: Fjord 41XL appeared first on Motor Boat & Yachting. 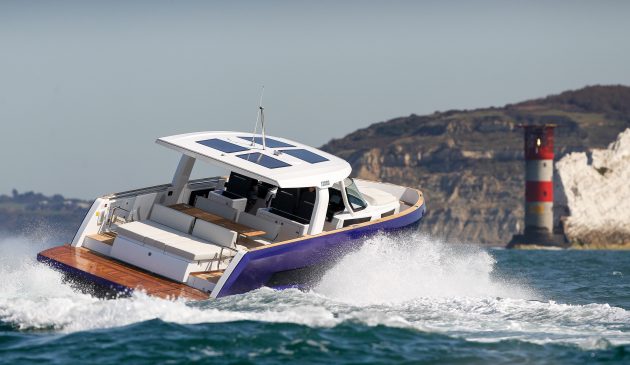 The Fjord 41XL will make its UK debut at this year’s Southampton Boat Show, offering a great opportunity to get up close and personal with the brand that was building T-top sportscruisers long before the bandwagon was laden with competitor products.

The 41 is the first in a new line from Fjord which features a clean new look with a striking window line, redesigned hard top and a bewildering array of layout options for the main deck.

The most popular one is likely to be the version with a central sun pad and dinette flanked by wide passageways that lead past the central wetbar and helm station to more sunbathing space up at the bow.

Alternatively, you can have a sun pad and armchairs, seating arranged around a low coffee table with a smaller sun pad aft, opposing dinettes with hi-lo tables or an aft-facing dinette with arm chairs positioned to look out over the bathing platform.

Fjord is going back to its roots and building coupés again but, having carved out a niche for open sportscruisers,

For superyacht tender duties, the deck can even be left totally clear in order to carry as many water toys as possible. There’s a lot to choose from here and that’s before you get to the arrangement on the lower deck and the important issue of hull and upholstery colours.

The Fjord 41XL at the show will be in a more UK friendly specification with a galley on the lower deck to supplement the wet bar up top and a windscreen that meets the front edge of the T-top to provide as much protection from the wind (and possibly shelter from the rain) as possible.

How to Build a Mud Motor