COVID-19 Vaccines Should Be Available to the General Public by April 2021, Health Officials Say

COVID-19 vaccines are projected to be available to the entire American public by April 2021, U.S. Department of Health and Human Services Secretary Alex Azar said at an Oct. 21 press briefing. That timeline is in keeping with estimates made by other public-health officials, but is among the strongest and most specific statements made about… 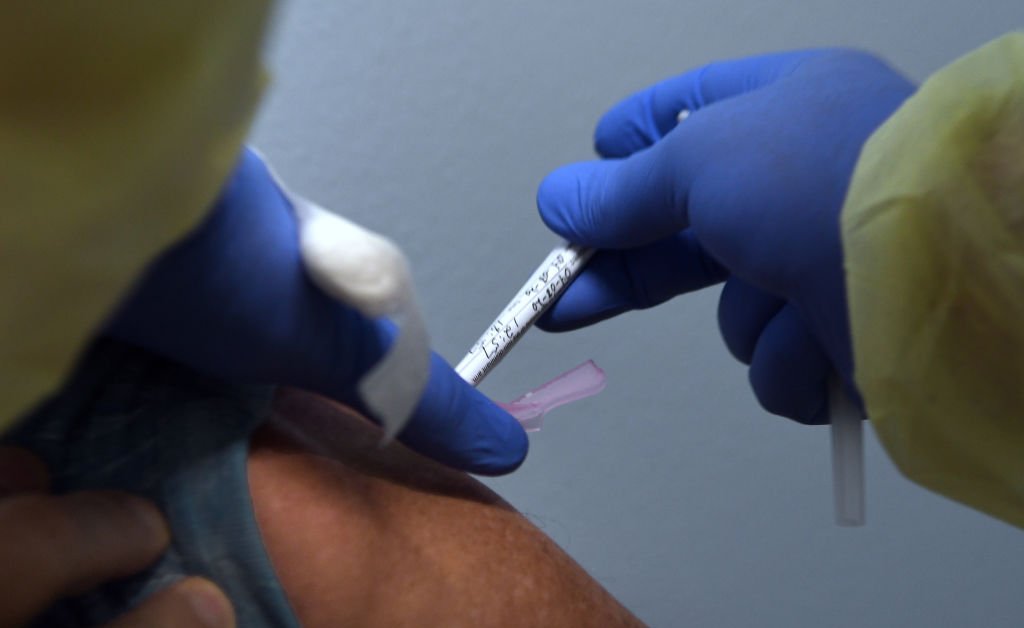 COVID-19 vaccines are projected to be available to the entire American public by April 2021, U.S. Department of Health and Human Services Secretary Alex Azar said at an Oct. 21 press briefing.

That timeline is in keeping with estimates made by other public-health officials, but is among the strongest and most specific statements made about the widespread availability of a coronavirus vaccine in the U.S.

Two vaccine candidates—those made by Pfizer and Moderna—are nearing the end of the clinical trial process, and the pharmaceutical companies are already building up sizable stockpiles. Assuming these (and possibly other) vaccines meet safety and efficacy standards and are granted emergency-use authorization from the U.S. Food and Drug Administration, Azar said he expects to have enough doses to immunize the U.S.’ “most vulnerable individuals” by the end of 2020.

By the end of January 2021, he said, he expects to have enough doses to immunize seniors, health care workers and first responders. And “by the end of March to early April, [there should be] enough vaccine for all Americans who would want to take a vaccine,” Azar said. (It’s not clear how many people that will be; recent polls suggest the majority of U.S. adults have some concerns about the safety and development of these vaccines.)

At the same press briefing, U.S. Centers for Disease Control and Prevention (CDC) Director Dr. Robert Redfield addressed a subtle change to the agency’s definition of who is at high risk of contracting COVID-19 and should quarantine after exposure to a sick person.

Previously, the CDC defined a “close contact” as someone who’d been within six feet of an infectious person for at least 15 minutes. Now, the agency has broadened that definition to include people who have had multiple brief interactions with an infectious person, totaling 15 minutes or more in the span of 24 hours.

“It’s based on data that one didn’t have four months ago, but it is data now that we have,” Redfield said at the briefing, alluding to a new case report of a correctional officer who contracted COVID-19 after “multiple brief encounters with six incarcerated or detained persons” awaiting COVID-19 test results that ultimately came back positive.

Redfield also appeared to push back against recent reports that suggest the CDC has been muzzled or used for political gain by President Donald Trump’s administration during the pandemic, calling the agency a “science-based, data-driven service organization.” He defended the agency’s right to change its recommendations based on new data, following recent criticism over its sometimes erratic guidelines.

“We’re not an opinion organization,” Redfield said. “If we get data that supports a change in our recommendations, then those recommendations will be changed.”

Azar also maintained the CDC’s importance in responding to the pandemic—as part of a larger governmental system.

“This is a crown jewel of American and global public health. We revere it,” Azar said. “The CDC plays a very important, vital role. But in a pandemic of this scope, size and magnitude, it plays a role not just the role.”

Children, teens, and the safety of psychotropic medicines

Why Do You Continue to Eat When You're Full?

Dr. Tedros Adhanom Ghebreyesus on the Dangers of Politicizing...

5 Ways To Boost Your Energy Levels And Youthfulness