The Frenchman is out of contract … The post ‘Crazy’ Arsenal put ‘bargain’ asking price on star amid Abraham links appeared first on Football365. 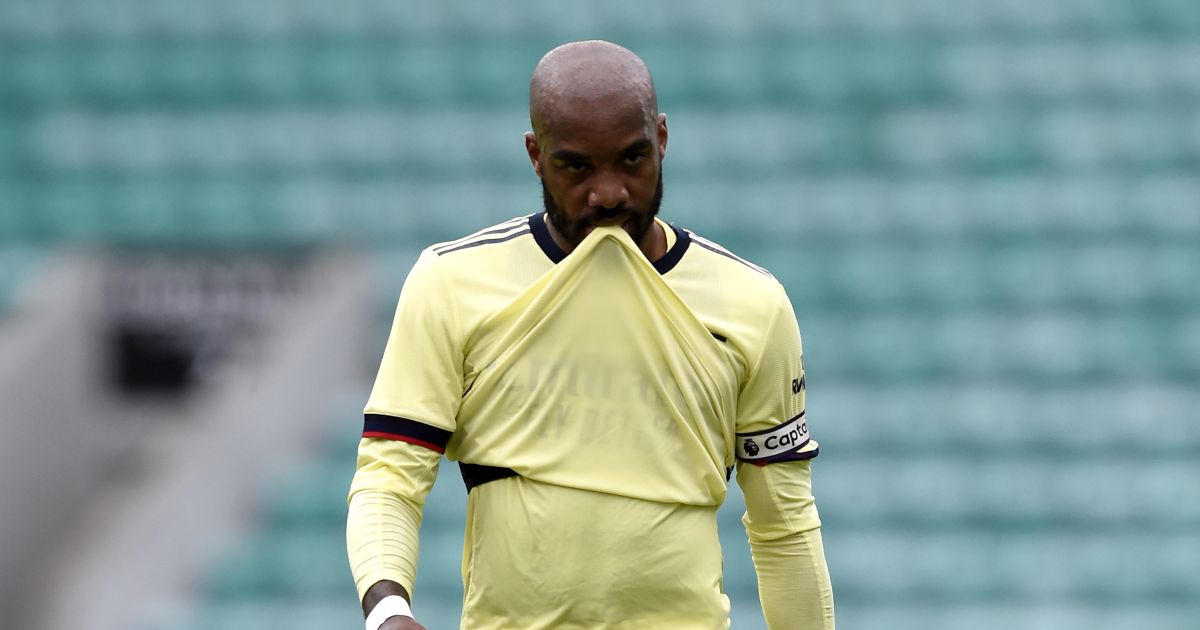 Arsenal have set their asking price for Alexandre Lacazette amid links to Chelsea striker Tammy Abraham, according to reports.

The Frenchman is out of contract at the end of next season with his deal at the Emirates Stadium expiring in June 2022.

Lacazette, who scored 13 league goals last term, fell one short of his best goalscoring return in a Premier League season, when he got 14 in 2017/18.

Abraham looks set to leave Stamford Bridge this summer after falling out of favour under Thomas Tuchel and Arsenal .

that Chelsea are ‘prepared’ to let Abraham join Arsenal in order to ‘speed through a deal’ with the Gunners now ‘favourites’ to land the England international over West Ham and Spurs.

says that Arsenal are ‘going crazy’ over Abraham with Lacazette to the player they ‘discard’ to make way for the Chelsea striker.

They add that Arsenal have put a €17m (£15m) price tag on the Frenchman which they claim would be a ‘bargain’ for any club. That , who also recently put his valuation at £15m.

Meanwhile, former Gunners striker Kevin Campbell reckons the north London club should take a risk by keeping Lacazette and hoping that he will sign a new deal eventually.

Campbell told Football Insider: “Arsenal have shot themselves in the foot so many times over player contracts.

“I think this is a unique situation with Lacazette though. If you are not sure about which striker to bring in, you have just got to roll the dice with Lacazette’s contract. They have done it in the past with Aubameyang and it worked out.

“If they are not going to agree on a new deal, it is obviously something that will be addressed next summer.

“Listen, maybe they could get money for him but if he stays he will be integral to how we play next season. He did well all things considered last season.

“I have no problem with him staying and leaving on a free next summer. The Covid situation has made things difficult.”

Paul Pogba has given Man Utd ‘no encouragement’ he will sign a new deal, while Harry Kane is ‘confident’ Spurs will sell him…

PSG READY TO POUNCE ON POGBA
It is unlikely that Paul Pogba will renew his contract at Man Utd this season amid interest from Paris Saint-Germain, according to reports.

The Frenchman has reportedly rejected the offer of and PSG are said to be interested in signing him this summer. Pogba has just one year remaining on his current contract at Old Trafford and reports suggest Man Utd with the 28-year-old if they are offered a suitable transfer fee.

claim that Man Utd are ‘anticipating an approach’ from French side PSG before the transfer window closes this summer, while Pogba has given them ‘no encouragement’ that he is ‘prepared to sign a new deal’. His controversial agent, Mino Raiola, has already ‘been in discussions with PSG about personal terms as the French club lay the groundwork for a move’.

The newspaper adds that PSG ‘believe a bid of up to €50m (£43m) for Pogba could be enough to persuade United to sell’ this summer as they risk losing him for free in a year’s time. Man Utd are ‘believed to be in the process of sounding out a number of midfielders but it is unclear at this stage if they plan to sign a direct replacement should Pogba go or use any funds from a prospective sale to bring in a defensive midfielder’.

KANE’S CONFIDENCE BUILDS
Harry Kane thinks Tottenham will sell him this summer as he prepares to elsewhere by the end of the transfer window, according to a report.

claimed Spurs chairman Daniel Levy had performed a U-turn and was now willing to sell Kane to Manchester City for £160m. whether City were prepared to pay that kind of money for the England captain.

It was almost immediately , who said that both City and Spurs had been taken “a little bit by surprise” by the report.

However, are here with the latest on Saturday, claiming that Kane ‘believes’ Tottenham are ‘are willing to sell him this summer in what he considers to be a shift in the club’s position’. Spurs have apparently valued Kane at £150m, with City the only serious contenders for his signature, but ‘at this point they will not meet Tottenham’s valuation’.

Spurs ‘say their position is unchanged’ but Kane ‘believes that the club have changed their mind in recent weeks and warmed to the idea of letting him go, as they try to raise funds to rebuild the squad’.

AND THE REST…
Inter Milan are demanding at least £102.5m from Chelsea for Romelu Lukaku if the Blues are unable to sign Erling Haaland…Manchester City have reached an agreement with Jack Grealish and are ready to offer Aston Villa £90m for the England midfielder…Kylian Mbappe has told PSG he does not intend to sign an extension to his contract, which runs to 2022, and wants to leave the club this summer or next…Arsenal will not be offering a new contract to Alexandre Lacazette and are inviting bids of about £15m for their former record signing to help fund a move for Chelsea forward Tammy Abraham.