D’Angelo Brings Friends, Classics and No Drama to Verzuz Stage For Competition-Free Performance

Greats from hip-hop and R&B’s past and present joined D’Angelo and his unparalleled catalog tonight (Feb. 27), celebrating at Harlem’s Apollo Theater, one of music’s most storied venues. 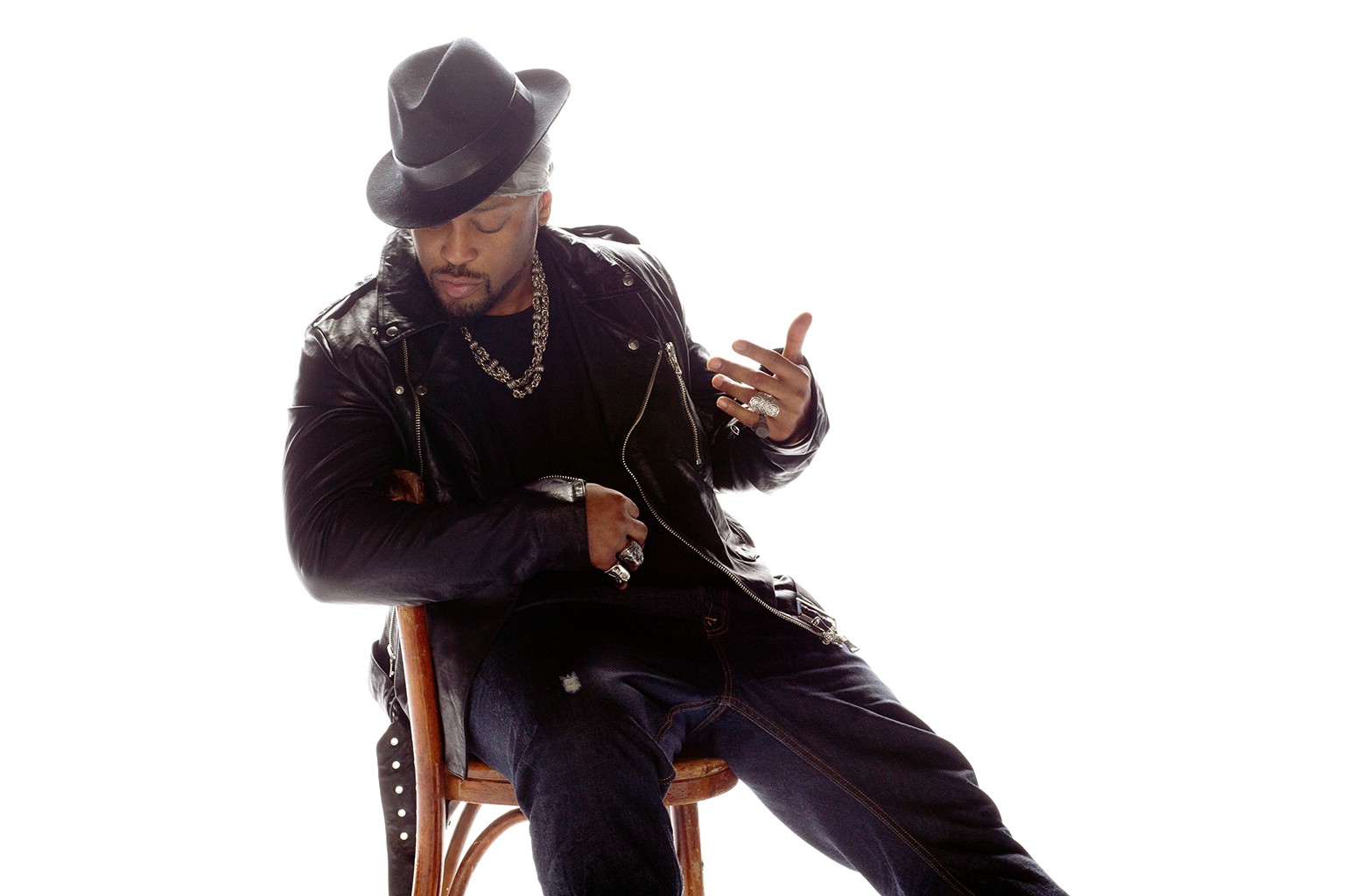 Greats from hip-hop and R&B’s past and present joined D’Angelo and his unparalleled catalog tonight (Feb 27), celebrating at Harlem’s Apollo Theater, one of music’s most storied venues. Verzuz creators Timbaland and Swizz Beatz later confirmed that the battle was originally supposed to be with renowned R&B star Maxwell on Valentine’s Day — but since that didn’t work out and D’Angelo was ready, the neo-soul luminary performed himself.

Before the battle started, DJ Scratch set the tone for a legendary evening with The Notorious B.I.G., Jodeci, Usher, Mary J Blige, and plenty of classic ’70s soul records. During the sensational set, the likes of Common, H.E.R., Snoop Dogg, and Quincy Jones flooded the Instagram comment section with anticipation.

After a little under an hour, D’Angelo breezily walked on the Ciroc-loaded stage with a cigarette in hand, a black mink coat on his back, and a tall, wide-brimmed hat on his head. “Peace and love, everybody,” he calmly declared, welcoming viewers to a deeply intimate evening with D’Angelo. He informed the audience that they would be the friends, opting for the concert route rather than a traditional 1v1 setting.

He kicked off the night with a performance featuring trumpet player Keyon Harrold (of his backing band The Vanguard), then transitioned to the fan favorite Smokey Robinson cover “Cruisin” from 1995 debut album Brown Sugar — to instant delight from viewers. After D’Angelo and DJ Scratch collaborated in performing the singer’s most celebrated early records, such as “Lady” and “Me and Those Dreamin Eyes of Mine,” Method Man and Redman joined the stage. D’Angelo instantly grinned seeing his Voodoo partners rap on “Left and Right.” The soul in the music and the joy blooming in the room was contagious.

After the rap legends and How High stars exited, D’Angelo dipped into “1000 Deaths” and continuously unraveling his stunning discography. DJ Scratch suggested they slow the pace down, submerging the audience in a deeply intense, sensual mood. D’Angelo effortlessly crooned over classics like “One Mo’Gin,” “Jonz in My Bonz,” “Feel Like Makin’ Love” and “Really Love.” Shortly after playing “Another Life,” “Send It On,” and “Spanish Joint,” Grammy award winning R&B singer H.E.R. joined to perform her Daniel Caesar collab “Best Part” with D’Angelo, while also mixing the chorus to his Lauryn Hill collab “Nothing Really Matters.”

His final stretch of songs was especially strong, leaning on some of his best songs, like “Brown Sugar” and “The Root,” and also playing a fuller version of Lauryn Hill’s “Nothing Really Matters.” At the very end, DJ Scratch joked how the comments section was clamoring for the biggest D’Angelo track of them all. The duo obliged the requests by closing out the outstanding set with the singularly sexy Voodoo smash “Untitled (How Does It Feel?),” saving the best for last.

Despite a uniformly positive reaction to D’Angelo’s Verzuz performance on social media, it attracted surprisingly low viewership on Instagram. Even at its height, it peaked well short of 200k fans tuning into the event live simultaneously on IG, considerably lower than past battles. It’s a far cry from both the frequently postponed Ashanti/Keyshia Cole faceoff, whose simultaneous IG viewership reached over 1.1 million viewers, and the record-setting 1.8 million peak from Gucci Mane and Jeezy’s grudge match.

Perhaps it could’ve been the shakeup in format, D’Angelo opting for a intimate solo performance rather than clashing against one of his peers. The aura in the room was considerably different, one favoring commemoration rather than a clawing urge to vanquish an opponent. Though the more competitive aspects of Verzuz have been de-emphasized over the course of its first year — and with the return of pro sports, they may fill less of a void than when the series first debuted in the early days of the COVID pandemic anyway — having two iconic figures playing off one another has always been a key dramatic element of the series, and one that was conspicuously missing on Saturday night. As a result, the stakes felt far lower than usual, and it could’ve had an effect on the casual fan’s investment.

However, regardless of the relatively low viewership, D’Angelo’s performance was still phenomenal. With the help of DJ Scratch, they curated an outstanding set of songs, weaving in and out of tempos and guests with ease. More than anything, D’Angelo’s concert on the Apollo stage created an avenue for viewers to celebrate both his own spotless musical career, and R&B on the whole. It’s a celebration of Black artists, spotlighting their illustrious past and exhilarating future.

D'Angelo's VERZUZ Set Was One For The Ages