In a new preview from DC Comics, it's revealed that the daughter of the first Aquaman will have the same major power he did beneath the waves. 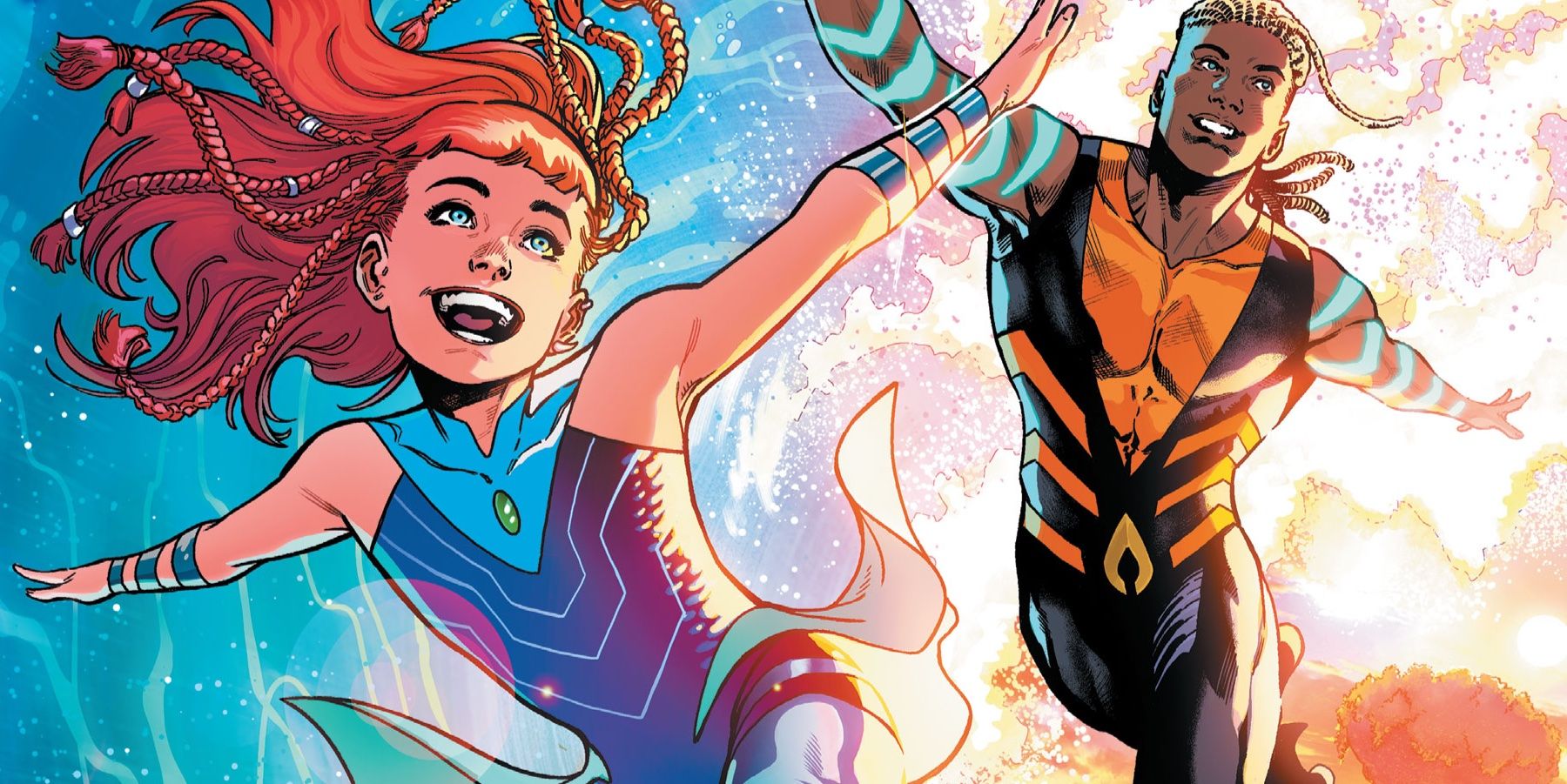 In a new preview from DC Comics, it's just been confirmed that Andy Curry, the daughter of the first , will inherit her father's powers in DC's . While Andy is still a baby in the DC's Universe's present timeline, Future State has revealed that she'll grow up to become the new Aquawoman, taking her father's place on the next generation of the Justice League. However, Future State: Aquaman #1 will reveal Andy's training by the second Aquaman Jackson Hyde (the former Aqualad), shows his discovery of Andy's new talents.

Andy Curry has already been featured at a point further along on the DC timeline in Joshua Williamson's Future State: Justice League #1, wielding twin-clawed gauntlets that are nearly indestructible. In that issue, she proves herself to be quite the capable fighter and hero. However, Future State: Aquaman #1 from writer Brandon Thomas with art by Daniel Sampere, readers see her journey to becoming a hero.

The issue will also focus on Jackson Hyde, who has taken on the mantle of Aquaman from Arthur Curry, while also being tasked with training Andy. It's been teased that something has happened to Andy's parents Arthur and Mera, though it remains a mystery. Regardless, Jackson has agreed to take on Andy as his protegé and sidekick, though an altercation with Jackson's own father Black Manta will cause tensions to run high and Andy's powers to kick in, as revealed in the preview pages for the issue. Check out the preview pages and synopsis from DC Comics:

While the issue synopsis teases some major things are in store for Jackson and Andy later on in the issue, such as Jackson's imprisonment on planet Neptune and interdimensional gateways, the reveal that Andy can communicate with sea life just like her father in the preview pages is pretty cool in its own right. While it may have come to light due to a pretty intense argument, it seems as though Jackson is determined to stay by Andy's side and continue mentoring her. It also looks as though that will pay off as well, seeing as how the first page implies Andy will be coming to rescue him. Does this mean Andy might also have her mother's power of hydro-kinesis as well? Jackson has that power himself, so he would be perfectly able to train her in Mera's absence if that's the case. Regardless, it will be very interesting to see Andy and her new powers in action as the new Aquawoman when the Future State issue releases in full from DC Comics.

More: Aquaman's Daughter Can Be a Greater Hero Than He Ever Was

Matrix 4: Predicting The REAL Title (& Why It Should Break...