The DC fandom is divided into two camps: those who a shared universe, and those who would rather try new and separate stories. 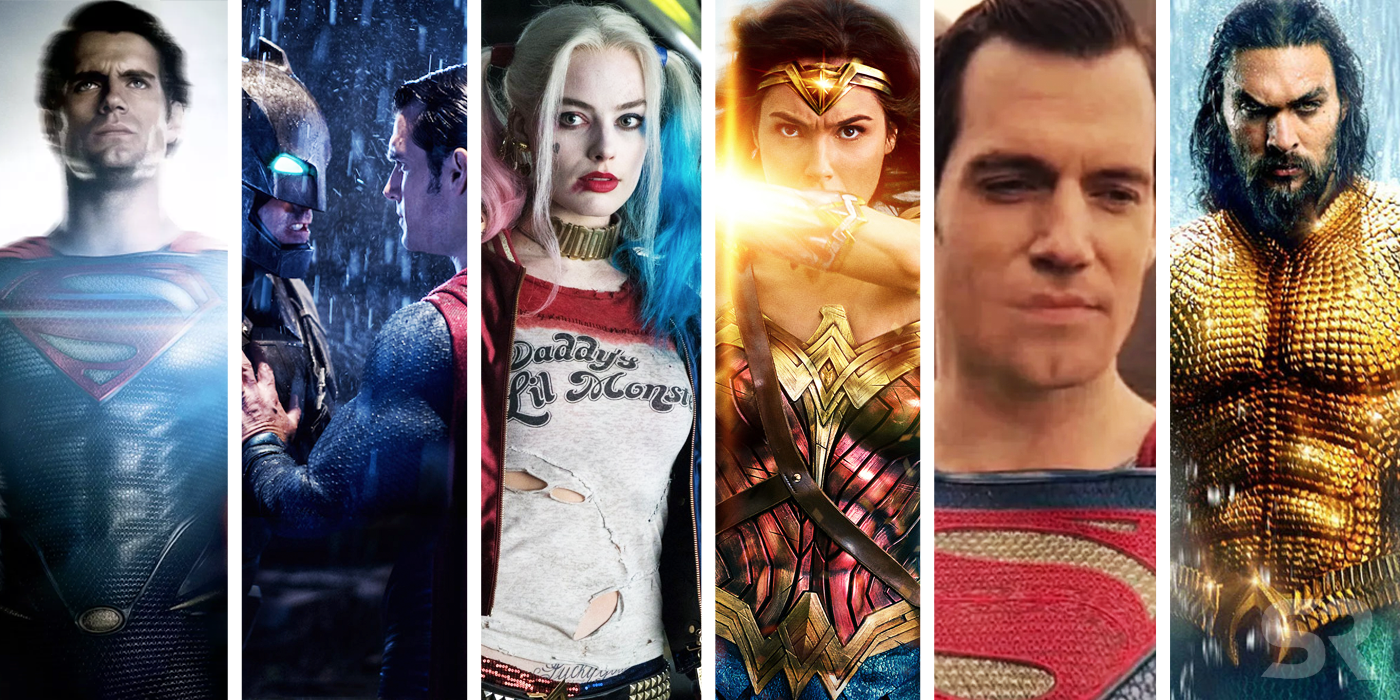 The DCEU seems to be an ever-evolving movie franchise. The overall premise of the universe seems to constantly be changing, and the DC fandom is divided into two camps: those who are in favor of restoring the original idea for a shared universe, and those who would rather try new and separate stories.

RELATED: DCEU: 5 Reasons Wonder Woman Is The Best Movie In The Franchise (& 5 Reasons It's Shazam)

There are enough compelling reasons to support each idea and, under the right direction, both could easily be a huge success for Warner Bros. However, a firm and decisive hand is needed to guide the DC Universe into the success it deserves. And it really needs to choose one way or the other because this indecisiveness will only overcomplicate things in the long run.

10 Keep: It Already Laid The Foundations

Going back to 2013's Man of Steel, Zack Snyder and company already flirted with the idea of a larger, shared universe. Things went into hyper-speed with the release of Batman v. Superman: Dawn of Justice in 2016, which introduced not only Batman and Wonder Woman but also the other three members of the Justice League.

To discontinue the story would seem like a senseless waste of resources and effort and would be a disservice to everyone involved. It's also a waste of time, considering the hours that millions of fans the world over spent watching these films.

9 Dismiss: The Foundations Are Shaky At Best

While it's true that the foundations for a shared universe are there, they are hardly well built. Flash, Cyborg, and Aquaman first appeared via video footage sent by e-mail. That's possibly the worst way to introduce compelling characters that audiences can root for.

Flash's film is still years away and Cyborg may be out of the picture entirely. Superman's last movie came out nearly five years ago and Batman didn't even get a standalone adventure. Only Aquaman and Wonder Woman survive from this first attempt at a shared universe, and considering the divisive reaction Wonder Woman 1984 got, things aren't looking well for the JL.

8 Keep: Success At The Box Office

Both Wonder Woman and Aquaman were incredibly successful at the box office. The former grossed $822 million, while the latter surpassed the one billion mark worldwide. And Suicide Squad, despite a complicated reception, still managed to make it all the way to $746.8 million.

These numbers are incredibly significant because they prove that the DCEU still awakens audience interest. And in an age when blockbusters have to consistently come near or surpass one billion just to stay in the game, interest, and loyalty are two things that can't be taken for granted.

While the DCEU certainly has its success stories, it also has a lot of bitter disappointments. Batman v. Superman failed to match studio expectations and after an incredibly strong start, it suffered a historic drop on its second weekend and never recovered.

Similarly, Shazam! and Birds of Prey performed rather poorly at the box office despite positive critical reception, with the latter failing to reach its break-even point of $250 million. Currently,  is also struggling, providing even more uncertainty to this complicated story.

6 Keep: A Shared Universe Is A Proven Success

Ever since The Avengers came out to resounding critical acclaim and incredibly strong box-office returns, studios have tried to emulate the MCU's formula. Hardly any of them succeeded and Marvel just stays winning. Of all the studios in Hollywood, only Warner Bros. has the IPs to try and compete at Marvel's level.

If done correctly, a shared universe can be the key to success but it takes time and patience. Four years and five films passed before Marvel's Avengers assembled for the first time. Studios can't rush the construction of these intricate, ambitious universes, otherwise, the result feels unfinished and unsatisfying.

5 Dismiss: Warner Bros. Can Forge Its Own Path

There is a precedent for DC stories that take place outside of the main universe canon. Elseworlds stories can be popular and effective, introducing new and interesting ideas that would otherwise be impossible to fulfill.

With every other studio trying to build their own shared universe, Elseworld stories give Warner Bros. the chance to set themselves apart by creating their unique take on what a cinematic universe should look like. It also provides the opportunity to give each property its own distinctive personality, instead of cramming them all under the same stylistic umbrella.

A shared universe allows things to follow down a defined, structured path. Each movie has a self-contained story and can even borrow elements from other films that came before. They usually share the same tone, allowing the entire thing to really feel like one single storyline, spread through several different episodes.

Consistency is the key to a cinematic universe and the main reason why the MCU is so successful. Marvel movies are instantly recognizable, familiar, reliable. They carry a guarantee that they'll be fun, exciting, and fairly predictable. And while this does make them slightly formulaic, it also keeps them steady and constant.

3 Dismiss: Too Much Drama

By now, everyone knows about the drama that took place behind the scenes in the Justice League movie. Ben Affleck openly spoke about how tough it was for him to play the role of Batman. And numerous conflicting reports came out of the Suicide Squad set, although most have been disproved.

The point is, the DCEU is less than ten years old and already has enough trouble to last a lifetime. By starting over with an entirely new slate of individual movies, they can work on repairing the damage they caused, rebuilding their reputation in the process.

Despite the many problems, DCEU actors have strong audience support. Henry Cavill's fans are very vocal on Twitter, reminding everyone why he's the best option for Superman. Similarly, Jason Momoa inspires a lot of devotion from the masses, and hardcore Snyder fans still hope for Ben Affleck to one day return to the role of Batman.

These actors did, and in some cases, continue to do their best with the material they're given. And whatever the current state of the DCEU is, there's no denying that each of them fits their role perfectly, both physically and acting-wise.

The DCEU began with a mixed response from critics. Many praised Man of Steel's visuals and score, but heavily criticized its lack of character development and overly dark tone. Reception to Batman v. Superman and Suicide Squad was even worse, with many critics considering the latter one of the worst superhero films ever.

Recently, things began to pick up. Wonder Woman and Aquaman were resounding successes, and even though Shazam! and Bird of Prey were box-office disappointments, they still received very positive reviews. Last year's controversial response to WW 1984 threw the universe into uncertainty once more, and with the way things are looking, it may be for the best to wipe everything and start again.

NEXT: Justice League: 5 Things The Snyder Cut Should Change About Superman (& 5 That Should Stay The Same)

Bridgerton: 10 Upcoming Movies & TV Shows That Will Feature The Cast