The Nurse remains one of the most powerful killers in Dead by Daylight. Her ability makes her one of the strongest characters in the game. 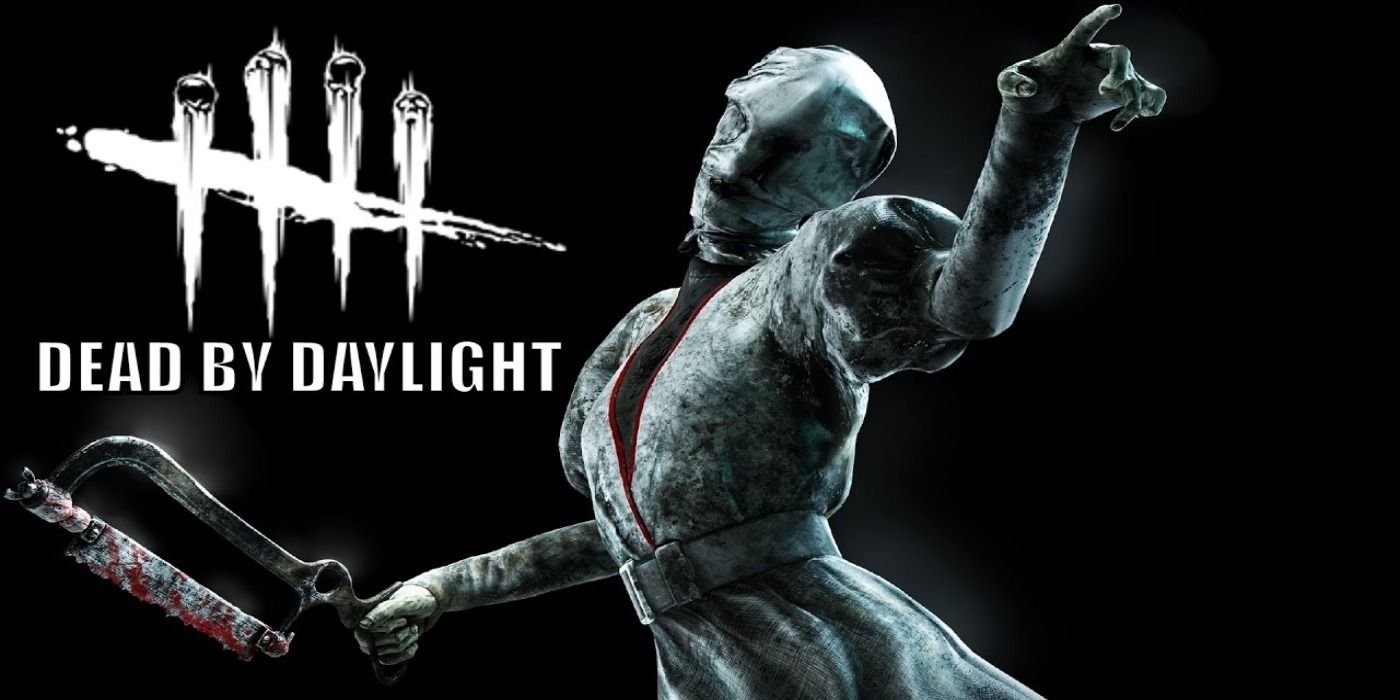 One of the most interesting and competitive online experiences, Dead by Daylight pits 4 survivors against one player-controlled killer. With a huge roster of both survivors and killers, fans of the game are spoiled for choice in regards to their options within Dead by Daylight. From the Hillbilly to the Demogorgon players can choose a variety of interesting and unique killers to play with based upon their preferred style of play. The gameplay of Dead by Daylight is relatively simple, survive the onslaught of the killer while completing various objectives throughout the map, while the killer's primary objective is to kill the survivors as quickly as possible. This creates one of the most addictingly intense matches in any competitive game on the market.

With such a huge roster of original and classic horror creatures and killers, players have a bounty of options to satisfy their bloodlust. However, one of the strongest killers in the game, is one of the original members of the cast, The Nurse. A killer so powerful she has received a necessary rework to tone her down a notch to fit the level of the rest of the cast. However, even with this rework, the nurse is still one of the strongest killers in the cast with a toolkit so useful that she will always terrorize survivors no matter the meta. This guide will explain how to play the Nurse effectively and the basic gameplan when using the character.

The Nurse's ability is relatively simple to wrap your head around. However, that is not to underplay the character's strength, as this one ability is what solidifies the character as among the best in the game.

On paper this ability does not seem all that useful, yes it allows players to travel the map incredibly quickly but there is another layer that makes the move such a threat in the Dead by Daylight meta. By adding additional time to Spencer's Last Breath the Nurse can blink multiple times in succession. These multiple blinks add an additional second to the recharge period per blink used in succession but it can be used to rapidly cover the distance of a fleeing survivor in an instant.

The Nurse also has the ability to attack immediately out of her blink, allow for a rapid way to strike Survivors running way from the fearsome killer. However, if you choose to attack out of this Blink and miss then the Nurse is placed in a recovery period that slows her movement speed and forces her to recover before she can attack. Even with this drawback being able to strike out of such a fast and powerful ability is yet another reason the character is still a force to reckoned with.

Something to consider when deciding when or when not to blink with the Nurse is that the ability has a major drawback. If a survivor shines a flashlight on the Nurse as she is blinking she will be stunned by the flash for a short period of time. Stunting her movement and chasing of the survivors. So be careful when choosing when or when not to blink. A well-timed flashlight can place the Nurse at a severe disadvantage.

Given the Nurse's relatively simple toolset it may come across as easy to excel with the character, however, this is not the case. Although Spencer's Last Breath is simple in theory it takes a master Nurse player to unlock the moves true potential. Here are some essential tips and tricks to master the Nurse's distinguishing ability, and the best way to utilize the powerful ability in the context of a match of Dead by Daylight.

The first, and by far the most important, part of playing the Nurse is to truly have a feel for a map's layout before playing the killer. As the majority of her toolkit revolves around being able to quickly and rapidly cut off fleeing survivors with Spencer's Last Breath. There will be shortcuts or particular paths that can give the character an edge in hunting the survivors and learning these routes will up your success rate with the character. So be sure to memorize the location of a map's generators, shortcuts, pallets, and overall layout so hunting will be much easier.

Although it may be tempting to spam Spencer's Last Breath to traverse the map, be sure to use the ability wisely and sparingly. Using the move will not only slow your killer's movement speed but also the frequency that players use the teleportation ability the less likely they will have it when they need it the most. If you do decide to use the blinking ability to travel the map be sure to opt for a longer distance blink instead of smaller blinks in rapid succession. That way you are more efficient with your blink usage and recharge time.

Finally, when playing the Nurse you have the ability to quickly and rapidly take out fleeing survivors, but that doesn't mean you should blindly chase players throughout the map. Be wise in your pursuit of other players, make smart and tactical use of your superior ability that way you can teleport to a useful cut-off point. Instead of wasting blinks to pop up behind a player use your teleportation to blink in front or beside a survivor that way you have the positional advantage to ambush the fleeing survivor.

Dead by Daylight is available on PS4, Xbox One, PC, and Nintendo Switch.

Pirates of the Caribbean 6: Release Date, Story, Cast, Will It Happen?