The original ending for Dead to Me season 2 was almost a lot darker for the characters played by Christina Applegate and Linda Cardellini. 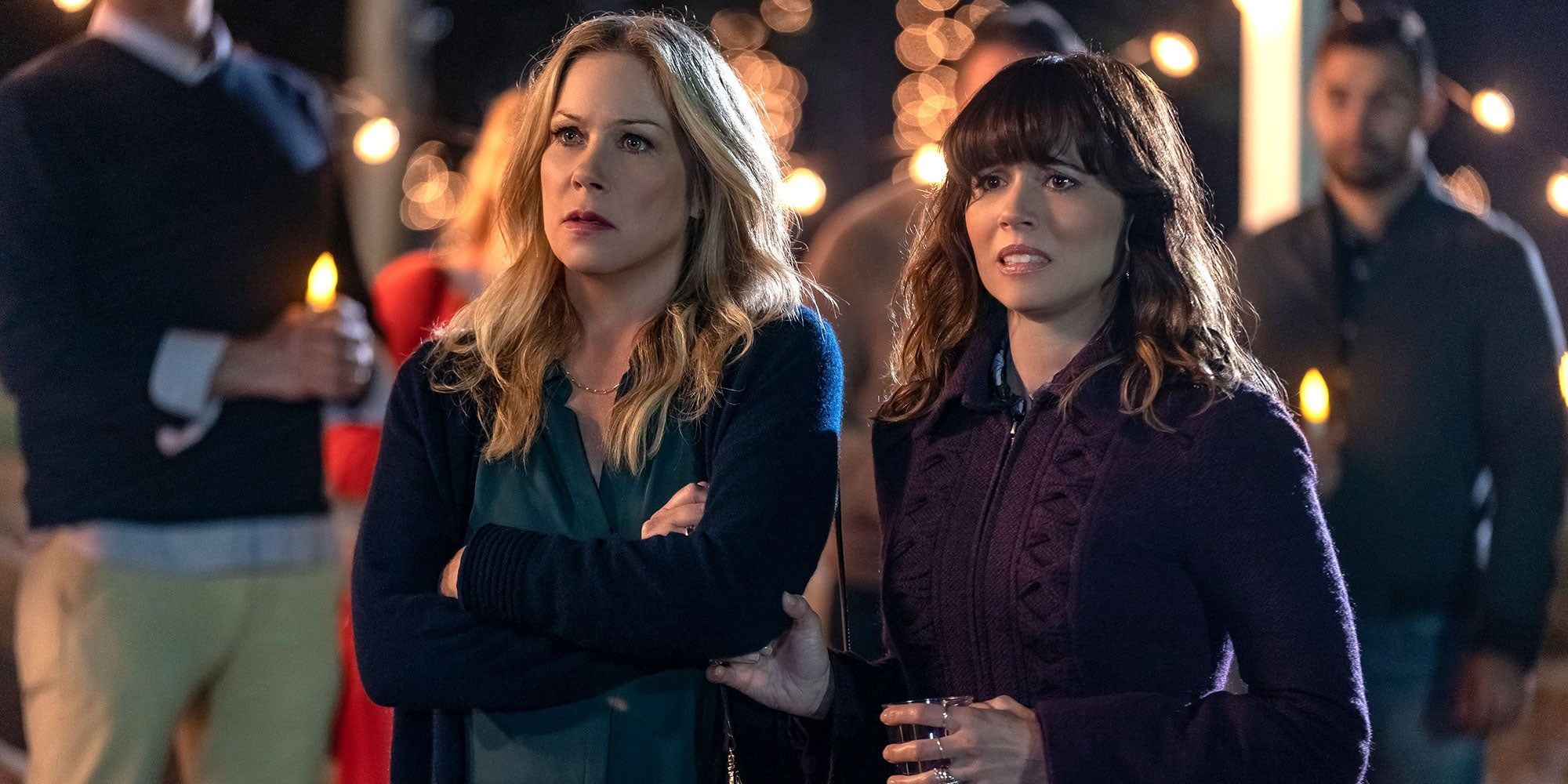 The ending of season 2 was almost a lot darker in the original script. The series didn't replicate the deadly cliffhanger of the debut season, but the conclusion of the follow-up season was heart-pounding nonetheless. Created by Liz Feldman, the Netflix comedy-drama features Christina Applegate and Linda Cardellini as best friends who can't hide from death and life-threatening secrets.

After the tumultuous first installment, season 2 focused on Jen Harding (Applegate) and Judy Hale (Cardellini) covering up the death of the latter's ex, Steve Wood (James Marsden). The women allowed his friends, family, and the police to believe Steve had simply disappeared after a money-laundering scheme, since Jen was technically the one to kill him. The arrival of Steve's twin brother, Ben (also played by Marsden), complicated matters but Jen and Judy managed to dispose of the dead body. In fact, Jen turned herself in at one point but the detective let her walk free, giving her and Judy a clean slate.

Related: Dead To Me Season 2 Ending Explained: How [SPOILER] Got Away With Murder

Jen and Judy finally thought they were in the clear by the end of the season 2 finale. They no longer had to live in complete paranoia, believing that the past was behind them. Meanwhile, Steve's body was being dug up by a dog, and Ben discovered that his brother was indeed dead. Having formerly been an alcoholic, Ben grabbed some booze and jumped in his car. Jen and Judy happened to be driving home with a new car for Jen's eldest son Charlie when they were T-boned by another vehicle. Unbeknownst to them, the other driver was Ben who then preceded to flee from the scene. Though both women were clearly shown to be awake following the crash, that almost wasn't the case in the early versions of the script.

In an interview with , Feldman revealed that Jen's fate wasn't going to be confirmed, stating that "it was actually scripted that we don’t know whether she survives or not." The character was initially going to remain unconscious, and they even shot the version where she didn't wake up in the show's final moments. This would have amplified the cliffhanger with an extra bit of drama. Instead, they went with the version with Jen coming to and muttering the line "oh sh–t," revealing her survival.

Feldman felt that the original ending was too dark, especially considering everything the two women previously endured. It was clearly more dramatic, but toying with Jen's fate wasn't the direction the writers wanted to go. Feldman also knew that the audience would never believe that the series would kill off Applegate's character. It would have been a cheap trick, or "Schmuck Bait" as Feldman called it, to play on viewers like that, considering that Jen serves as one of the faces of the Netflix series. The version which made it into Dead to Me's season 2 finale was deemed more satisfying, while still leaving the door open for a third season.

Next: What To Expect From Dead To Me Season 3