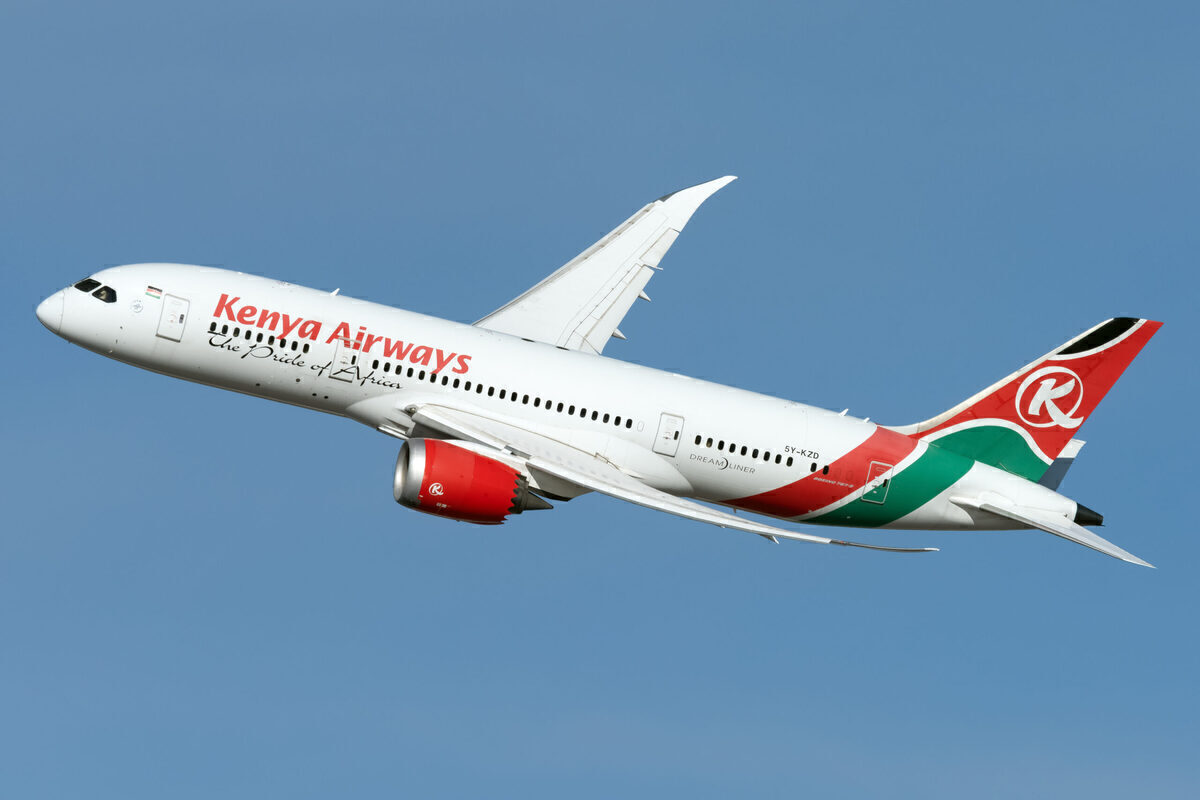 Kenya Airways has an important role in Africa and could be a strong player with the removal of debt, recapitalization, and a sensible plan for the future. However, it slipped from the fifth-largest to seventh-largest carrier operating to, from, and within Africa, as airlines like Emirates have overtaken its position.

Kenya Airways is in the same boat as many other government-owned airlines. It struggles to turn a profit, and has become saddled with large amounts of debt. Right now, the airline is at a turning point, where it must set out a plan for the future and target its space in both Africa and the international market.

Emirates is a larger player

Back in 2011, Kenya Airways ended the year with almost 7.7 million seats. This number rose by only 455,000 in the following eight years, to the end of 2019. Its dominance to, from, and within Africa dropped from fifth place to seventh, analyzing OAG data reveals, with Emirates becoming a larger player.

It’s a similar story in Kenya. In 2011, Kenya Airways’ share of all seats to, from, and within the country amounted to 47%. Back then, it operated 57 routes (non-stop and one-stop) from Nairobi. By 2019, this had reduced to just 39% with the same number of routes.

However, if Jambojet – Kenya Airways’ fully-owned and lower-cost subsidiary – is included, Group dominance in Kenya was 62% in 2019. And in 2021, Dash 8-400-operating Jambojet has passed the one million seat milestone. All of this raises the question of what may happen with the role of Kenya Airways and its subsidiary in the future.

Go back to basics?

“If Kenya Airways seeks stronger financial success, then a successful airline will probably be dominant in domestic/regional markets, with at least 60% market share in Kenya,” Mendes believes.

“Alongside this regional and domestic approach, it could operate a handful of routes that make sense, such as Dubai, India, South Africa, and maybe a few points in Europe and China where the demand with Africa is strong enough to support a smaller hub.”

This year, Kenya Airways’ non-Africa route map comprises eight destinations, with Bangkok and Geneva not served. However, it recently suspended Heathrow, although it has been operating there. Dubai is by far the largest of these, with typically a twice-daily service using both B787-8s and B737-800s.

Fleet down to two?

“They probably also need to rationalize the fleet down to no more than two types,” Mendes said, down from the current three. This would help to realize long-term cost savings and efficiencies throughout the airline.

Kenya Airways has been using its Embraers more than ever, which Mendes says has “probably been essential” in keeping the carrier’s operations economically viable.

Kenya Airways’ Embraer 190s are used widely, including on four-hour-plus routes, such as the 2,558-mile sector from Nairobi (NBO) to Cape Town (CPT) via, depending on the day, Victoria Falls (VFA) or Livingstone (LVI). Also to Mauritius (MRU) and, with a flight time of around five hours in both directions, occasionally on the 2,383-mile service to Lagos (LOS).

What do you think the future of both Kenya Airways and Jambojet should look like? Comment below!

Emirates Unable To Factor In 777X For Route Planning

How Etihad Airways Is Celebrating 50 Years Of The UAE

Indian Flight Ban Extended Until End Of The Month