The ANA Inspiration will have many of the traditional trappings of the LPGA major championship next week, but it won’t have a defending (...) 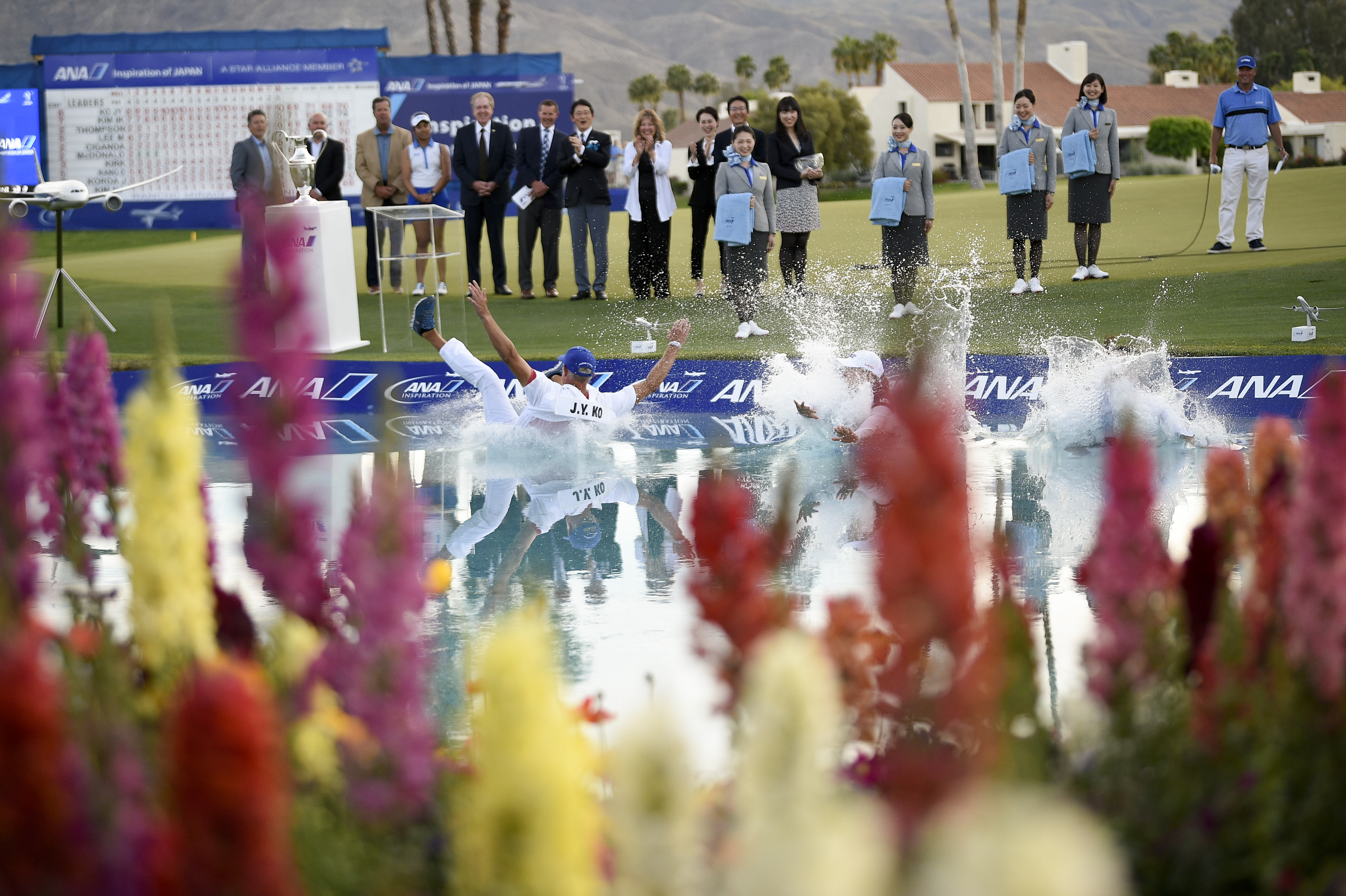 The ANA Inspiration will have many of the traditional trappings of the LPGA major championship next week, but it won’t have a defending champion. In addition, the major will have rarely seen golf carts at a professional tournament because of projected triple-digit temperatures.

Jin Young Ko, who won last year’s ANA Inspiration by three shots and who went on to become the LPGA Rolex Player of the Year, will not be in the field when the rescheduled event is played Sept. 10-13.

Ko, the No. 1 player in the world rankings and from South Korea, has yet to play a tournament on the LPGA in 2020, a year in which the LPGA’s schedule has been jumbled by the COVID-19 virus.

Also not in the field of the major championship next week are Korean golfers Hyo-Joo Kim, ranked 10th in the Rolex Women’s World Rankings, No. 11 Jeong Eun Lee6 and No. 13 So Yeon Ryu, the 2017 ANA Inspiration championship. All four of those players have been playing on the Korean LPGA for much of the summer as LPGA events were canceled or moved to new dates.

It will be the second major championship on the LPGA in four weeks that Ko and other top Korean players have skipped. Many of the players chose not to travel to Scotland two weeks ago for the AIG Women’s British Open.

Other Korean players have been playing LPGA events, including Hall of Famer In Bee Park, Sei Young Kim, I.K. Kim and world No. 4 Sung Hyun Park, all of whom are entered in the ANA Inspiration.

The Center for Disease Control still rates both the United States and South Korea as high risk for COVID-19, and there are travel restrictions between the two counties. While some Korean stars have American bases and came to the United States last February when the virus was causing cancellation of three tournaments in Asia, other golfers went to their home countries at the start of the pandemic.

In all, 15 of the top-20 players in the world rankings are entered in the ANA Inspiration.

The last time a defending champion of the major championship at Mission Hills Country Club was not in the field the next year was in 2004, when 2003 winner Patricia Meunier-LeBouc missed the Rancho Mirage event after having a baby just seven weeks before the tournament.

The change in the date of the tournament because of COVID-19 has brought another health and safety concern to the event. With temperatures at the event expected to be at least 100 degrees each day and perhaps over 110 degrees on the weekend, the LPGA has decided to allow caddies in the tournament to use carts if they wish.

“Projected temperatures next week will range from 105-115 and we are very conscious of the high heat. 2020 has been the year of health and safety, and with that in mind, we will be allowing caddies to take carts for the week,” a memo Thursday from the LPGA to players and caddies said.

Players will not be allowed to ride in the carts, and caddies have the right to walk or use the carts.

Tour Championship: What you need to know about staggered scoring, the money, the...

No fans for QBE Shootout, CME Group Tour Championship due...

Collin Morikawa on epic shot that led to PGA Championship...