On April 24th, US carrier Delta Air Lines released a list of international services that will begin in…

On April 24th, US carrier Delta Air Lines released a list of international services that will begin in May. While international capacity will be down almost 90%, select routes will see scheduled flights operate again, allowing for the movement of people and cargo.

Most of the announced resumptions are on routes within North and South America. Major overseas routes to Asia, Australia, Europe, and Africa will remain suspended for the time being. Most of those countries are still under significant travel restrictions if not a complete lockdown.

Delta will reinstate four daily flights to Canada. Some will operate more than once per day. Most will see Delta Connection service with some mainline flights:

Another three will operate on less than daily frequencies. A quick search on Google Flights sees these routes will fly about five times per week:

To Mexico, Delta will resume service from both Atlanta and Salt Lake City to Mexico City and a separate flight from Atlanta to Cancun. To South America, five flights will depart Delta’s largest hub in Atlanta from the second half of May, most about three times per week:

From Seattle, Delta will fly Airbus A330-900neo aircraft to Seoul and Tokyo-Haneda. Meanwhile, an Airbus A350-900 will operate the same flights out of Detroit.

The importance of these routes

Most of these routes are places where Delta has a strong source of revenue. Transatlantic and transpacific routes are mainly to partner hubs, with the exception being Tokyo-Haneda. Although Delta has been pretty upbeat about getting slots at Haneda, which may be part of the carrier’s calculus on these routes.

In addition, to South America, Delta is launching services to key destinations that also serve as hubs for its new partner- LATAM, which has arms in Brazil, Argentina, Peru, and its main base in Santiago. Modern cabins are available on 767-400ER flights to Santiago and Sao Paulo. With these cities, Delta can leverage some additional connections to get people where they need to go.

In total, Delta will cut 90% of its international capacity in May. Domestic capacity is down about 80%, with the carrier meeting the minimum essential services as mandated by the US Department of Transportation. This schedule is likely to change in the coming weeks. Additional government restrictions may lead to some routes being suspended. Alternately, we could see reopenings due to increased demand, with other cities added to the list. Information about other flights is currently not available.

Leisure travel is something that should be avoided for now. Governments are taking this issue seriously, and passengers may be faced with quarantines on either end of their travels. Most likely, Delta is opening these flights up to get people home and facilitate the movement of crucial cargo.

Will you take any of these international flights in May? Let us know in the comments!

With an over-abundance of capacity during this climate of reduced travel, airlines the world over have grounded their… 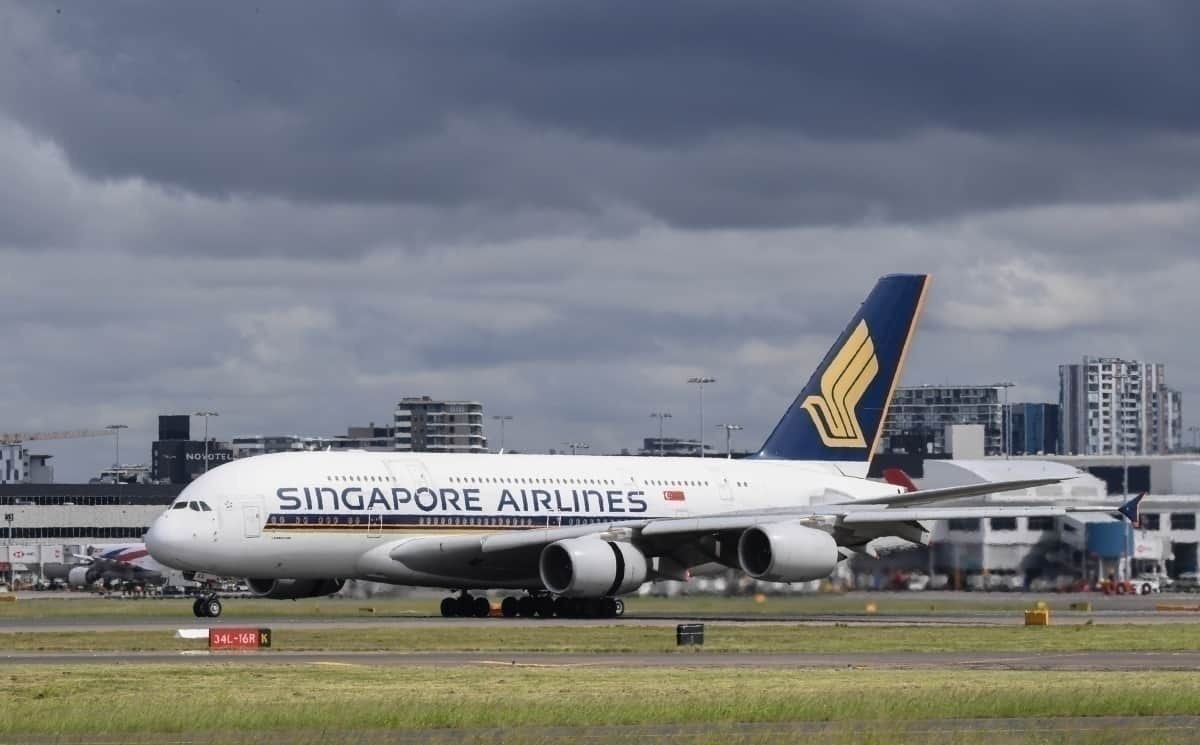 With an over-abundance of capacity during this climate of reduced travel, airlines the world over have grounded their larger aircraft. For many airlines, the Airbus A380 was first on the chopping block. Now, as the COVID-19 pandemic drags on, airlines are moving their grounded aircraft into long-term storage. For Singapore Airlines, this means flying its A380s to Alice Springs, Australia.

The Simple Flying team recently spotted the A380s heading towards Alice Springs via information available on FlightRadar24.com. Having departed roughly one hour apart from each other, the four superjumbos, their flight numbers, and registrations are as follows:

Departing Singapore Changi (SIN), their destination is Alice Springs Airport (ASP). The actual flight time for the aircraft was just over five hours. The aircraft range between just three and eight years of age.

Most avgeeks with a sense of geography will pick up on the significance of Alice Springs. Positioned in the absolute middle of Australia (the city is only a few hundred kilometers away from the accurate center of the continent), the area of Alice Springs is surrounded by the vast desert outback.

This region and its arid climate are consistently dry with very little rain, no storms, and zero humidity. Humidity is the main concern as its presence will bring about corrosion for aircraft components. This will not be a problem at ASP.

While the temperature here has been known to reach some extremes, the electronics on board the aircraft should not be negatively affected. In fact, it is currently autumn in the southern hemisphere. As we into the Australian winter, we’ll see milder temperatures in the mid to low teens for the next four or five months. Extreme heat won’t be a problem in the short term.

Another ideal aspect of regions like this is that the surface is solid enough to support the weight of these massive aircraft. Thus no paving is required of the vast landscape with little worry about damage to the ground. Another well-known region that supports “airplane boneyards” is the Mojave Desert in the United States, with sites in both California and Arizona.

According to Mainly Miles, Alice Springs is already host to three of Singapore Airlines’ Boeing 777-200ERs as well as two Scoot Airbus A320s. Furthermore, SilkAir’s fleet of six Boeing 737 MAX 8 aircraft have been at ASP for more than six months.

These aircraft won’t be totally abandoned at the storage facility. In fact, regular maintenance must be performed on all aircraft to ensure they are suitable for operation when the time comes. As we noted in a previous article,  wheels have to be turned just slightly on a daily basis to prevent warping under the weight of the aircraft. Beyond this, inspections and tests need to be performed on a weekly basis.

Do you think we’ll see even more aircraft join these A380s at Alice Springs? Let us know in the comments.

How Aviation In The US Took Off: The Boeing Monomail