Did Bryson DeChambeau go for it on No. 6 at Arnold Palmer Invitational on Thursday?

ORLANDO – Even for Bryson DeChambeau, the Paul Bunyan of the PGA Tour, the challenge looks unconquerable. Trying to drive a par-5? (...) 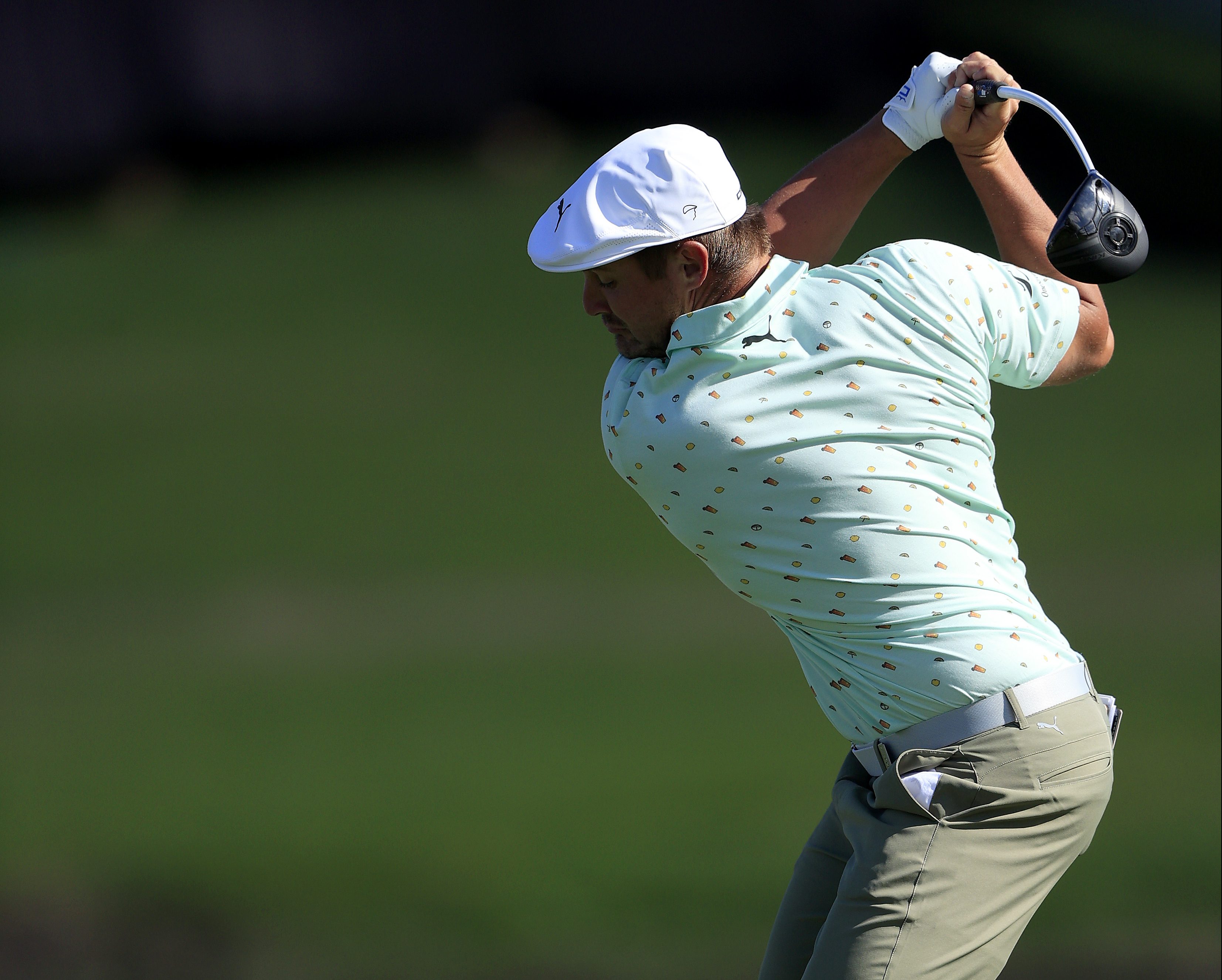 ORLANDO – Even for Bryson DeChambeau, the Paul Bunyan of the PGA Tour, the challenge looks unconquerable.

But that’s exactly what one of the biggest boppers on the PGA Tour said he intends to do this week at the Arnold Palmer Invitational at the 555-yard, par-5 sixth hole that is guarded by a lake on the hole’s entire left side.

Back in January, he told Golf.com he would “100 percent” try to drive the green.

“No. 6 at Bay Hill is one of those I’ve been eyeing,” DeChambeau told Golf.com. “I think I can do some pretty cool things on it.”

But conditions have to be favorable for DeChambeau to pull off the feat. While the scorecard reads 555 yards, the green can be reached by cutting across the water and carrying the ball 340-350 yards from the back tees.

Standing on the tee box during Thursday’s opening round, DeChambeau played with the crowd, initially pulling his 3 wood from the bag. The crowd moaned. He laughed. Then he took out his driver, and played aggressively to a conservative line that found the fairway. At the time of the drive, the wind was slightly against DeChambeau, who was just one off the lead.

Update: Not today. But not a bad "lay up." pic.twitter.com/7TR7RfGcXk

He bombed a 309-yard drive, safely hitting to a once-unthinkable part of the fairway, but not cutting the whole lake off.

He went on to make birdie and stood just one off the lead after the hole.

But the reigning U.S. Open champ gave it a go during Wednesday’s pro-am, even with the wind against him.

“Everybody wants to see this,” DeChambeau said as he walked to the tee that day.

And then he hit two balls into the water, coming up 20 yards short each time.

Later on Twitter, he added: “Thought I would attempt to carry the 6th hole today (340 with the carry). Wind was brutal and I came up short (only gave it a few tries) but might be something I go for if the conditions are right.

If he makes the cut, DeChambeau will have three more chances to clear the water and reach the green. So, yes, we’ll see.

Rickie Fowler is struggling, and Nick Faldo took a nasty shot at him

Sebastian Munoz in right frame of mind ahead of Sanderson...