The Wallabies have had a mixed 2020. The highs of Wellington and Brisbane have been contrasted with poor results against the All Blacks and Argentina. As they prepare for their final game against Los Pumas this week (almost certainly a dead rubber given the All Blacks’ bonus-point win over the weekend), what is the one […] 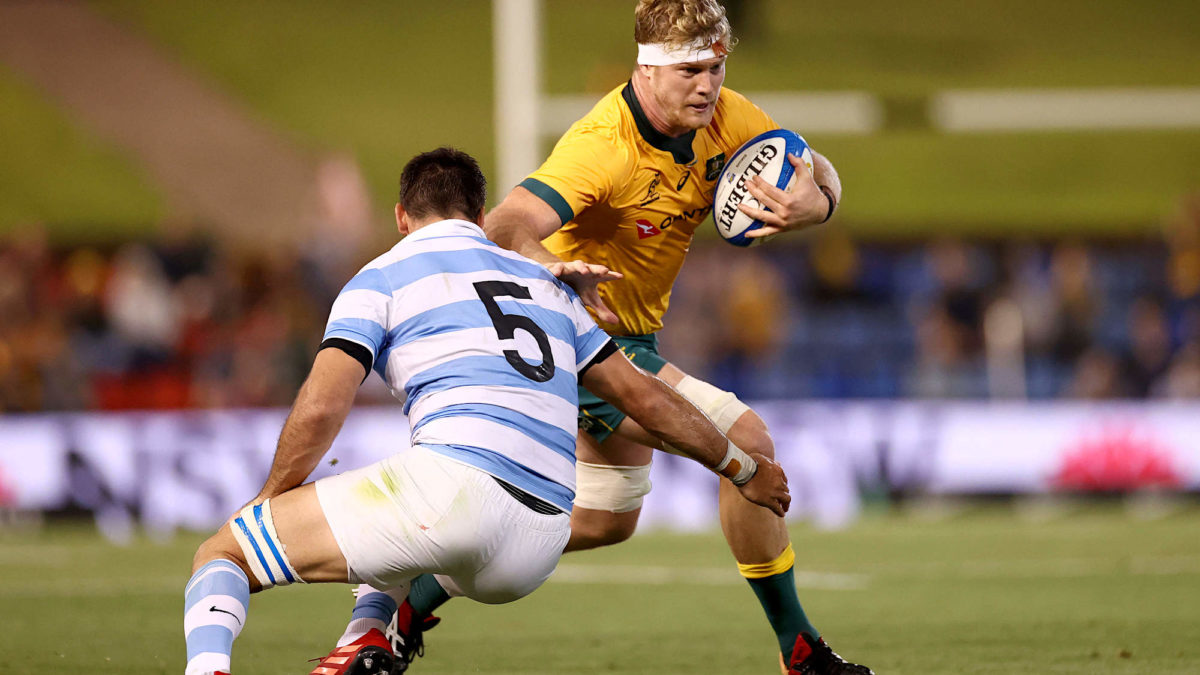 The highs of Wellington and Brisbane have been contrasted with poor results against the All Blacks and Argentina. As they prepare for their final game against Los Pumas this week (almost certainly a dead rubber given the All Blacks’ bonus-point win over the weekend), what is the one thing they should focus on?

No, I don’t just mean avoiding stupid high tackles like Lachlan Swinton’s against Sam Whitelock. Of course, that is part of it.

But the most frustrating element of the Wallabies’ performances this year has been their looseness and failure to get the little things right. If there’s one thing to drum into the players this week, it’s discipline.

Discipline makes the lineout more accurate. Dane Coles and Codie Taylor fill their teammates and All Black fans with calm when New Zealand receive a lineout: in the vast majority of situations, the ball goes in and the ball comes out. This also has to do with effective calling by the locks and quick thinking by Aaron Smith, as well as a backline formation set to capitalise on quick ball.

Now, contrast that with the trepidation many Wallabies fans doubtlessly feel when Brandon Paenga-Amosa or Folau Fainga’a stand over a lineout.

Will the ball go straight? Will the lock catch it? Why are we playing a fancy short lineout and losing it immediately?

Put simply, the All Blacks don’t make you ask those questions: the Wallabies do. Discipline means that the ball goes in straight, gets to the target, and goes out quickly to the attacking backline.

Discipline also stops the Wallabies conceding cheap penalties. They were comfortably winning 15-6 with 20 mins to go against Argentina, before three stupid penalties gave Nicolas Sanchez the opportunity to level the scores. Again, the All Blacks were notable for their sheer refusal to give away any kickable penalties against Argentina last Saturday.

In a defence-dominated world, the reality is that penalties are gold: reduce the number you concede and your chances of winning increase significantly. So let’s stop the stupid offsides, playing the ball on the ground and not releasing.

Lastly, discipline means making the right decisions on attack. Too many times this season have we seen the Wallabies attempt a fancy offload or a mindless grubber kick when in a promising position: witness Jordan Petaia in the last few minutes against Argentina with players outside him on the right.

The razzle-dazzle makes sense when you execute it properly. And in many cases, the willingness of young Wallaby players to attempt the difficult offload or kick is to be commended. We championed the fearlessness of youth as an antidote to the inferiority complex the Wallabies have had when it comes to the All Blacks, and that can’t change.

But bravery is not stupidity. Youngsters like Petaia, Harry Wilson, and Filipo Daugunu have learnt the hard way that mistakes cost you matches at Test level. This weekend, we need to see more maturity in their decision-making to convert possession and territory into tries.

It’s here that James O’Connor and Matt To’omua can thrive as the leaders of the backline. Without them, Australia have struggled for any sort of attacking structure. They turned Bledisloe 4 into an arm-wrestle and just about squeaked through with a victory, but that’s no way to consistently win Tests.

Reece Hodge is not a Test 10, and Noah Lolesio is not there yet. Hunter Paisami and Petaia are runners rather than passers, while Tom Banks is not an auxiliary playmaker.

With the likely return of O’Connor to flyhalf this week, Australia have the opportunity to put together attacking sequences with discipline and effective decision-making. To’omua will only add to that when he comes back to the 12 jersey next year: his injury in Bledisloe 2 was a massive turning point for the Wallabies’ season.

Dave Rennie will know that his job is far from complete.

Rennie, Scott Wisemantel and the rest of the coaching team have an opportunity to lay down a marker for the next three years by drawing a disciplined win from the Wallabies over the Pumas: don’t lose ball on your lineout, no silly penalties, and keep your head with the ball in hand.

Put simply, the Wallabies cannot accept any less than the brutal efficiency New Zealand delivered in Newcastle on Saturday night.

Continue to indulge ill-discipline and the stasis of Australian rugby will continue into another disappointing World Cup and beyond.

How the All Blacks found their wings in Newcastle

Dave Rennie’s Wallaby XV: Who gets the nod from countless...

Wallabies dealt major blow as the extent of Jordan Petaia’s...